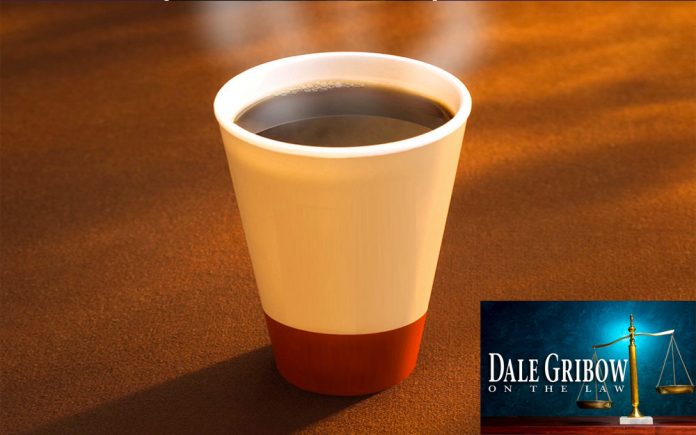 Whenever lawyers get together, inevitably the McDonald’s hot coffee case comes up and we discuss whether it was a fair verdict. In other words, was justice served? I have discussed the case in the past, however, new information, unknown to most lawyers, makes the outcome understandable.

At first glance it seemed like a stupid  verdict. However, few know all the facts which support the underlying verdict. This verdict led to the Stella Awards for crazy litigation.

The Stella awards were created for the most outlandish lawsuits and verdicts in the USA. These are the kinds of cases that make everyone ask, Why? What most people don’t know is that there were many McDonald’s complaints stating their coffee was too hot, and many customers got burned.

I don’t know of a lawyer, who would have accepted the McDonalds case in 1990, based on what we all read and heard in the news. Stella Liebeck, 79, had retired a week earlier, purchased .49 coffee in the drive thru, and was parked in the McDonald’s lot. Because her car didn’t have a cup holder, she put the coffee between her thighs, to remove the lid and add sugar. In so doing, the coffee spilled, resulting in major 3rd degree burns covering 16% of her body and disabling her for 2 years. It was reported she almost died from this.

Stella retained a lawyer to file for Gross Negligence, after McDonalds refused to pay $18,000 for her medicals and daughter’s loss of earnings driving her to doctor appointments, and offered $800. At mediation Stella demanded $200k. That too was denied. McDonalds responded “coffee tastes better at a high temperature” of 180-190 degrees.

This was after the Shriners Burn Institute previously warned the franchise food industry to not brew above 130 degrees, because customers could get burned. That was 50 degrees cooler than McDonalds. However, McDonalds continued to require their franchisees to brew at higher temperatures.

The jury had to decide what percent of fault should be attributed to Stella. During the proceedings the jury learned that McDonalds was not going to do anything about this issue. Thus, they decided Stella was 20% at fault and awarded her $200k for her medicals less 20%… and $2.7 Million in punitive damages. The judge reduced the verdict amount.

The amount was the equivalent of 2 days’ worth of coffee sales, reported to be $1.3M/day and brewed dangerously too hot. Lawyers argued, the only way to get the attention of a big company was by punitive damages…to punish them to change their ways.

The ruling was appealed, and then the matter was settled outside of court …with a Non-Disclosure Agreement.  McDonalds was found to be 80% at fault. This was because they knew of the danger, and didn’t do anything about it.

The case has been reported inaccurately all over the world and supported the term Frivolous Lawsuit. Was this because McDonalds PR people took the lead and spread false info so that there was no sympathy for Stella? It was suggested she was an irresponsible scam artist, and was bringing a Frivolous Lawsuit. It was not reported that Stella had asked McDonalds to request all their franchisees brew at a lower temp and pay her medical bills.

Now that you know “the rest of the story” I think you will agree it was in reality a fair verdict. Clearly justice was served!

DALE GRIBOW
Representing the Seriously Injured and Criminally Accused
“TOP LAWYER” – California’s Prestige Magazine, Palm Springs Life (PI/DUI) 2011-23
“TOP LAWYER”  – Inland Empire Magazine
PERFECT 10.0 AVVO “Peer” Rating
5 STAR Rating
AV- MARTINDALE HUBBELL  (A FOR LEGAL ABILITY, V FOR VERY HIGH ETHICS)
DRINKING AND TEXTING BOTH CAUSE ARRESTS AND ACCIDENTS, OR MAKE A DRIVER LESS LIKELY TO AVOID A DUI INDUCED ARREST OR NON FAULT ACCIDENT.
BEING INTOXICATED, IS JUST AS SERIOUS AS BEING INTEXTICATED.
A DRIVER MUST DO EVERYTHING POSSIBLE TO AVOID AN AT FAULT ACCIDENT.
THE BOTTOM LINE IS “DON’T DRINK AND DRIVE OR TEXT, AND GET A DUI OR ACCIDENT…
CALL A TAXI, LYFT OR UBER….THEY ARE A LOT CHEAPER THAN CALLING ME”.
Office – 760-837-7500  Fax – 760 837-7502
Dale@DaleGribowLaw.com
www.DaleGribowLaw.com