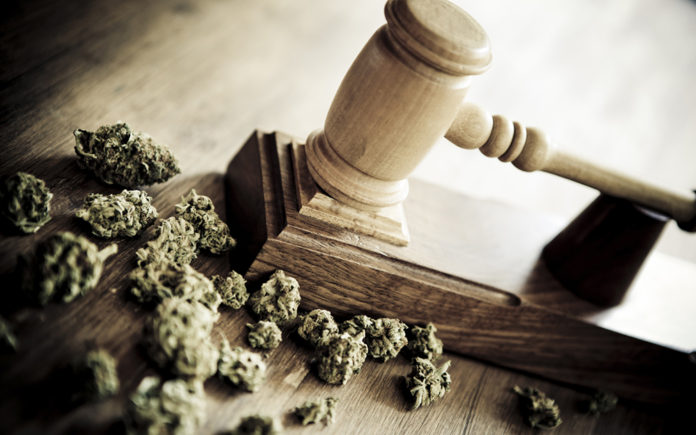 The 115th Congress has been very busy introducing twenty bills in either the Senate or the House to either decriminalize marijuana on the federal level, tax it on the federal level, research, or respect whatever is in the State law. As usual none of these bills are going anywhere and the 115th Congress has only days until it expires. Then the bills will die on the rack and need to be reintroduced in the next Congress.

So why are there so many Senators and Congressmen supporting legalization of marijuana yet not doing anything significant to pass all them into law? Like the health care bill, are they pandering to the public by introducing a bill knowing it will never pass? Why do Senators Feinstein, Harris, and the fifty-one California Congressmen in the House not have their name on one of these bills to decriminalize marijuana when our State was the first to legalize medical marijuana? Only Congressmen Dana Rohrabacher and Duncan Hunter have sponsored bills related to changing federal laws.

Changing laws is Congress’s job not the President or the Attorney General. The only physician representing California is our own Dr. Raul Ruiz. We hope he would educate his fellow congressmen on the definitions of delta-9Tetrahydrocannabinol, cannabis, cannabidiol and cannabinol rich plants as many of the bills are only dealing with hemp based marijuana. Decriminalizing only hemp based marijuana would be a travesty. I have tried to contact Ruiz, Harris, and Feinstein but I only get the same boilerplate response that has nothing to do with the letter or call I gave.

The only way we will change the law is when the folks start demanding it. When those taking medical marijuana start crossing state lines and find out they cannot take their medical cannabis legally they will be exposed to the ludicrous practice of state legality vs federal illegality. It isn’t sustainable. We cannot have every state passing separate cultivation, taxing, banking, testing, distributing, and selling laws. We don’t have that for other food items and medications.

Believing hemp based products is the answer is folly. The hemp based medical marijuana that is sold across state lines more frequently comes from out of the Country. It lacks a primary ingredient: the terpenes. The testing is not standardized. When you purchase a narcotic in a CA Walgreens it is the same drug that is purchased from Rite Aid in Ohio. That uniformity is a product of federal control. Marijuana will not come out of the black market until we have uniform laws.

Everyone is so wrapped up in the politics of division that we are losing site of the best opportunity to treat the opioid epidemic, treat previously untreatable symptoms, and gain product purity. When have we ever had over twenty bills introduced in Congress to decriminalize marijuana? When have we ever had over fifty Congressmen, both Democratic and Republican,  turning upside down, the lie perpetrated by the politics in Washington. The science side of the Federal Government, FDA, and NIH, both know marijuana/cannabis is an effective treatment for many neurodegenerative, inflammatory and immunologic diseases, (i.e. Alzheimer’s, Parkinson’s, multiple sclerosis, ADHD, seizure disorders). The FDA, NIH are waiting for someone in the legislature to tell them to change the rule.

I would like to spend a few words on “cannabis failure”. A common complaint about medical cannabis is: “I tried it and it didn’t work.” What is not known by the bud tenders in the dispensaries is medical marijuana does not always work immediately on everyone. Users need to increase their dose to a therapeutic level. Directions on the label legally cannot tell you how to use it. Therefore, users should seek a professional medical person to instruct on titration of the dose. Or visit healer.com a website by Dr. Sulak who is a very knowledgeable marijuana physician based out of Maine

Titration is the process of determining the medication dose that reduces symptoms to the greatest possible degree while avoiding possible side effects. When your doctor “titrates” a dose, they are making adjustments to how much medicine you’re taking.