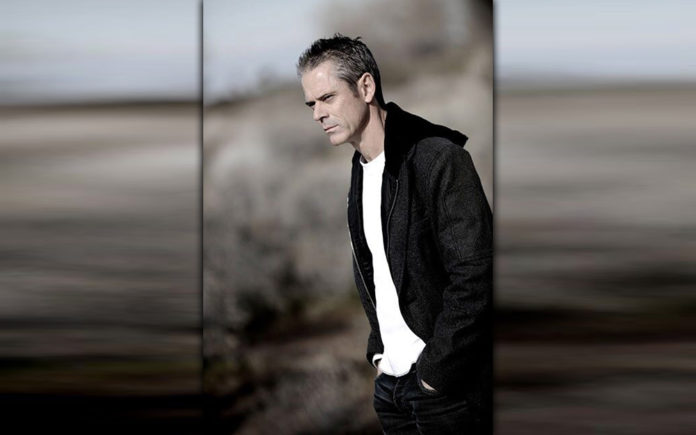 C. Thomas Howell began his acting career as a teenager in 1982’s highest grossing film, E.T., and he hasn’t stopped working since. His notable filmography includes roles in successful movies such as: The Outsiders, Red Dawn, The Hitcher, Soul Man, and the Amazing Spider-Man, to name only a few. In more recent years, Mr. Howell has made a slight departure from film and into television acting. Fans of The Blacklist, Criminal Minds, Ray Donovan, The Punisher, and Southland remember him from his turns on those popular shows. With an illustrious career that spans his lifetime, I still wasn’t sure what to call him when we spoke. Since seeing him on the big screen when I was little, I’d always referred to him as, well, C. Thomas Howell. Now, decades later, he was calling to talk about his guest spot at the June 22-24 PS Comic Xpo. “Hi, this is Thomas!” he told me as I answered the phone. Ah, mystery solved. I could literally hear birds chirping in the background as he called from his home in the Blue Ridge Mountains in Georgia. We were off to a smashing start.

CVW: When I was a little kid, I saw Soul Man in the theater and loved it. It strikes me as unnecessarily controversial these days, as it’s no less an important commentary on society than Get Out and no more offensive than the Wayans Brothers being “white” in White Chicks. What are your thoughts, almost 30 years later?

CTH: “You know, it’s funny. Obviously, there was no social media back then and people were blissfully unconscious in their own realm. We approached that movie in a very fun, non-racial way as far as the messages involved. You can’t really get past any conversations with anybody about it, though – they bring up 18-year old white kid in black face and that’s racist. I’m sorry if I offended anyone. My intention was never to do that. It was an uncommon opportunity at the time and no one stopped to think, politically, what people would think about it 25 years later. I see comments all the time on social media that ask if I wish I hadn’t done that movie. But I learned a lot and made great friends. I was coming off a very dark movie, the Hitcher, and wanted to do comedy and come up with something fun. I never meant to offend anyone. Robert Downey Jr. did blackface in Tropic Thunder. I really feel it’s all about intention. I felt the Wayans Brothers film was offensive with the stereotypes they used. I get it though, and like I said, I wouldn’t do it today. But it’s not the same as it was back then. It’s not something I wish I didn’t do. I’ve run from aliens on the sci-fi channel and wish I never did THAT.”

CVW: Technically, you were a child actor, but in your career you’ve escaped that label and the often unfortunate side effects many former child actors experience. What kept you grounded and out of the pitfalls of fame at a young age? 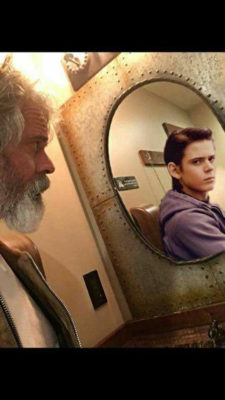 CTH: “It’s a difficult road. There aren’t a lot of lifers. Some got into drugs, alcohol, whatever. For me, I’ve had ups and downs and done movies I shouldn’t have done and didn’t get parts I wanted. But that’s only a part of it. In a weird way, you learn more on the bad movies than on the great ones. Of course, it’s far more fun to go to sets and have your mind blown. Independent movies don’t always live up to people’s expectation. I stick toTV these days and really enjoy doing shows. Lots of great writing is there. In the 80’s we didn’t have the luxury of those same opportunities.”

CVW: Speaking of great TV writing, it was a pleasant surprise to see you on Ray Donavan, which was on Showtime. Everything Showtime comes out with is great. I barely recognized you with facial hair. You were so convincing as a therapist burned out on his work. Was that a fun role for you? 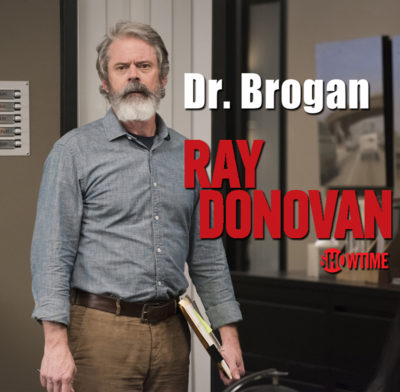 CTH: “Showtime is great for original programming and HBO too. The intensity behind Liev’s work ethic when he gets to the set was so fascinating to watch. He doesn’t just show up to the shoot, he shows up and wants to know every possibility and as a team we would go the direction that was feeling correct. I didn’t watch Ray Donovan before I filmed it. Knowing absolutely nothing brought a much cleaner, purer sense to my performance. My character was a therapist and needed to be free of judgment. I didn’t want to go in with the attitude of, ‘Man you’re so awesome and so badass.’ I had to look at it like, you’re not special to me. You’re just a dude in my court-appointed office. It was important to the part to not bring the baggage of having to let go of how awesome he was. So it was to my benefit that I’d never seen the show, although I’ll go back and watch it now. People on the set couldn’t make the assumption I was a fan and knew everything. I grabbed the power back that way and was able to feel as present as Liev was in our scenes. I had this sort of beard happening and it was about September/October. I fit right in in the mountains in Georgia with it! Then it’s January and pilot season rolls around and I have this beard like Moses. I was attached to it, so I figured it was better not to quickly shave it. We went to L.A. for pilot season and no one expected me to look like I did. But they were like,’Wow, this is amazing. Keep it.’ I got the phone call for Ray Donovan and they wanted me for the part. So then I was forced to keep the beard for the year. I had to turn down a few gigs, but it was worth it.”

CVW: You’ve done voice work for video games. How did you get into that and have you ever been a video game player?

CTH: “I got into that because I was doing some animation characters in the Justice League series. I find a lot of joy in doing the voice over work. It’s a surprise because you go in and lay down your rendition of what it might be but there’s nothing visual to see. You do your patch work later and they show you the movie. You’re so not a part of the animation in process and it’s such a pleasure to see the final visual put together with the audio. I’ve always done it because my kids were into it and I was into it myself when I was younger. I enjoy getting to be a superhero from out of this world for a while and then I get to go home.”

You’re a guest at the Palm Springs Comic Xpo in June. You’ve been to several other comic conventions in various cities. What’s the vibe and what role do fans typically geek out with you the most about? 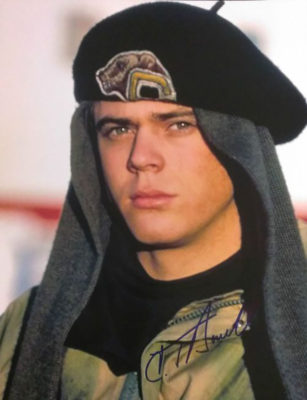 CTH: “It’s sort of awesome because most of these people found a niche that may not have been popular when they were in school. Now these same fans are the ones running things at Microsoft, so it’s awesome to see them in a safe haven with 20,000 people just like them wearing costumes. They’re taking photos for social media and getting likes. It’s a way for them to be celebrated and also be connected to something they love themselves. I look at them and think, ‘These people – how awesome!’ Some of them spend thousands on their costumes. They’re so happy! Many will come up to you and ask you specific questions about work you’ve done or lines you’ve said. They are so committed. Thank God for those people because they listen to the stories we tell. These cons are a way to travel, meet new people, make a couple of bucks – which allows us to not take roles we might not want to do, that we used to have to take because there weren’t other outlets. There’s no judgment in the cons. The stars from huge shows like Breaking Bad or Walking Dead are there and they can interact with them. It’s a way for people to feel a little bit more connected, but also be heroes on their own social media because they got a picture with ‘Ponyboy.’ I love that kids read Outsiders and then want to come and meet me and say hey. I enjoy those moments. Not everything an actor does reaches iconic status, but The Outsiders is required reading for 80% of schools. Moms will bring their kids and tell me they couldn’t get them to read until this book.”

CVW: What role do you get asked about and recognized for the most?

CTH: “It’s a mix of lately because of the popularity of TV. A lot of people talk to me about being the Reaper on Criminal Minds, but The Outsiders is a big one. Red Dawn is popular, too. Punisherand Blacklist as well.

Speaking of Red Dawn and The Outsiders, your two-time former co-star Darren Dalton is also a guest at Comic Xpo this year and you two are doing an Outsiders photo op on Sunday. Are you two excited to reconnect, or have you kept in touch?

CTH: “We’re very good friends and speak all the time. I’m so excited he’s going to be there. We were just boys when we first met and we’ve been in touch ever since. I was the best man in his wedding and we’ve both watched each other’s kids grow up. He’s a great friend and I’m excited he’ll be at the event as well, even though he’s a soc.”

There you have it. The PS Comic Xpo transcends all barriers – even those between a greaser and a soc.

Purchase your tickets for PS Comic Xpo for your own chance to have a conversation with Thomas.

For tickets go to: www.pscomicxpo.com. USE PROMO CODE CVW when purchasing to get 10% off any package and if you purchase VIP or FAMILY VIP Package you will also RECEIVE FREE POSTER.