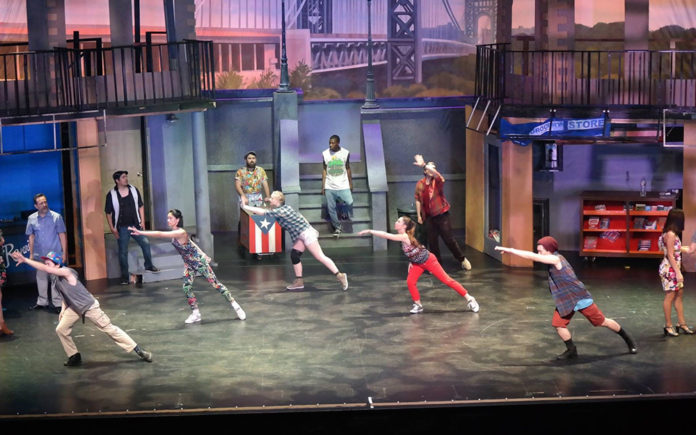 In the Heights is a musical with music and lyrics by Lin-Manuel Miranda and a book by Quiara Alegria Hudes. The College of the Desert Performing Arts Program will be presenting their production of the Tony Award winning musical May 3-6, 2018 at the McCallum Theatre in Palm Desert, California. Tickets are still available. Go to mccallumtheatre.com, call (760) 340-ARTS or go to the box office one hour before show time to purchase.

Coachella Valley Weekly sat down with Meagan Van Dyke, who plays Nina Rosario and director Shafik Wahhab to talk about their participation.

CVW: Meagan, how did you become involved in the arts?

Meagan: “I’ve had a passion for the arts since I was very young. My mom bought a karaoke machine for me at the age of seven and that was really the start of my love for music. From there, I developed a deep passion for musical theatre and have continued as a performer for the last 25 years of my life.”

CVW: How similar are the culture, ideas, values and humanism of the Coachella Valley to New York’s Washington Heights neighborhood?

Shafik: “In both the Coachella Valley and Washington Heights, they come from families who are deeply rooted in communities with big traditions. Also, the Coachella Valley seems to be getting gentrified with rents being raised, businesses getting moved and people getting shoved out of the roots they know so well.”

CVW: There are many messages and themes that run through In the Heights. What is the most important to you?

Shafik: “Community. These people come from a neighborhood where they all know each other. They are all family. When family gets affected, the whole community suffers, same as when one person celebrates, in this case, winning the lottery. The whole community rejoices.”

CVW: In the Heights is a Tony Award winning musical that has productions that have been performed all around the world. How difficult is it to maintain that standard of this type of performance and live up to previous productions? 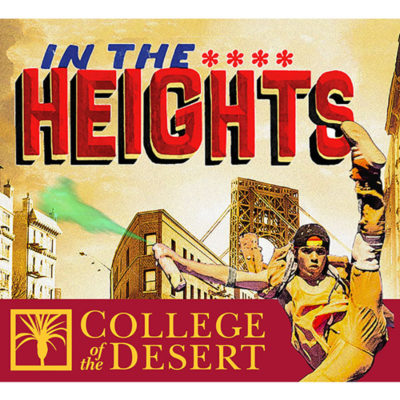 Meagan: “As an artist, you always strive to put on the best show you possibly can. The creative team and the cast have worked incredibly hard for the last three months and we use other productions we’ve seen or been in as a stepping stone to conceive our version of In the Heights. We do hope to make Lin Manuel proud!”

CVW: There are so many musical elements to In the Heights, from freestyle rap, to bodegas to salsa numbers. Share about the talent on that stage.

Meagan: “We’re living in a new golden age of musical theatre. It’s cool to like musical theatre now. Lin Manuel Miranda, creator of In the Heights, is the reason for that. Before In the Heights, no other production had been successful in infusing elements of narrative rap, salsa and hip hop into a play. The music is emotional, raw and edgy and definitely breaks your typical musical theatre boundaries.”

CVW: You play Nina Rosario, the first in her family and from the neighborhood to go to college. Everyone in your community admires you as the “one who made it out.” You come back home to share the news that you dropped out. Do you empathize with her situation and how did you research the role? 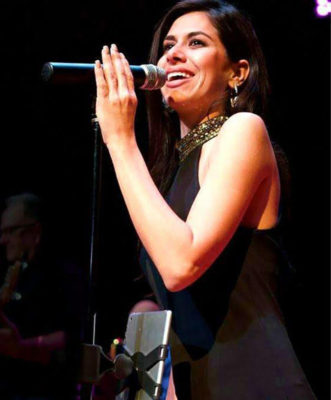 Meagan: “I always felt a deep connection to Nina. Her story resonates so much with mine that I found it fairly easy to step into the role, but as with anything, it came with challenges. Developing a character takes time, energy and focus. You have to take what’s on paper and create a living, breathing life that takes on a personality of its own. You have to be creative as an actor because how well you develop your character will have a big influence on how well the story is being told.”

CVW: Nina and Benny fall for each other. Do you think the younger McCallum audience will connect with their plight?

Meagan: “Their relationship is the definition of ‘young love’. You see their chemistry increase throughout the show and they go through a lot together emotionally. Despite the obstacles they face, they just want to be together.”

CVW: What was your favorite number to perform?

Meagan: “When the Sun Goes Down was the first song I was introduced to and it’s the reason I fell in love with the show. It’s a beautiful ballad that Nina and Benny sing and without spoiling anything, it’s a big moment in their relationship. Anyone who sees the show will be impressed by the ensemble numbers. The dancing is top notch and the audience will surely want to get up and dance.”

CVW: Tell us about the cast and production team.

Meagan: “I’ve been incredibly lucky to work with a creative team that is truly as passionate about this show as I am. Shafik Wahhab, our director, has been a strong force in the making this show a success and we hope it will be just that. I can’t say enough about our musical director, Scott Smith. He is remarkable in what he does. As always, working with the McCallum Theatre staff is an opportunity of a lifetime. We are truly working with the best of the best. The cast consists of about 30 very talented performers. Some are seasoned professionals and some are high school or college students all with the same drive and motivation to make the show look and sound great.”