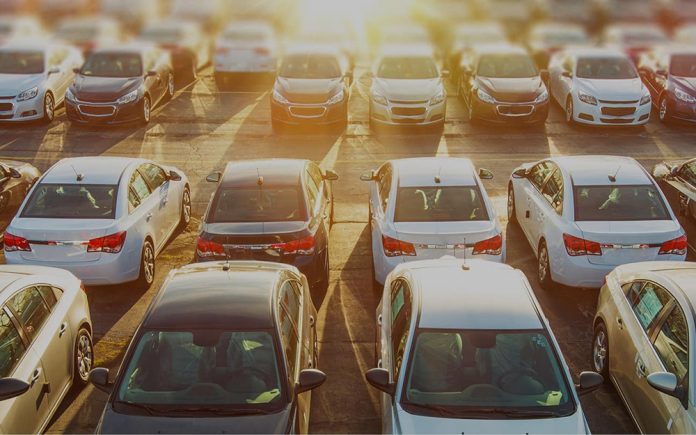 According to GoodCarBadCar.net, 8.2 million new cars were sold in the United States during the first half of 2021.  This is up 1.8 million from the same period last year when the pandemic was in full force.  While most vehicle brands have seen strong sales this year, there are a few that are finding it increasingly difficult to connect with drivers.

Top selling brands for the first half were Toyota, Ford, Chevrolet and Honda with Hyundai posting the strongest sales growth amongst vehicle manufacturers with at least 250,000 units sold during the second quarter.

Struggling brands include Cadillac, Infiniti, Land Rover and Fiat.  Fiat was the only automaker to sell fewer vehicles in 2021 than during the pandemic.  Fiat sold 892 vehicles nationally during the second quarter, a 450 vehicle decline.  Cadillac also struggled with sales flat with last year.

Toyota posted impressive growth across most vehicle classes with the RAV4 and Camry leading the way.  The vehicle showing weakness in Toyota’s product mix appears to be the Tundra with sales dropping 10%.

Despite chip shortages, Ford sold the second most vehicles led by their F-Series trucks.  Its Fusion saw sales drop by more than 80%.

The Chevrolet Silverado powered sales for this vehicle maker with 291K units sold.  Four-fold growth in Suburban sales to 61K units made this the 4th most popular Chevy vehicle behind the Equinox at 119K and Traverse at 83K.

Hyundai’s growth during 2021 was different than other manufacturers in that no one vehicle served as a best seller like the Silverado for Chevy or F-series trucks for Ford.  Hyundai’s top seller was the Tuscon at 84K units, Elanta with 74K and Santa Fe at 63K.

Like Hyundai, South Korea’s Kia saw solid performance across most models with the Sedona being its weak link.  The new K5 sold 42K in its first year, placing it fifth amongst Kia offerings.  The Forte (59K) and Sorento (48K) led sales.

Tesla sold 76K Model Ys while the rest of its lineup saw sales fall by one-third. 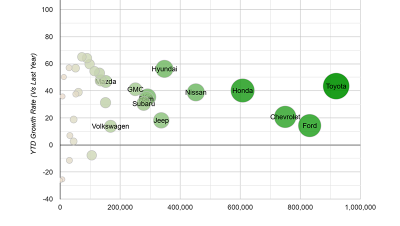 Land Rover, owned by Tata Motors of India, experienced weakest across most models with the Range Rover Sport (9K) being the only model to post higher sales than a pandemic impacted 2020.  Tata Motors’ Jaguar brand also posted poor results.  The top selling F-Pace saw sales drop 18% to 4,838 units with the F-Type (1,113) being the only model to sell more than 1,000 units.

How Fiat continues to operate in the United States must be on the minds of dealerships and company executives.  Their top selling car, the 124 Spider managed to sell 875 during the first six months, a 10% drop from last year while its 500 series 832 units, down from 1,498 in 2020.