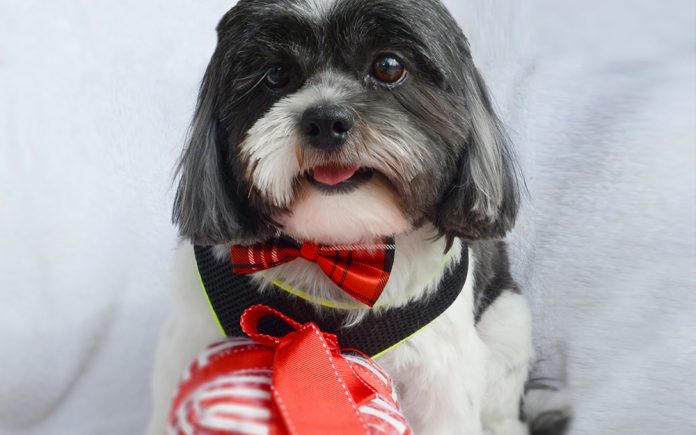 This precious Shih Tzu spent the first three years of his life suffering in a small cage inside a garage in the sweltering high desert heat.  Other dogs were caged above, below, and next to him. Frankie was part of an illegal large scale “backyard breeding” operation also known as a “puppy mill” where dogs are bred indiscriminately, confined to small cramped spaces, frequently mistreated, and often experience untreated illnesses and death.  The facility was raided and Frankie was rescued by Loving All Animals.

These cruel facilities operate out of the public eye, posting cute pictures of puppies costing many thousands of dollars online and in newspapers.  There is a fine line between smaller local operations, and large scale operations that ship fragile and often sick puppies across the country to unsuspecting buyers.  In 2018, California unanimously passed Assembly Bill 485 which banned the retail sale of dogs and cats in pet stores unless they were from rescues and shelters.  The supply of animals in pet stores came mainly from puppy mills. Dishonest puppy store merchants then “forged” records to circumvent the law.  Additional legal efforts and public pressure eventually closed their businesses in California. The unscrupulous became more creative, hiding behind computers as they lure prospective adopters with cute photographs and deceiving information on social media.

“My feet were sore and swollen from standing on the wire mesh of my cage in the sweltering garage.  I could barely stand up in the small cage.  I could not turn around, and my legs cramped with pain.  The stench was overwhelming, and the wail of the dogs beside and above made it difficult to sleep.  Sometimes waste products from the dogs above me dropped into my cage, and it was awhile before someone came to clean it.  Some days we had no food.  We dogs in the garage never saw the sun, the moon, or the clouds.  We never smelled the flowers, saw the rain, or felt the soft grass underneath our feet.  We never knew a loving touch from a human.  Sometimes one of the men got angry and hit me as he shoved me back into my cage.

We were roughly removed for brief times to mate with the females who were weak from having so many puppies.  In the summer, the heat was sweltering and I smelled death coming from some of the cages.  Many of the dogs were sick.  My fur was so matted it felt like a painful helmet encasing my body.  I was shut down and frozen from the endless suffering.

As the demand for puppies and kittens increased during the pandemic, puppy mills operating online are seeing a boom in their business.  A recent national news broadcast described how some “scam” operators require large deposits and airline fees in advance, and then no dog ever arrives.  Don’t be fooled by how friendly the seller might be!  They don’t care about the dogs’ welfare, as “pets for profit” is about the dollar signs that come with each litter.  Sadly, many breeders are profit motivated, and won’t let you see the conditions for the breeding parents.  If the pet you purchased online or from a backyard breeder arrives with a medical or behavior problem, don’t expect to be compensated or have your emails and phone calls answered. 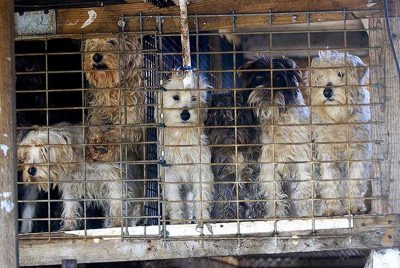 Sandy Miller, local dog trainer, warns her clients they are asking for problems when they purchase a pet online.  The problems are compounded if the animal has to undergo the dangers of airline travel in the baggage compartment, where animals get lost or suffer health problems.  Sandy warns, “You don’t know what problems you are getting when you adopt online.  When the animals are unknown and unseen, adopters may experience the tragedy of having to put a new pet down due to the extreme medical and behavior problems these pets can come with.  Many of my clients have adopted from pet stores and online sellers only to have huge medical bills.”

The list below can help in your search for a wonderful new rescue pet.  Did you know that 35% of the dogs and cats in shelters are pure breeds?  Rather than pay thousands of dollars for a pet, you can adopt a vaccinated, microchipped, and spayed/neutered animal from shelters and rescues for a nominal cost.  One of these organizations may have the pet you seek.  The Palm Springs Animal Shelter, the San Bernardino City Shelter, and the Coachella Valley Animal Campus are large shelters with many animals.  Kittyland has lots of cats and kittens.  Don’t forget the middle aged and older animals who need homes too, and they often arrive house trained!  If you seek a specific breed and age of dog, go to www.perfinder.com and type in the breed along with your zip code for a list of dogs close to your home.