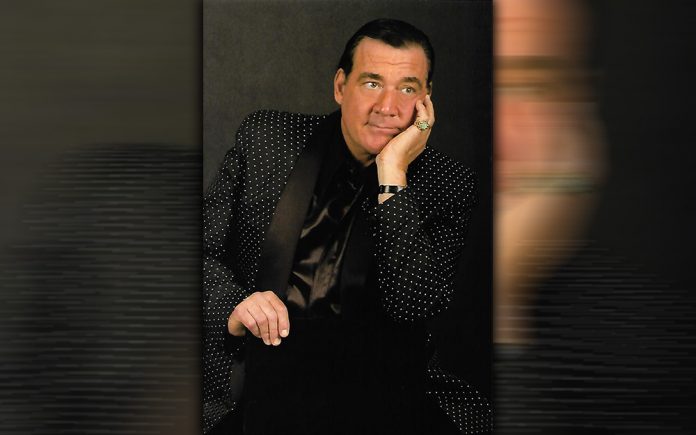 “Well, he loves what he does, he is respected, he has talent and people really care about him,” said to Lori Costley Diehl by her mother during a conversation they had many years ago. “As long as you love what you do and you’re good at it and you’re respected and you’re loved; that to me is a sign of success.”

Michael knew from a very early age he was destined for stardom, as he entertained his sister and others on a Metro Bus at the tender age of 5. “He would walk up and down the aisle and sing for people and they would give him money.”

Their maternal grandfather, Joseph Cammarata, was born in Cathanasetta, Sicily and married Louisa Castrogavanni. He left his family behind, came to the United States and worked for almost 7 years to make enough money to bring his family over. Louisa traveled with her three daughters, Mary, Rosia and Carmella and their son, Louis on the boat from Sicily and arrived on December 23, 1921. They were quarantined on Ellis Island through Christmas that year, and finally met up with Joseph before the New Year. They settled in Buffalo, New York.

“I always thought we were the first generation to be born here,” said Lori Costley, “but my mother, Josephine Rose, was born on October 31, 1922, making her the first generation and we were the second.” Her mother was raised with her sister Mary’s son, big Vito and her sister Rosie’s son, little Vito. Lori remembers family gatherings where her mother would tell stories that would keep them all laughing. “Mike was so much like my mother, he had her sense of humor. She taught us her faith and never had a bad thing to say about anyone.”

Their paternal grandfather, Charles Costley, was born in Syracuse, New York. He was of Irish and French decent. He married Edna DeGrout, whose family of French decent, settled in Burmington, New York, since the early 1700s. Their father, John William Costley, was an only child. He married Josephine during the war in 1944. Their first child, Andrew, was born in 1946, but only lived for a few hours. Lori was born on April 16, 1947 and Michael Anthony Costley was born on October 2, 1949. 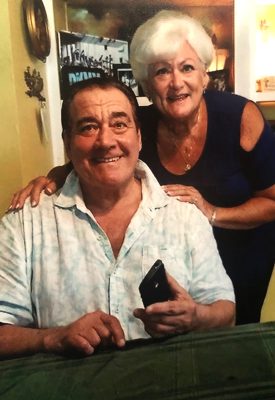 They had no singing or any musical talent running throughout the family generations. “My brother used to tell us, ‘Please don’t sing in Church, just hum.’ it was terrible. I would tell him, the Bible says, Make A Joyful Noise (Psalm 100: 1-2) it never said anything about singing. The only one who sang was Michael. That’s why we always used to say his talent was a Gift from God.”

Their mother raised Lori and Mike alone since he was 6 months old. She worked 2 and sometimes 3 different jobs to support them. They attended elementary school in the neighborhood where their mother worked, while being watched by their grandmother. “My mother was a devout Catholic who didn’t believe in divorce. She lived by the Church rules.” Their father moved to California when they were very young and saw his parents only on occasion. “We were raised very Sicilian and we only knew our aunts, uncles, cousins and godparents.” Mike had two godfathers; Little Vito and Joey Leto, who was married to Connie Caci, who was Bobby Melano’s kid sister.

They moved to the new West Side of Buffalo and there they attended Lafayette High School. Mike sang all the time in school and was part of group called The Sinnerman, when he was about 16 years old. Their big money song was “Louis, Louis” by The Kingsman. 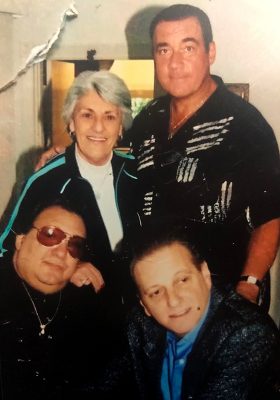 “Mike was about 17 years old and one day I remember sitting in the living room trying to watch TV and I heard him say, to Metropolitan Opera Star, Vincent Matina, ‘Mr. Matina, if you could just hear me, I just want to know if you think I have talent to continue to sing. I would like to make a career out of singing.’ I didn’t really hear the entire conversation but then Mike said, ‘Mr. Matina, can I sing to you over the phone?’ So he did. Then Mike hangs up the phone and tells me, ‘Lori you gotta take me down to Bidwell Parkway to his house now, right now, now.’ After that, Mike studied with him 2 or 3 times a week for a couple years. Mike continued singing the scales taught by Matina years after.”

He graduated in 1967 and soon married his first wife, Donna DeVoe at 18 years old. Although the marriage was short lived, they remained life long friends and walked into their 50th High School Reunion holding hands. Mike later married Stephanie D’Amico, they were together for 18 years.

Mike didn’t want to be drafted into the Army, so from 1970 to 1972, Mike joined the Marine Corps Reserves. He trained for 6 months and served on the weekends; he was trained as a sharpshooter. Because he was the only son of a single mother, he didn’t go to Vietnam like so many of his friends. Mike lost his childhood friend, Brian Knight, they met when they were 4 years old.

He moved to California in 1973 with his friend Frankie Gallo and worked in Los Angeles at venues like Monteleone’s and the Lakeside Country Club in Newport Beach, to name a few. In Palm Springs, Bobby Melano who was performing at the Gene Autry Hotel, would always invite Mike to the stage to sing. That exposure helped Mike Costley gain recognition as a vocalist and helped him book performances in the Desert.

“When Michael met Gordon Mills, who was Engelbert Humperdinck’s and Tom Jones’ manager, he wanted to sign him up to manage and direct his career. He suggested Mike sing under the name of Michael Anthony. While they were in the middle of negotiations, Mills died from a heart attack.” 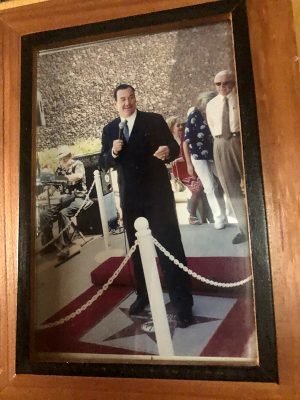 I first heard Mike Costley sing with the Ted Herman Orchestra at Fantasy Springs Casino. “I thought he was one of the best singers,” said Ted Herman, “but what surprised me, was he couldn’t read music. We would record the music for him to rehearse for the following week’s show and everything was great.” After the show I saw, I went up to Mike and told him what an incredible vocalist he was and asked him if he had a CD. He told me they were currently recording one with the Orchestra. At the time, I was taking a graphics class and offered to help him with the CD design, if he needed it. He called me and his Swing CD was the first CD project I did followed by Andy Fraga’s Jazz In Palm Springs CD; I used art work by Snake Jagger for Pat Rizzo’s Gold For Silver CD and Johnny Meza and Lola Rossi’s Kokopelli CD.

After successful performances for JAMS, the Jazz Appreciation Music Society, Mike Costley received a star on the Palm Springs Walk of Stars on May 6, 2002 in front of the Annenberg Theater; His name was engraved on a statue of mountains in the park at The La Quinta Library; He received a Proclamation from Erie County in New York and the Key to the City in Buffalo. He performed every year for the Italian American Festivals; He performed at the Jazz Festivals on the steps of the Albright Knox Art Gallery. He received the Coachella Valley Music Award for Best Jazz Solo Artist. He was also a member of the Sons of Italy, Dolly Sinatra Lodge.

On Sunday, October 3, Mike Costley’s Celebration of Life is being held at the Indian Canyons Golf Resort, 1100 East Murray Canyon Drive in Palm Springs from 2 p.m until 6 p.m. It is an Invitation Only Event for Musicians, Family and close Friends. Wayne Boyer is organizing all the music and performances for this event that is also being videotaped and will be available for all to see online at a later date. Boyer was responsible for recording Mike’s album, “I Am A Singer,” in only one take, without Mike knowing he was recording it. That became his Signature Song. His first CD, Norwegian Wood included Wayne Boyer and Chuck Buffamonte.

Please look online at other articles about Mike; one written by Bruce Fessier who said, “Mike was the most inventive male vocalist I’ve seen in the 42 years I’ve lived in this Desert.” Others are written in Buffalo, NY.

Mike is survived by his sister Lori, his two ex-wives; Donna DeVoe and Stephanie D’Amico and numerous relatives.

“I said to the both of them, Donna, you were the Alpha and Stephanie you were the Omega, but you need to remember that in between you, there were a lot of wonderful women in Michael’s life. Everybody had a different relationship with Mike. At this Celebration of His Life, there are going to be a lot of people who will remember Michael in a different way and all I want to do is have everybody come with Love and Light in their hearts. He’s gone and we all have to appreciate who he was and what he was to you individually, that’s all that’s important. Michael lived a very charmed life and was the BEST Brother I could have ever wanted,” shared Lori Costley.

Rest In Peace with Our Lord, Honey. We will see you again in Glory.