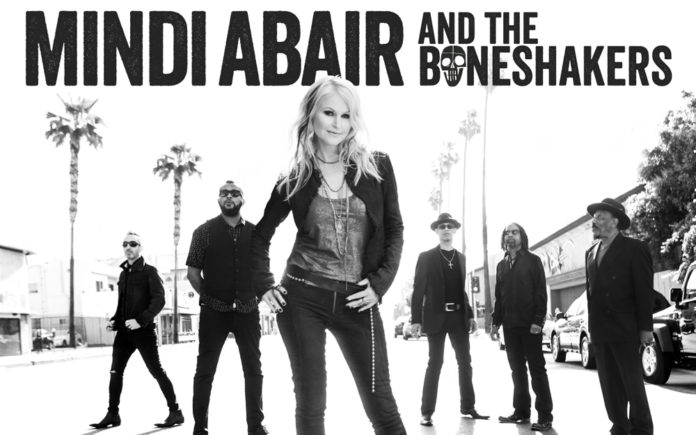 Celebrate the Release of their New Album, The EastWest Sessions

GRAMMY® nominated saxophonist Mindi Abair and Randy Jacobs, founder of The Boneshakers will be shaking hands with fans and signing copies of their first studio CD, The EastWest Sessions, at Westin Mission Hills on Wednesday, November 8, 2017. Jimi Fitzgerald and CV 104.3 FM are presenting the no-cover-charge event that takes place from 5:30 to 8pm. Guests will be treated to a few songs and dialogue with Mindi and Randy about the recording released September 15th on Pretty Good For A Girl Records.

Following a two season run as the featured saxophonist on American Idol, resulting in her touring with Aerosmith, Abair released her solo album Wild Heart in 2014. The album, which included collaborations with the late Gregg Allman, Joe Perry and Trombone Shorty, showcased an edgier side to the saxophonist/vocalist and earned her a GRAMMY® nomination for Best Contemporary Instrumental Album. When it came time to tour the album, she recruited longtime friend and The Boneshakers founder Randy Jacobs (Bonnie Raitt, Was Not Was, Willie Nelson) to inject his brand of Detroit Blues Rock to the live shows. She and the band had an irrefutable chemistry that quickly led to a permanent creative collaboration. Their first record, Mindi Abair and The Boneshakers LIVE in Seattle was recorded during their first official show together and released September 2015.

After touring nonstop for two years, Mindi and the band headed into the studio earlier this year to record their sophomore album. Five days at EastWest Studios resulted in an 11-song compilation that showcases her prowess, artistic versatility and wide-ranging musical influences. Bandmate Randy Jacobs commented “No one since Junior Walker has brought saxophone and vocals in one package to the forefront of modern music, with a raucous tone and abandon.”

Written in less than two hours with Nashville-based writer Jerry Flowers, the first single “Vinyl” is a  pulse thumping, rock fueled soul track that lyrically likens a needle fitting into the groove of a vinyl record with falling in love…“I’m in your groove like a needle on vinyl”. “Play To Win” written with Rob Kleiner (Sia, ZZ Ward, Cee Lo Green) and Patrick Windsor is an anthemic track featuring heavy-hitting, meaty guitar riffs and driving drums fit for an arena. Featuring modern day King of Blues Joe Bonamassa, on “Pretty Good For A Girl,” Abair shares her disdain for the regularly doled out backhanded compliment, while making a statement about self empowerment.

This arousing track is peppered with boisterous sax and gritty, face-melting blues guitar riffs from Bonamassa. During a writing session in Oakland with 2017 GRAMMY® winner Fantastic Negrito, he played her “She Don’t Cry No More,” written for a woman who was a mother-like figure to him. This emotionally evocative rootsy blues song chronicles her story of no longer being in pain and suffering after her passing.

“Everyone is such a force of nature in this band,” says Mindi. “I wanted to create the right vehicle to showcase everyone and capture the swagger of what we do live.”

Meet Mindi Abair and Randy Jacobs next Wednesday night, November 8, 2017 at Fireside Lounge at The Westin Mission Hills Golf Resort & Spa, 71-333 Dinah Shore Drive, Rancho Mirage, CA. The meet and greet takes place from 5:30 to 8:00pm. There is no charge for admission. Cash bar and food are available for purchase. The Westin Mission Hills Golf Resort & Spa is home to Grooves at The Westin smooth Jazz concert series, which has previously featured Mindi Abair among other A-list smooth Jazz contemporaries.