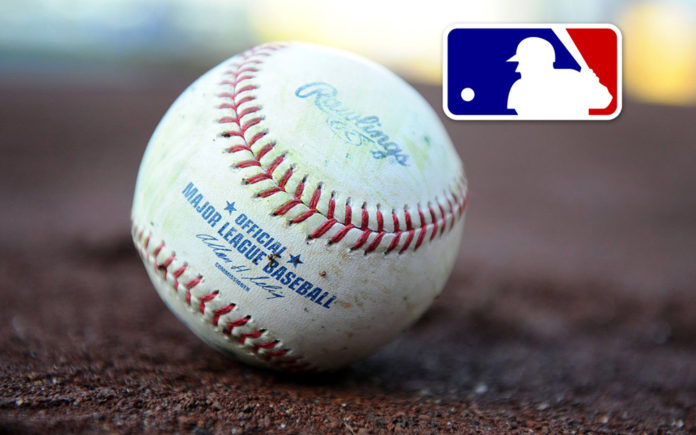 Major League Baseball 2018 season is finally winding down. An exciting part of September baseball is seeing teams self-destruct or rise to the top. You can formulate your postseason betting plan based on who enters the postseason on a run or who limps in.

Another fun part, (my personal favorite time of the MLB season) for the more cynical among you, involves watching as teams officially get mathematically eliminated (Some by their own choice) from the playoffs, with not even a whiff of Wild Card chances.

Red Sox – The Red Sox are officially the first team to clinch a postseason berth after earning their 99th win of the season on Tuesday, September 11. They haven’t clinched the American League East yet, but with 18 games left on the schedule as of this writing and a nine-game lead on the Yankees, they might not have to wait too much longer for that. Barring a historic collapse we would be writing about for years and years, anyway.

Indians – For a third straight season, Cleveland is the AL Central champion, and the first MLB team to clinch its division in 2018, wrapping things up on Sept. 15. The Indians are the cream of an otherwise rancid crop in the AL Central, with Francisco Lindor, Jose Ramirez, Corey Kluber and the gang putting up stellar seasons to lead Cleveland into October again.

Orioles – The Orioles were always going to be in this section, we knew from the beginning of the season that they would be bad. Maybe we didn’t know they’d be more than 50 games back of the division lead bad but they weren’t playoff bound from the start. Rough times in Baltimore.

Royals – Also rough times in Kansas City, although at least the Royals tried a little more than the Orioles in the offseason. It wasn’t to be though, and they barely contended before falling into the Lost Season bin.

Padres – The Padres definitely tried, signing Eric Hosmer in free agency and trying to put a contender together in the potentially wide open NL West. Even though four of the five teams in the division were in the race past the halfway point of the season, San Diego pretty much never was.

Rangers – Even with the added push of motivation that is Adrian Beltre’s potential last year in baseball, Texas couldn’t get to the postseason. They’ll hope he comes back for one more try next season, but in the meantime they’ll have to settle for Joey Gallo crushing baseballs but no postseason appearance.

White Sox – At least White Sox fans got to see Michael Kopech pitch? An Eloy Jimenez sighting, and a playoff spot, will have to wait for next year though.

Tigers – Most Tigers fans could have predicted this at the beginning of the season, but here it is anyway. The team is in a fallow period but hopefully they’ll start spending again soon. Otherwise, another year of this looks likely. The AL Central was woeful but not even the low bar to win the division was enough for the Tigers to make it in.

Marlins – Given the new ownership’s rocky first offseason, which involved gutting payroll and trading away arguably the best outfield in baseball, the expectations in Miami were super low. At 56-84, the Marlins can avoid 100 losses by winning at least seven of their final 22 games, so that would be some sort of silver lining at least.

Reds – With Los Angeles (78-65) and St. Louis (79-64) meeting for four games next weekend, the second NL Wild Card spot is guaranteed at least 81 wins. That’s too rich for Cincinnati, who entered Sunday with 82 losses. Run prevention was the killer again for the Reds, dead last in the National League in allowing over five runs per game, ensuring a fifth straight losing campaign.

Blue Jays – Another team who were basically out of the postseason as soon as the season got rolling. With the Red Sox and Yankees all but locking up the top two spots in the division from the jump, Toronto didn’t have much of a chance to make the postseason even if they were good. Which they were not. They also didn’t call up Vlad Guerrero, Jr. despite multiple chances so we’re not not happy about them falling short of the postseason. Justice for Vlad.

Twins – After becoming the first team ever to make the playoffs one year after losing 100 games, Minnesota fell back to Earth this season. Miguel Sano and Byron Buxton were young pillars of a productive Twins lineup in 2017, especially in the second half. But 2018 has been disastrous for both, with each optioned to the minors, plus Buxton not getting called up in September so the Twins could game the system and get an extra year before he qualifies for free agency down the road.

Angels – Mike Trout is still Mike Trout, and Shohei Ohtani has been amazing both at the plate and on the mound. But not much else went right for the Angels in 2018, including Ohtani tearing his UCL and needing Tommy John surgery. Injuries on the pitching staff were killers, putting a damper on the postseason hopes in Anaheim.