Society: “Pick one thing you are good at and stick with it.”

Me: “I am going to do everything that interests me and be great at them all.” – Monica Morones

A true renaissance woman, Ms. Morones has proven to herself and the rest of us that she can take any task that interests her and make it her bitch. Over the years I have been privileged to know her I have been continuously blown away by not only her physical beauty and style but the seemingly unlimited talent in every area she finds interest. It takes a tremendous amount of self-confidence to pursue so many artistic endeavors with fearlessness and grace. I myself have found Monica and what she produces to be truly inspirational and I know I am not the only one.

Whether it’s her stunning paintings, impressive photography and graphic design, her musical ventures or the awesome, self-made videos she has created…Monica Morones, AKA, La Maniaca, AKA Cakes, is always up to something and you can bet your sweet behind it will be dope as hell. 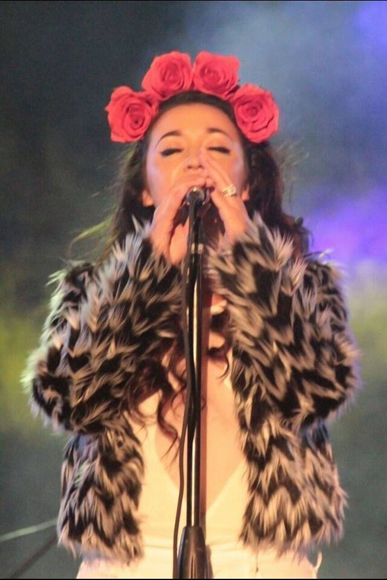 Morones says that when she was a kid she wanted to be SHANA. “She was the singer from the 80’s movie Teen Witch. She was hot, she had a big ass crowd shouting her name and she wore a tutu and made it look cool.”

Morones has moved around a lot in her lifetime. Being the gypsy that she is she doesn’t necessarily see herself settling down in one place forever….geographically speaking. “I always thought I would move back to my hometown of San Francisco and live in the city or I would settle down in Arkansas in a beautiful little town called Bull Shoals where I used to live on the property that my mother bought for me, but I don’t really have a forever place,” shared Morones. “I love the excitement of moving to a new town. It’s like starting a new relationship…everything is new and exciting and the challenge of learning and getting to know the new surroundings excites me.”

She says her favorite bands are GRIMES, SANTIGOLD and M.I.A. “I don’t have a favorite movie I have favorite series thanks to NETFLIX. Right now I’m stuck on WENTWORTH, way better than OITNB.” She says her favorite vacation spot is Costa Rica. Morones has two pets – a Jack Russell terrier named Storm and a chocolate lab named Bear.

Morones is definitely an inspiration to many young women as she walks to the beat of her own drum, so to speak. The one person who has been an inspiration these last few years to her is the owner of Toucans Tiki Lounge, Michele Cinque. “She has taught me how a leader/owner should act and treat others. In all the years I have worked for other people I have never met a boss that made me want to do better and be better. She has shown me what people will do for you if you treat them with respect and show them appreciation. I try and channel her when I deal with my own business and people I work with,” shared Morones proudly. 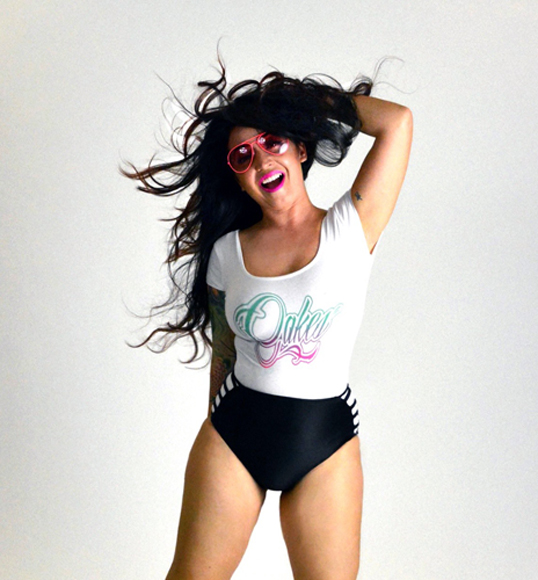 When asked how it feels to be included in the Top 12 Most Interesting & Influential Women of 2016 Morones shared this: “There was this one day when I was 23 years old, driving down Hwy 111, sun shining and the wind in my hair. I was working two jobs, going to school, settling into a new town and it was that one day… broke and tired from working all week when the self-doubt flew out the window. I was finally that independent, worthy female who finally accepted who she was and was ready to take on the world. I wasn’t afraid to work, to fail, to take risks and that made me confident. I pulled into the next random tattoo parlor and got a symbol that means woman on my bicep. The feeling that washed over me that day is the same feeling I have now about being one of the 12 most interesting and influential women of 2016. It is a great honor as a woman and as an artist to be recognized for my achievements and not just the physical.”

Morones continues: “One of my biggest achievements I wanted to accomplish in life was to break the cycle of the cliche marriage, kids, divorce and unhappiness. I wanted to live my life on my own terms, free from any stigmas of how society thinks I should live. I am not a slave to society, to a man or to the system. My goal is to live my life as free as possible and be the person I have CHOSEN to be.”

Morones chose The LGBT Sanctuary of Palm Springs as her charity. “I chose this charity because it provides a home for foster LGBT youth and as residents they learn skills they will need to be able to deal with the real world. If I have learned anything in my lifetime it is that you need survival skills in a world that shuns you if you are different.”