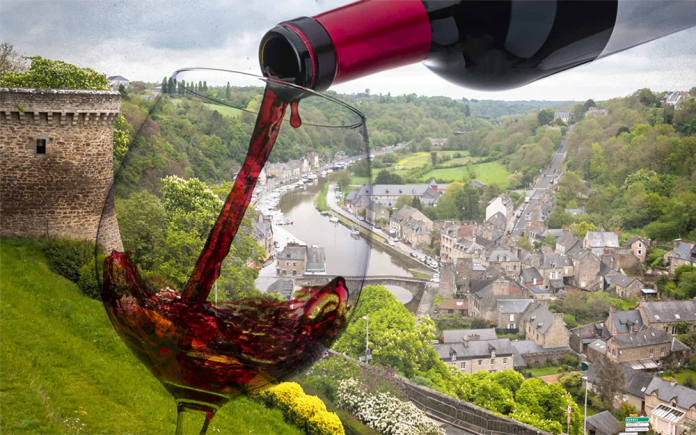 They say, the City of Dijon is perfectly situated from anywhere in France. Which means whenever you’re visiting Paris, Nice, Bordeaux, Champagne or wherever, a jaunt to Dijon is worth the trip for the wine lover in the family.

Just before the pandemic, we were in Paris for a week and were on our way to the South of France, with a five-day layover in Dijon and then Beaune. Why rent a car in Paris when we can take the high-speed TGV and get to Dijon in just one and a half hours. Thereafter it was time to rent the car; you loyal readers may recall that I love driving the hills and country sides of France and Italy. Most happily, I proceeded to drive the rest of our five-week trip ending in the eternal city of Rome.

Anyway—back to Dijon. The city wreaks food, culture, and wine. It’s been said, again, that Dijon is Burgundy’s Florence to Beaune’s Siena. Dunno if that helps but it gives a bit of comparison for those who travel mainly through Italy. Hey—traveling and eating through Europe is just a wonderful thing, so I thought for those who have the travel bug, a look at Dijon could be an interest.

Another Dijon perspective is that the city is less than 30 miles north of the other Burgundian city of Beaune. We actually stayed in the Pommard vineyard nearby Beaune on our travels. And I covered Beaune three years ago in this column. But the joy of either staying in Beaune or Dijon is that the 30 mile travel between the two (aka Route des Vins—the Wine Route), is through the most famous Burgundy vineyards in the world.

Yup—we’re talking about Vosne Romanée, Vougeot or Gevrey Chambertin (Côte de Nuits) and Beaune, Pommard, Volnay, Meursault, and Puligny-Montrachet, just to name a select few. For you Pinot Noir enthusiasts—this is your heaven. It is so much fun and easy to course your own wine tasting tour on the aforementioned “Wine Route”.

In the 14th and 15th centuries, Dijon was the capital of the Duchy of Burgundy, which controlled the big monies of eastern France, the Netherlands, Flanders and Luxembourg. The sumptuous home of the Dukes of Burgundy is still in place and is now a superb art museum as well as the city’s Hôtel de Ville.

Matthew Hayes, wine traveler, writer, and long-time Dijon resident, reported, “Once plagued with poorly parked Peugeots and fume-spewing buses, under the mayor-ship of ex-employment minister François Rebsamen, Dijon’s centre has been entirely pedestrianised. From the station to the central Place de la Libération is barely a ten-minute walk, and almost everything of interest is within a 500-metre radius.

“Dijon is as concentrated as Maison Maille’s famous mustards. This extensive rejuvenation has liberated the centre and given justice to a mostly late-Renaissance architecture worthy of the capital of a dukedom that once spread from Lyons to the Hague.

“Best appreciated on a balmy spring or autumnal evening, Dijon’s centre is a mass of Gothic churches and vast patrician mansions built in Dijon’s heyday of the sixteenth to eighteenth centuries. If, after 20 years’ living here, I detect one over-riding sentiment that defines Dijon, it is a calm, contented discretion. Such is Dijon’s conservative charm you might feel it is smug, but ceaseless investment has pulled Dijon into the twenty-first century.

This upward movement is to be crowned by the imminent opening of Dijon’s Cité Internaltionale de la Gastronomie et du Vin beating out the competition from the likes of Lyons, Tours and Rungis (the site of Paris’s enormous wholesale food market). Dijon was selected in 2012 with a mission to celebrate the idea (or is that ideal?) of ‘French eating and Burgundy’s vineyards and terroir’; both are inscribed on UNESCO’s World Heritage list. This univers gastronomique hosts a plethora of restaurants, wine bars, foodie-related shops and wine stores.”

Okay—for the last time: they say, “If Paris is France’s head, and Champagne is her soul, then for certain, Burgundy is her stomach.” So many French staples come from around Dijon: There’s Coq au Vin, the chicken and wine stew that everyone knows; Soupe à l’Oignon, the well-known onion soup, with slices of baguette and melted Saint-Nectaire cheese; Boeuf Bourguignon, the classic braised beef stew. 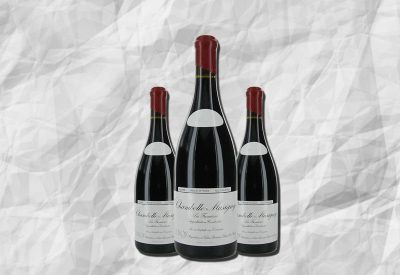 And don’t forget Les Escargots de Bourgogne—Burgundy snails whose taste and texture resemble those of clams with an earthiness reminiscent of mushrooms. For the most part, however, the snail takes on the flavor of the butter or sauce with which it is cooked. Alors!—mais oui!

Between the three famous Burgundian cities of Lyon, Beaune, and Dijon, there are 35 Michelin Star Restaurants serving some of the best meals in the world! Bon Appétit!

And now—our Red Burgundy wine of the week: The 2015 Domaine Leroy Musigny Grand Cru ($40,000). “This is a magical Pinot Noir wine with cherry, raspberry, rose, and spice aromas. This natural wine offers a multidimensional palate with satiny tannins and a penetrating finish.” Alors!—magical and penetrating indeed!