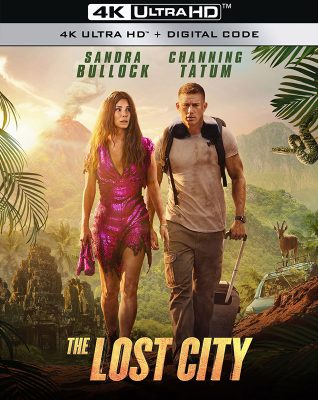 Co-produced, directed and written by Adam and Anthony Nee.  My advice to the Nee Boys is to get some life experience under their collective belt and stop shamelessly lifting themes, scenes plots and premises from previous popular films like “Romancing the Stone,” “African Queen,” “Tomb Raider and “Lost City of Z” among others.

In the set-up to the overly familiar plot, we meet introverted loner author Loretta Sage (a perfectly cast Sandra Bullock) who writes about exotic places in her popular romance adventure novels that feature “Dash” — who is pictured on the covers — as posed by a handsome but thickheaded Fabio-like cover model named Alan (Channing Tatum). Loretta and Alan are on junket promoting her new book. 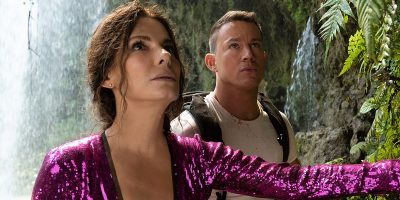 When Loretta is kidnapped an eccentric billionaire (Daniel Radcliffe) who believes she can lead him to a vast treasure based on her latest story, Alan, wants to prove he can be a hero in real life and not just on the pages and cover of her books, sets off on a wannabe heroic but hapless quest to rescue her.  Uh-oh.

Although Sage’s novels explore ancient tombs and take the reader on thrilling adventures, clearly she is not prepared to deal with them in real life – especially with someone like Alan. 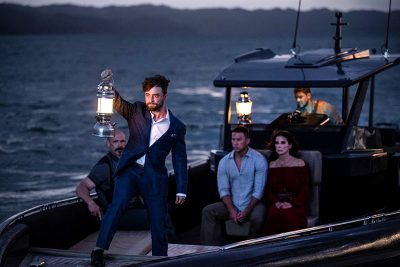 Against their wills, the unlikely couple are trapped into a thrill ride through the jungle and forced to find a way to get along and work together if they are to survive the deadly jungle and each other and find the Lost City’s treasure before it’s lost for eternity!

This lightweight comedy comes across as forced and the laughs are sporadic.  Sandra Bullock is as adorable as always and exudes a potent screen chemistry.  Tatum not so much.  But his dim-witted handsome lug is a perfect fit and a believable persona that may serve the actor well in future films.  There’s nothing memorable, new, fresh or original here.  It will be quickly forgotten. 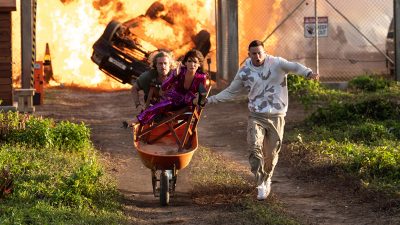 The extras are standard but watchable.  A making-of, gag reel and a featurette on the design/construction of the lost city set.  Paramount.  Blu-ray.

I want to hear from you dear reader and fellow movie buff.  What are you watching these days?  Have you been to a theater recently?  What did you see?