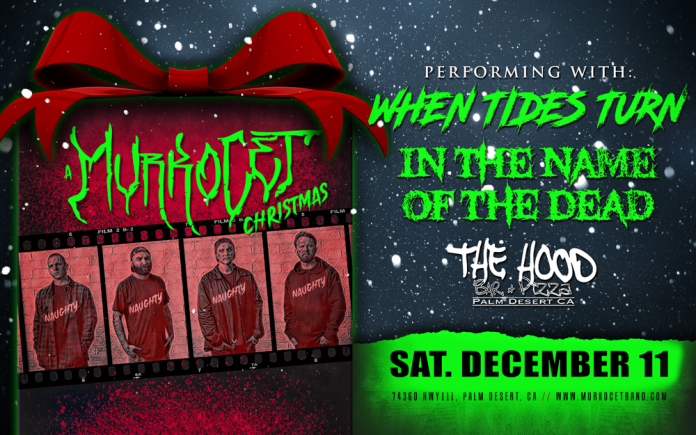 Although based in Arizona, the band called Murkocet has become well known over the past several years in the Coachella Valley as somewhat of a staple metal band on the local music scene. This quartet comprised of vocalist Richie Jano, guitarist Nate Garrett, drummer Cooper Osborn, and bassist Austin Van Haaren. After over a year of not being able to perform in public venues, like most bands they are glad to be back in action and are raring to go as the headliners of one of the first, big metal shows the desert has seen in a while. I had a chat with Murkocet frontman, Richie Jano regarding how the guys have adapted and continue to do so.

CVW: I know that you guys as a band are based in Arizona but have done a lot in the Coachella Valley. How did that come about?

Jano: “I grew up in the desert. I went to La Quinta High school. I lived here my entire life but ended up at ASU. We just started playing here in the desert because a lot of people didn’t realize that I was in a band so we decided to start playing here too. It ended up being fun so now we play here all the time.”

CVW: So how did you guys get together in AZ and become a band?

Jano: “You know…you just start meeting people. I started the band and met a few people on craigslist…as people went in and out of the band, we started meeting new people who were a better fit…that’s just what happened over time. Now the guys that are in the band currently have been here for two or three years so it’s just about finding a fit.”

CVW: If you were to have to categorize Murkocet in a genre or sub-genre, what would you say it was? 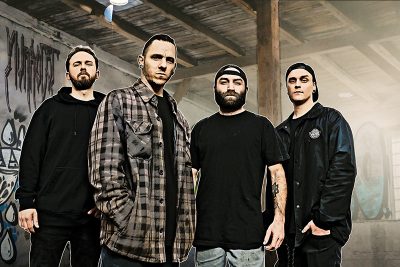 CVW: Do you remember the first real show you guys ever played as a band?

Jano: “Yeah, it was at a place called The Red Owl in Tempe. It was a battle of the bands and we won.”

CVW: Your very first show was a battle of the bands?

Jano: “Yeah, it was a qualifying round and we won. Then six months later, we won the final, too. It was pretty awesome.”

CVW: That’s super brave to be putting yourself out there to be judged like that for a first show.

Jano: “It was pretty cool. It was nerve wracking though. I never played live before that. We practiced and stuff but we didn’t actually perform live.”

CVW: I admire and envy that confidence and it totally worked out! Now let me ask you this… Have you ever thought about what would have happened if it just went horribly wrong?

Jano: “Well, when I look back at it, I think that if we played a battle of the bands now, it would be different. Back then I don’t think that we held ourselves to that high of a standard so, I wouldn’t come down on everybody like, ‘You guys all f***** it up.’ There was plenty of time for us to get our whole situation straight to make it what it is today.”

CVW: Yeah, but have you ever thought about what it would be like if you didn’t win and it didn’t work out that way…do you think it would have set you on a different path, or do you think that it wouldn’t have mattered?

Jano: “I guess you’re probably right. I guess if you think of it like that, it was a catalyst and jump off point for us.”

CVW: Let’s fast forward a few years from when you started and first won that band battle in 2013. You guys started doing a lot of shows in the Coachella Valley, and things were working out for you guys. I know you won some competitions and acquired some accolades. Then Covid happens. What happened to Murkocet during that time? 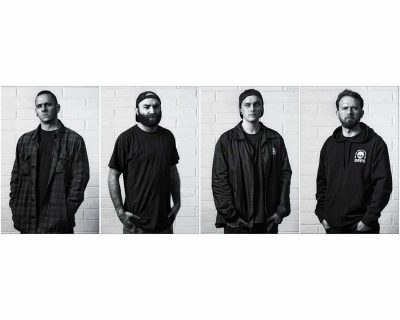 Jano: “The band was fine. The band is still fine. It was what happened everywhere else around the band everywhere else that wasn’t fine. Venues stopped throwing shows, stuff just got really stale and boring and no one was able to do anything. You have to consider that our band was playing 20 to 30 shows every year even when we weren’t going that hard…just to be smacked back into playing just 2 to 4 shows in a year was just all bullshit.”

Jano continues: “It never used to be a problem until this all happened and if it wasn’t for all of the places closing down we would probably have just done what we have always done which is play regardless of how everyone felt about getting sick, or wearing masks or getting vaccinated. We didn’t give a shit. So it was really just everyone around us. Honestly, we just all enjoy playing and we know how fun it is. Even if there are only 10 people at the place we play at, we still have a lot of fun playing together as a band anyways so it’s like, what is ultimately more important to us. Anyone who is there and can see us playing knows that too.”

Jano continues: “That’s why it’s hard for us to just give in to all of this shit. This Ccovid stuff because it’s all bullshit. I went to a show last night and there was like a hundred people there not wearing masks and nobody gave a shit and we could have all been doing the same thing for the past 2 years. But nobody did because everyone was scared and all of the establishments didn’t want us to play anymore. But now it seems like everyone is pretty much over it so hopefully things can get back to normal.”

CVW: Did you guys use any of that time away to do anything else as far as the band is concerned?

Jano: “Yeah, we hang out and I go over there and we have a bunch of demos recorded. It’s been hard, financially with people going in and out of jobs. One thing I think that most people don’t understand about being in a band that strives to have quality recording, sound, videos, merch, etc. is that it’s expensive as hell. Even the people around musicians don’t understand how much it costs. That bill for an album of 12 songs with the right guy doing the right job is probably going to be around twelve grand. Bands don’t recover from shit like that so it’s hard to go and record new music when you’re not playing shows and selling merch. Covid crippled the music industry pretty good.”

Jano continues: “On top of that, Facebook makes it impossible to even get people to see anything you post anymore so to get people to click on your links to get revenue from streams and views is borderline impossible too. It’s hard to survive with such a massive drop in awareness. The reality is that it all comes down to individually being grateful and thanking all of the people that do support you. Making sure that when you see them that they know you and you know them and they are happy with the show. You know…make sure that you kind of nod at them. That’s the best way I can describe it because at the end of the day you want them to come back to your show and tell their friends. You can’t rely on the internet to do it for you or services and stuff that you pay for. It comes down to trying to be a humble person who just makes sure that you thank everyone for their support every time they do come out because ultimately, without those people, I don’t know how things could continue.”

You can see Murkocet perform this Saturday, Dec 11th along with In the Name of the Dead and When Tides Turn at The Hood Bar in Palm Desert.