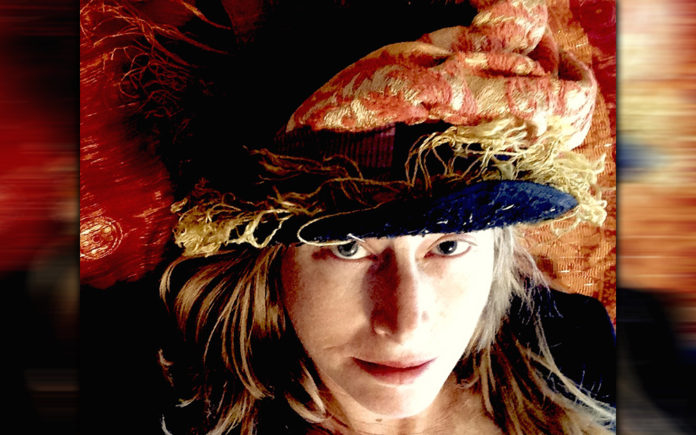 Critically hailed Myshkin Warbler is the Opening Act on Sunday, May 19th at 10am at the Joshua Tree Music Festival.

The Washington Post had this to say about her, “Both lyrical and politically pointed.  A rich blend topped with her broad-ranging, keening voice.”

BBC Radio said that Myshkin, “…commands your attention, frees your gypsy heart and soul, and lets you see the world from her own unique perspective.  Myshkin is not to be missed.”

Germany’s Utne Reader, “Dreamy beauty that conjures up rainy nights in a Budapest or Berlin café.”

While Joshua Tree should be quite a bit drier than one of those imaginary foreign cafés, this “gypsy heart and soul” as described by BBC Radio should connect with other kindred spirits on Sunday morning.

Not long after Myshkin relocated to be with Jenny and her daughter Yazzi, Jenny contracted a sepsis.   While in the Intensive Care Unit, Jenny fell into a six day coma that nearly claimed her life.  Doctors told Myshkin at one point that Jenny had no more than a 10% chance at survival.  The infection was so insidious that it resulted in the loss of both of Jenny’s legs below the knee as well as numerous other physical frailties that will plague Jenny for the rest of her life.  Despite all odds, Jenny slowly came back from death’s doorstep.

Myshkin, Jenny and at least one of the doctors treating Jenny believe that it took more than medicine for Jenny to survive.  Given the love, generosity and caring that Jenny had shared with others for years, she received back that same love with all of its mystical Joshua Tree properties when it was needed most. 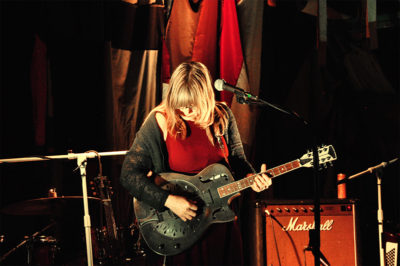 Jenny’s story is captured in book form with “Held Together: A True Story of Love’s Victory” as written by Jenny Q and Friends.  The book weaves together a story that is unique to Joshua Tree, its people and the mystical element that has drawn musicians and artists here for decades.  The book tells the true story of a community coming together to help Jenny during her most desperate days.

In 2018, the book was released along with an album from Myshkin titled, Trust and the High Wire, a full-length album that tells Jenny’s story from Myshkin’s perspective.  Myshkin and Jenny have subsequently taken these companion pieces and combined them to create, Trust.Together, a performance piece with readings.  While this will not be part of Sunday’s show, it may ultimately end up being rewritten to become a theatrical performance for the stage.

Festivalgoers can expect a mellow set Sunday morning, offers Myshkin.  She will be including a guest set or two from some of her desert friends.

For those unfamiliar with Myshkin’s work, Janet Goodman of the Nashville Music News says it best, “Her warm sultry tones and loose phrasing of poetic lyrics are influenced by nearly a decade of living in New Orleans, but she peppers her jazz style with experimental, alternative and folk music to make one heck of a 21st Century beatnik bohemian gumbo.”

Be sure to rise early (it really isn’t that early) and see Myshkin Warbler at 10am at the Joshua Tree Music Festival.  In addition to her latest album, listen to the critically-lauded Rosebud Bullets recorded in 2002 as Myshkin’s Ruby Warbler.