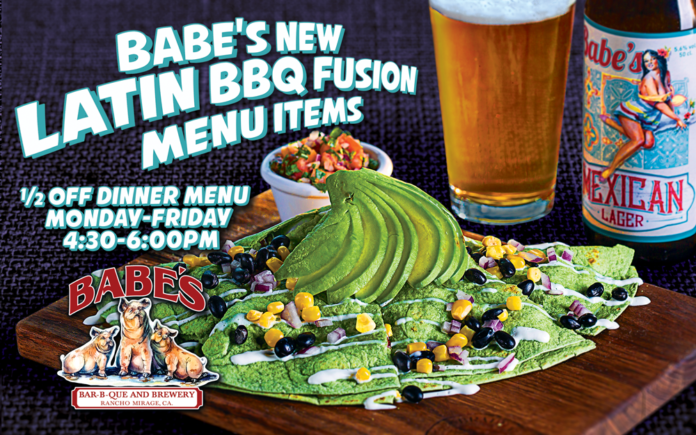 Summertime started early in Rancho Mirage when Babe’s Bar-B-Que & Brewery launched a new Latin fusion BBQ fusion menu and a Mexican lager on May 1. These delicious dishes and first-ever Mexican lager are a terrific complement to the menus and beers which have made Babe’s famous.  In addition, Babe’s is offering a real summertime special:  50% off dinner menu prices in its dining room from 4:30-6pm, weekdays. 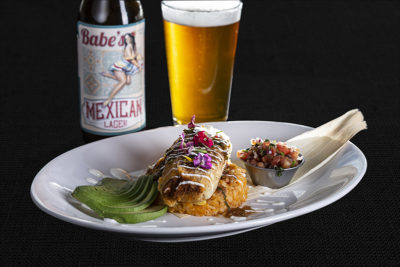 “We’re excited to add the new flavors from our Latin fusion BBQ menu at Babe’s which include a selection of street tacos with homemade tortillas, tasty tri-tip and queso Oaxacano quesadillas, tamales, short rib chile negro, and chef specialties that include my favorite dish, honey habanero glazed baby back ribs,” said Donald “Lucky” Callender, the owner of Babe’s and one of its brewers. “The perfect pairing to this menu is our new Mexican lager which is available on tap at Babe’s and in cans and bottles very soon at select locations.”

Tacos with fresh tortillas from hominy house made masa 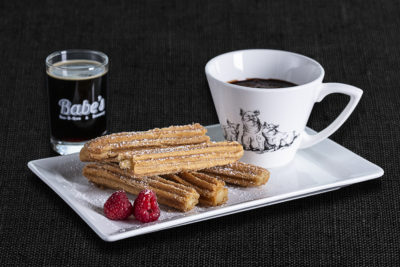 Babe’s Bar-B-Que & Brewery is the oldest microbrewery in the Coachella Valley and the only brewery in Rancho Mirage.  It was a vision come true for Don Callender who had an earlier career making Marie Callender (his mother) a household name.  A legend and innovator in the restaurant business, he never slowed down in his quest for the best and Babe’s is a true reflection that. Over the years, Don’s beers have become famous with Babe’s Belgian Vanilla Blonde Ale, Blackfin Lager, and Honey Blonde Ale winning state, national and international awards. Now, under the stewardship of Don’s son Lucky, the legacy continues and so does the growing selection of seasonal beers like Peach Scotch Ale, Chocolate Cherry Stout and the new Mexican Lager.  Beginning at the end of May, and for the first-time ever, all of Babe’s beers will be available in cans which are perfect for poolside, summertime drinking. 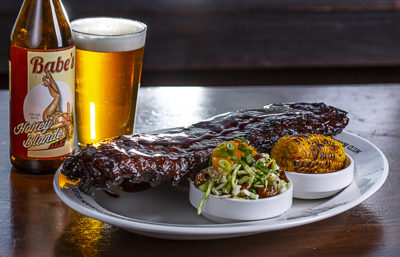 We’d love to have you dining early and often at Babe’s this summer, but if you’re dining in or having a poolside party at home, everything on Babe’s menu is available for take-out or Babe’s Catering can bring it all to you. We have a dedicated catering team standing by to make the delicious food served at Babe’s ready for you at home.  Call Carol Davis at Babe’s Catering today for the details at 760-424-9641.