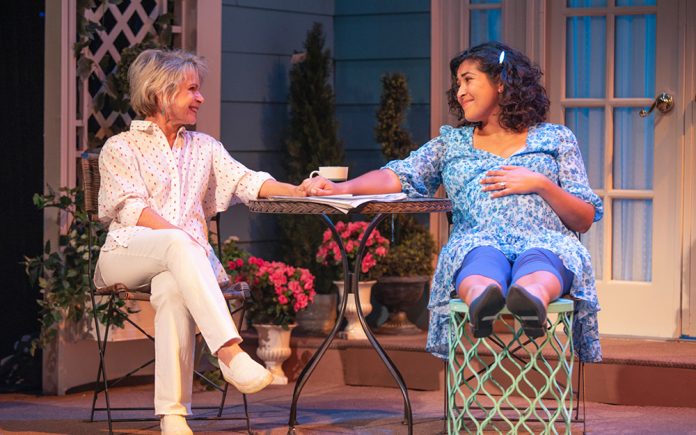 I once lived next to a senior couple who had obviously been married for many years, but seemed to hate each other. Their yelling and screaming could be heard around the entire block.  She would scream at the top of her lungs that she wished he was dead, he would respond with endless streams of cursing and name calling. There did not seem to be any physical violence going on, just a continuous verbal assault between the two of them.  It was a never-ending battle until he died and then she became the saddest, most grieving widow you could ever imagine.  It was tragic.  But it was hell for anyone who lived within hearing distance of this couple.

Just like family, we don’t usually get to pick our neighbors.  We are fortunate if they are friendly and considerate, doomed if they are not.  But in the mix of different cultures and beliefs, that cohabitate in close proximity, if we put in some work, there are times when we can learn new things about people who are different from ourselves.  And the effort just might be worth our while.

When asked about what inspired her play, Native Gardens, currently in production at the Coachella Valley Repertory, Playwright Karen Zacarias said “I was at a party and people were talking about fights with their neighbors and I realized that almost every single fight between neighbors involved fights over property or fights over taste or culture. Almost every single war/fight that is going on in our community and in the nation and in the world at large, has those things in common.  I thought there is something both poetic and primal and absurd about what makes us get so triggered and angry that we lose sight of what’s important. So, I wanted to investigate that with humor.”

You can’t choose your neighbors. In this comedy, cultures and gardens clash, turning well-intentioned neighbors into feuding enemies. Native Gardens tells the story of a high-powered lawyer named Pablo and his very pregnant, doctoral candidate wife named Tania, who have just purchased their dream home in the suburbs of Washington D.C. It’s a bit of a fixer-upper, but luckily Tania, is a brilliant gardener and plans to transform their outdoor space into a beautiful native garden. Their new next-door neighbor, Frank, is a gardener himself and spends most of his time nurturing his non-native garden to win the annual gardening competition in the neighborhood.

Frank and his wife Virginia have lived there for a long time and welcome Pablo and Tania with open arms. However, when Pablo invites his whole law firm over for a BBQ, Tania and Pablo set to work on building a fence and discover that their property line is 2 feet into Frank’s beloved garden. Disagreement over a long-standing fence line soon spirals into an all-out border dispute, exposing both couples’ notions of race, taste, class and privilege. Civility and kindness fades, as the gloves come off. Frank and Tania ultimately reveal their biases towards each other, as they struggle to reclaim their humanity, despite learned judgments.

Karen Zacareas is a multi-award-winning playwright. Her plays have been produced on stages across the country.  CV Rep’s production of Native Gardens is directed by Michael Matthews and features actors Dennis Gersten, Marta Portillo, Andrew Joseph Perez and Janellen Steininger.

Native Gardens is on stage at CV Rep through April 24th.