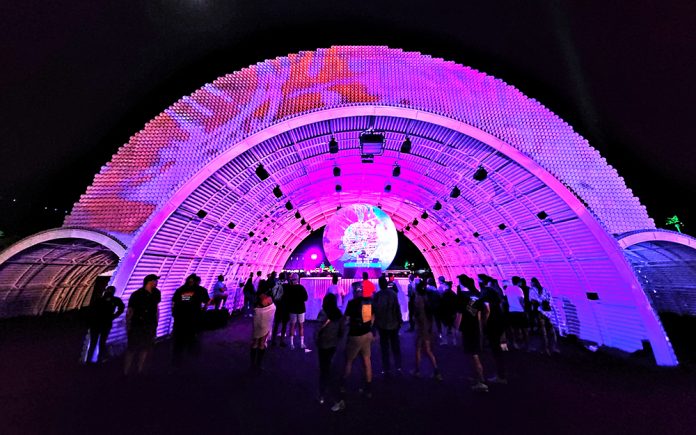 Coachella 2022 was well worth the wait with many stand-out performances and moments that made us emotional about the return of our beloved festival. Here are a handful of things that gave us all the feels at Weekend 1. 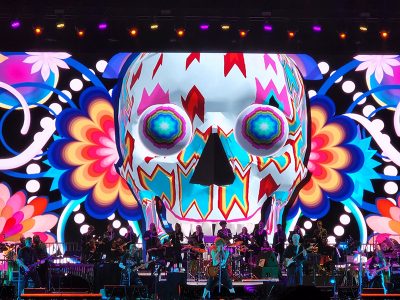 We must start with Danny Elfman, who rarely performs live, announcing he hadn’t played as Oingo Boingo in decades and that he had a weird set to share. The sheer brilliance of this frontman who evolved into one of the most notable film composers of our time was on full display and backed by a choir and orchestra. The set bounced along from throwback song to film score with accompanying video delighting fans old and new. He reprised The Nightmare Before Christmas, singing as Jack Skellington, answering the question “what is this?” with “COACHELLATOWN.” Cue the flashbacks!

Giselle Woo and the Night Owls, our hometown songstress and her band, persevered through a two-year delay to finally perform at the festival, bringing their A+ game and inspiring tears of joy from many of her supporters. 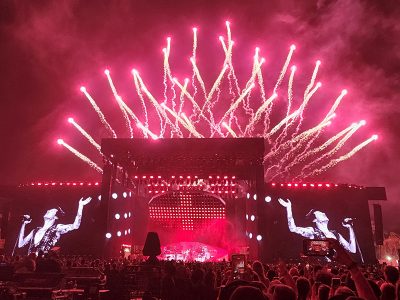 Harry Stiles was perfect. That guy is the whole enchilada. And then he made it even better by bringing out Shania Twain as his guest and thanking her for writing songs that he grew up singing in the car with his mum.

The award for most creative use of tech goes to Madeon who fully embraced the scale of the massive video wall with a choreographed performance in silhouette 20 feet up on a lift. It made him look like he was standing atop of an ever-changing mountain.

Billie Eilish is fresh in every sense of the word. Watching the quality and intensity of her sophomore performance, however, felt like we were seeing a well-seasoned pro beyond her years. She brought out members of the Gorillaz, who Eilish credits with inspiring her. Keep bringing it, Billie. We love everything you do.

Cristopher Chichocki, artist and Coachella Valley native, presented Circular Dimensions, a multi-sensory installation and audiovisual performance in the center of the field. The construction was nearly transparent when viewed from a certain angle during the day, but transformed at night with projection mapped across the surface. 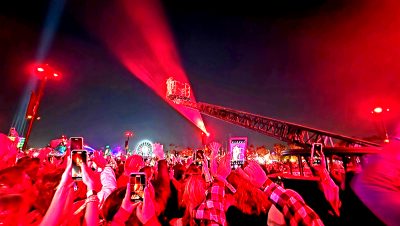 Bishop Briggs showed off her baby bump and paid homage to her sister, soulmate and best friend Kate, who died last year. At the end of the emotional tribute, she rubbed her belly, saying “Baby Kate.”

The Hu, a metal band from Mongolia and clad in black leather, delivered a punch of sound straight to the solar plexus with harmonized throat chanting over thunderous drums and blazing riffs played on traditional Mongolian instruments.

Sonny’s bar, adjacent to the Cantina at El Dorado, was merely a shack a short time ago, but with hot pink and aquamarine paint, hanging plants, flamingos, pink chairs, a retro logo and 80’s music, it was the finest bar experience outside of VIP. Pro tip, try the espresso martini at sunset for an energy boost to make it through the night.

All in all, three days and 50,000 steps were worth the investment for the feels we received in return. Welcome back, Coachella.