Playwright Neil Simon got his first big break in the early 1950s as a staff writer on Sid Caesar’s fabled television series Your Show of Shows, and this comedy takes a fictionalized look at the backstage chaos that went into producing one of the landmarks of television’s golden age.

Max Prince is the star of The Max Prince Show, a popular comedy-variety series that is a major hit on the East Coast, but network executive insists that it’s too sophisticated for the Midwest, and urges Prince to dumb down his act. Between the tensions of producing an hour of top-quality comedy each week and being pestered about his ratings, Prince is beginning to unravel. His last line of defense against both the network and the ratings are his writing staff, which spends its days coming up with business for the show while hurling humorous invective at each other and anyone else within earshot.

Keeping up a running commentary on the writing, fighting and wacky antics is Simon’s alter ego Lucas Brickman. 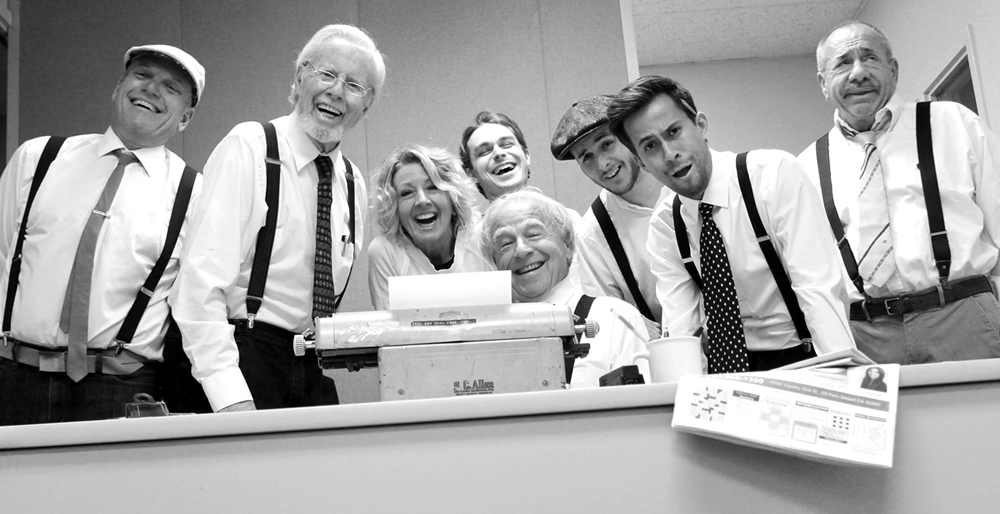 ”Laughter on the 23rd Floor is a nonstop laugh-a-thon” says Artistic Director/Director Lance Phillips-Martinez, “The script is masterfully written and will keep audiences laughing from beginning to end.”

Laughter on the 23rd Floor contains some mature language and is recommended for ages 15 and up.