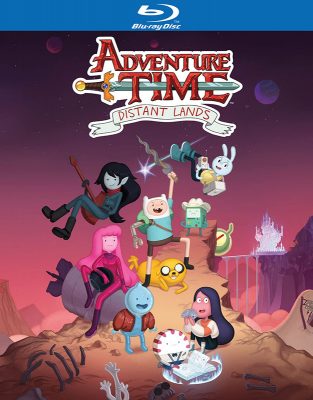 Binge all four episodes from the limited series and explore the unseen corners of their world with characters both familiar and brand-new.

Based on the Emmy and Peabody Award-winning animated series, Adventure Time, created by Pendleton Ward and executive produced by Adam Muto, the critically acclaimed series garnered numerous accolades over its 10 season run on Cartoon Network.  Originally airing on HBO Max, the popular show is among the streamers most watched original animated series/specials. 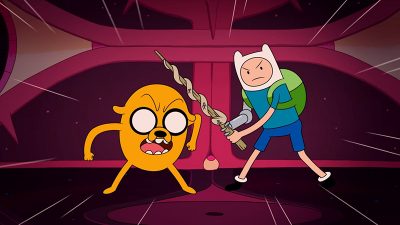 “BMO” – follows the lovable robot.  When there’s a deadly space emergency in the farthest reaches of the galaxy, there’s only one hero to call, and it’s probably not BMO Except that this time it is!

“OBSIDIAN” – features Marceline & Princess Bubblegum as they journey to the      imposing, beautiful Glass Kingdom – and deep into their tumultuous past—to prevent and earthshaking catastrophe.

“TOGETHER AGAIN” – brings best buds Finn and Jake together again to rediscover their brotherly bonds and embark on the most important adventure of their lives.

“WIZARD CITY” – follows Peppermint Butler, starting over at the beginning, as just another inexperienced Wizard School student.  When mysterious events at the campus cast suspicion on Pep, and his checkered past, can he master the mystic arts in time to prove his innocence?  In dazzling widescreen/hi-def.  WB/HBO Max. 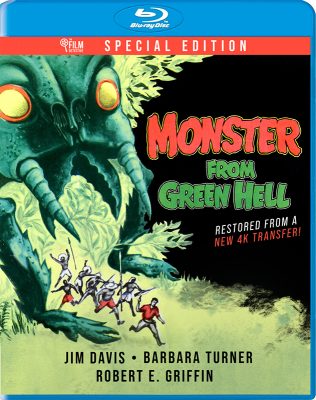 From the era of atomic testing and radiated giant bugs comes this vintage low-budget entry assembled from existing footage (MGM’s “Trader Horn”) with the addition of some acceptable stop motion scenes of giant wasps.  What’s not to love here?

When scientists try to understand the effects of cosmic radiation on Earth’s creatures, the result takes them to an area of Africa known as “Green Hell,” that just happens to be a place where ordinary wasps have mutated into gigantic, marauding flying monsters!  Jim Davis, who would someday star in the TV series Dallas, plays Doctor Quent Brady, the scientist who starts the whole mess.  The movie also stars Vladimir Sokoloff as the skeptical Doctor Lorentz, and Joel Fluellen as Arobi, who warns Brady to beware of the dangerous African location reminding that the locals don’t call the are “Green Hell” for nothing! 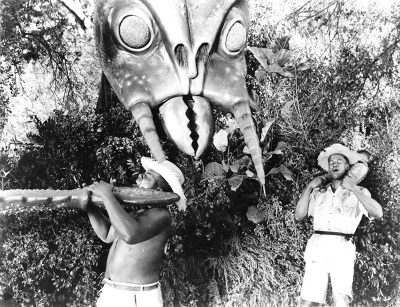 This mostly forgotten film has been restored in a crisp new 4K transfer featuring a rare color climax and a surprisingly detailed commentary from artist /author Stephen Bisette. . The disc Includes both widescreen and full frame versions.

I want to hear from you.  What are you watching?