On a personal note, I am not convinced movie lovers are flocking back to theaters.  My experience in the last few days suggests people are enjoying their home theater choices from a bounty or new releases of current and vintage titles.

A theatrical showing of Disney’s “Jungle Cruise” was sparsely attended.  However, last weekend’s Palm Springs premier of local actor Udo Kier’s heartfelt “SWAN SONG” was almost sold out.  I was surprised to see an audience of mostly masked attendees that remained for the Q&A with Newsweek’s former movie critic David Ansen, Udo and writer/director Todd Stephens.

There was an after-party upstairs at the Palms Springs Cultural Center (formerly the Camelot) that required a vaccination certificate to enter!  No confrontations or arguments abut the policy.  Maybe it’s safe to embrace the big screen experience anew?  Better safe than sorry. 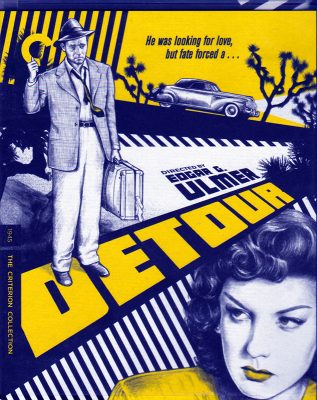 Among the most lauded of film noirs plays out the dark fatalism of a down-on-his-luck nightclub musician (Tom Neal) hitchhiking from NYC to LA who suddenly finds a dead body on his hands and nowhere to run when he steals the dead man’s car.

Things get worse when he picks up Vera, “the most vicious femme (Ann Savage) fatale in cinema history.“  Savage’s conniving drifter is a wonder to behold.  Low budget auteur Edgar G. Ulmer creates indelible pulp poetry in this first major restoration.  Long unavailable in a crisp, clean format, this striking edition allow for a much fuller appreciation of Savage’s hard-boiled beauty than before. 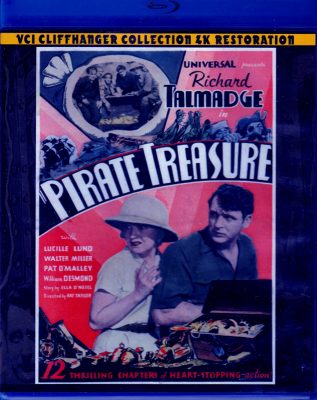 Daring aviator Dick Moreland goes to the Caribbean to recover his pirate ancestor’s looted booty.  But, since this is a movie serial, it gets worse and more complicated fast.  Moreland loses his map to his rival who kidnaps his girlfriend (Dorothy Craig).

This Universal serial moves like a bullet.  Lots of fighting and big action with convincing and clearly dangerous stunts.   The movie looks great, all 240 minutes and the sound is sharp.  Nice bold subtitles help.  VCI/MVDvisual.  Blu-ray. 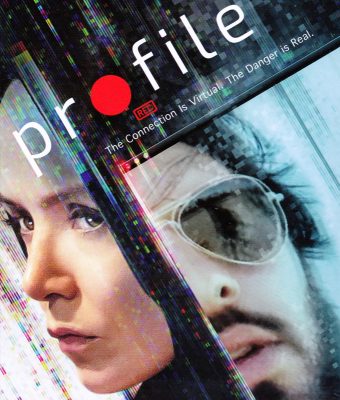 Valene Kane and Shazad Latif star in the suspense thriller based on a trues story from the director of WANTED.

This timely and clever film follows an undercover British journalist on her dangerous quest to bait and expose a terrorist recruiter through social media, while trying not to be seduced in by her recruiter and lured into becoming a militant extremist – or suicide bomber – herself.

This unconventional and hugely relevant thriller from director Timur Beckmambetov plays out entirely on her computer screen in the “screen life” format, You will be riveted by the real time unfolding of this ongoing faux but believable romance with lethal consequences.  Recommended.   Universal.  Blu-ray. 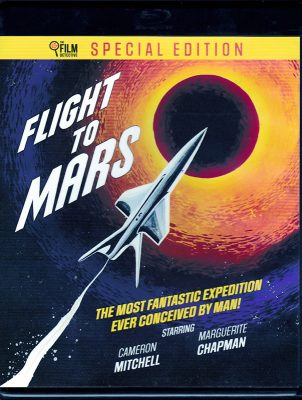 Clearly set in the 1940 and 50s, the amusing, sometimes serious but pretentious dialogues reflects the era and at the same time reminds of greater genre films to come like Ridley Scott’s PROMETHEUS and Stanley Kubrick’s 2001: A SPACE ODYSSEY.   The basic plot was lifted from a 1924 Soviet film, “Aelita, Queen of Mars.”

This obviously low budget movie with clever, colorful sets and modest effects remains a fun diversion even in our advanced tech era of incredible space exploration.

The story revolves around five earthlings (the film stars Cameron Mitchell and Marguerite Chapman) who land on Mars but are “greeted” by a team of seemingly friendly Martians who are determined to get off the dying red planet by any means necessary including stealing thee Earthling’s rocket.

The big question is can our earthlings stop a Martian invasion of earth and survive long enough to somehow return to the home planet?  No spoilers here. 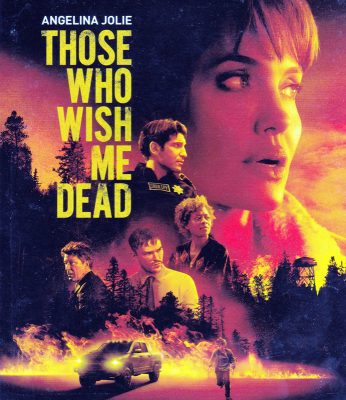 THOSE WHO WISH ME DEAD

Oscar winner Jolie stars as Hannah, a smoke jumper recovering from the loss of three young lives she failed to save from a fire.

When she comes across and bloody, battered and traumatized 12-year-old boy, the two set out together to cross miles of dense woods.  Braving deadly lightning storms that challenge even Hannah’s superior survival skills, they are unaware of the true dangers they face as they’re hunted by two killers while a monstrous blaze heads straight for them.

The best thing about this film is the utterly convincing wildfire effects that surround Hannah and her young charge.

A nice extra is fascinating a making of featurette.  Warner Bros.  Blu-ray.

Have you be seen a movie recently in a theater?  Do you feel safe as the virus surges?  What have you seen in a theater?  What do you most want to see on a big screen?