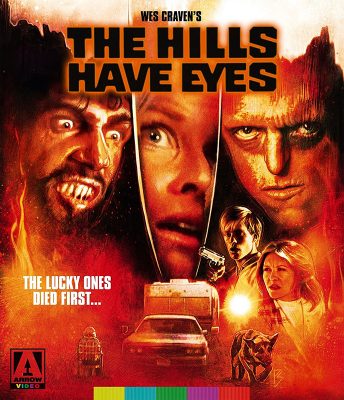 “The lucky ones died first…”

Horror master Wes Craven achieved critical and commercial success with the likes of Scream and Nightmare on Elm Street but for many movie fans, the director’s seminal 1977 effort remains his masterpiece.  Taking an ill-advised detour en route to California, the Carter family soon run into trouble when their camper-van breaks down in the middle of the desert.

Stranded, the family find themselves at the mercy of monstrous cannibals lurking in the surrounding hills.

With their live under threat, the Carters have no choice but to fight back by any means necessary.

Following on from his notorious 1972 directorial debut (The Last House on the Left).   Craven’s The Hills Have Eyes stands alongside the likes of Texas Chain Saw Massacre and Night of the Living Dead as one of the defining classics of American horror cinema. This special edition includes huge treasure trove of watchable extras. .Arrow Video. 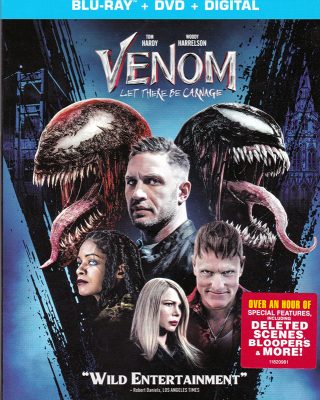 VENOM: Lest There Be Carnage

Tom Hardy returns as the lethal protector Venom, on of MARVEL’s greatest and most complex characters.

In search of his next big story, journalist Eddie Brock lands an exclusive interview with convicted murderer and death row inmate Cletus Kasady (Woody Harrelson), who discovers Eddie’s secret and becomes the host for Carnage, a menacing and terrifying symbiote.  Now, Eddie and Venom must get past their contentious relations to defeat him.  Directed by Andy Serkis with a story by Tom Hardy & Kelly Marcel and screenplay by Marcel, this new edition also stars Michelle Williams and Naomi Harris as Shriek.  Blu-ray.  Sony.

What are you watching? Drop m a line.  I like hearing from readers.