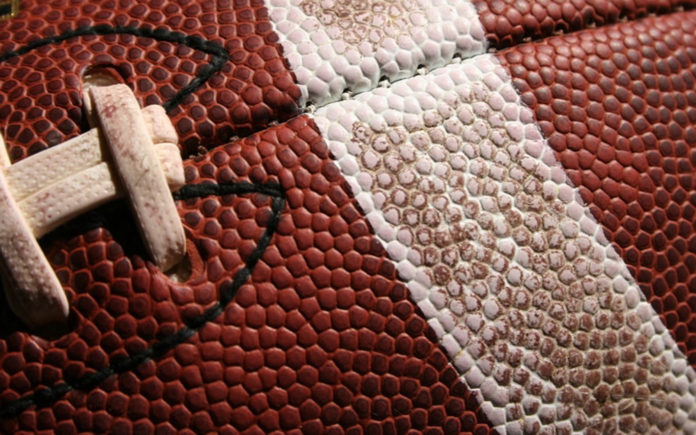 Those jonesing for even a piece of NFL football information, waiting out those long months between the Super Bowl and early September, got a boost on Thursday night. The NFL released the 2018-19 regular-season schedule, and as expected, there are plenty of highlight games. But as sportsbooks quickly worked to post Week 1 lines, one of the lowlight games proved to be among the toughest for oddsmakers.

“The Bengals-Colts game, due to Andrew Luck and what percent he might be when he returns,” Pete Fox From NBC Sports said of the most difficult game at his spot, “That game has the potential to be fluid.”

The Colts opened as a 1-point home chalk as part of the 13-game Sunday slate in Week 1. Luck missed the entire 2017-18 season following shoulder surgery on his throwing arm 16 months ago. His status is certainly still a question mark for Week 1 this year.

Another recovering quarterback presented a linemaking challenge for a highlight Week 1 game: Houston Texans at New England Patriots. This one is very difficult because of the unknown. You have Deshaun Watson coming off that horrible knee injury, so how healthy is he going to be out of the gates? And then you have various reports that Tom Brady and Rob Gronkowski could retire. I fully expect that pair to be there opening week, but you never know. If all systems are a go on both sides, look for the Pats to be around 6-point chalk.

Both offshore and some Vegas books went ahead and rolled out a number, expecting all things to be equal. Early lines were close at 6.5 to 7, there’s plenty of Patriots support without inducing it, so 7 was the starting point.

Of course, Week 1 begins with a Thursday night game, this time featuring the Super Bowl champion Philadelphia Eagles hosting the Atlanta Falcons on Sept. 6. And again, there’s a quarterback issue, with the Eagles’ Carson Wentz – who watched Nick Foles lead the team to the title – sitting the last few weeks of last season with a torn ACL.

There were numbers ranging from 3 to 5.5 on the eagles,” Sheehan said. Chet knows his Philly teams best, and he decided upon 3.5 to be the betting number if you can still catch it.

However, there are many books holding off on the Falcons-Eagles line. Due to the unknown of Carson Wentz and his status will make this difficult to set a line for. If they know he’s out, then the books can factor in a number for Foles. But who’s to say he will or won’t be in an Eagles uniform come Week 1?

Other key Week 1 matchups and lines:

Those are two teams that greatly underachieved in my eyes last season, despite the Panthers going to the playoffs. It feels like these clubs should be mainstays in the postseason year in and year out. As of now I see many early rankings have Carolina just a tad higher in terms of ratings, so you take that and home-field advantage into account.

Added Chet Sheehan, “I see numbers anywhere from Panthers -1 to -3, and settled just short of 3, opening at Carolina -2.5.”

The matchup is among the early kicks on that first Sunday, Sept. 9, much to the chagrin of Vegas Sportsbooks who by account, have installed the Vikings a 4.5-point favorite.

This game should have been the early Monday night game, from a wagering handle standpoint. Instead, the NFL’s Monday night doubleheader opens with the dreaded New York Jets at the Detroit Lions (-6).

There’s a ton of hype surrounding the Niners in 2018, some unwarranted, so I’d expect to see some ‘dog money at this number. While sometimes perceived as pedestrian, we can’t forget the fact that this Vikings squad was one of the best, if not the best at times, in football last year. G’Luck!