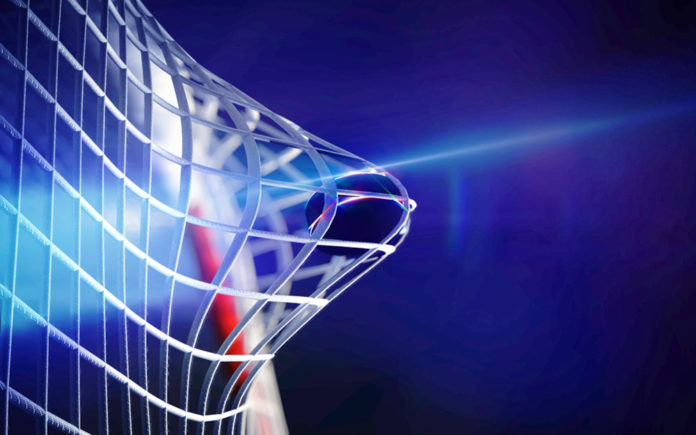 NHL scoring is up over half a goal per game this season compared to last and almost a full goal more than two seasons ago. That’s been a boon for hockey bettors siding with the Over. NHL games are averaging 6.11 goals per contest entering Thursday night’s slate on the ice. Last year, games average 5.45 markers and 5.33 in the 2015-16 campaign.

The Over is cashing at a 59.34 percent win rate after the first 94 games of the regular season and that’s despite a dramatic increase in games with 6-goal totals.

There were no games with totals higher than 5.5 for all of the 2015-16 season and only seven games with six-goal or higher over/under lines in the 2014-15 campaign. Oddsmakers have already given 15 games a total of six goals and one a 6.5-goal number this season. Teams to keep an eye on:

The Leafs are first in the league in goals scored and are surrendering over three goals per game to opponents. The average total goals scored in a Toronto game is an even eight after the club’s first seven contests. The Leafs own the league’s second-best power play with a 30 percent success rate and second-year center Auston Matthews leads the Buds in scoring with six goals and four assists.

The Panthers are averaging 3.4 goals per game and are giving up about four every time they step on the ice. Florida is the fifth-worst penalty killing team in the NHL and starting goalie Roberto Luongo is carrying just a .901 save percentage.

The Wild have only played four games so far this season but in that short sample size, we’ve seen the red light lit 30 times – 15 for the Wild and 15 for their opponents. Minnesota is in the Top 10 in goals for/against. No. 1 netminder Devan Dubnyk owns a bloated 3.70 goals against average and an embarrassing 8.94 save percentage in three starts this season.

The Jets thought Steve Mason was going to be their starting goalie but backup Connor Hellebuyck is clearly outplaying his teammate. Winnipeg has surrendered 18 goals in the three games Mason’s started and only five in the three starts Hellebuyck’s been given.

They say home is where the heart is and in the baseball postseason, it’s also where the money can be found.

The most dominant betting trend of the 2017 MLB playoffs so far is home teams having their way with the visiting competition. Baseball teams playing on their field are 13-3 this postseason. For perspective, home teams went 18-17 last year in the playoffs and 19-17 the year before. If you’d bet $100 on the home team in all 16 games so far this postseason, you’d be up $617.53 or 6.17 units.

Home favorites are an even better 11-1 straight up and 9-2 against the runline. The Chicago Cubs are -160 home chalk tomorrow against the Washington Nationals in Game 4 of series while the Cleveland Indians are -180 home faves against the New York Yankees in the late game.

The postseason is supposed to be time for money arms to deliver, but that’s not what we’ve been witnessing this month. MLB starting pitchers own a collective 8.53 ERA in the playoffs and leading Cy Young contenders like Chris Sale, Corey Kluber and Clayton Kershaw have all gotten chased out of games early.

Not surprisingly, the over is 6-3 in the American League playoff games and 4-3 in the National League.