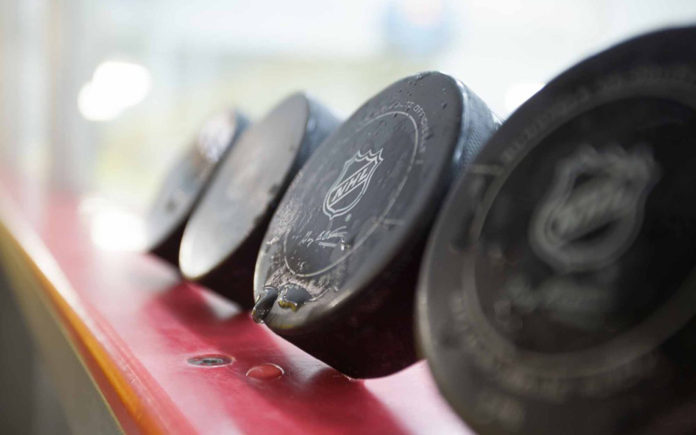 The Florida Panthers finished the 2017-18 season as the hottest team in the NHL. Unfortunately, ending the season winning five straight games wasn’t enough as they missed the playoffs by a single point, finishing in ninth place in the East with 96 points.

While I can’t say I’m a fan of every aspect of the Panthers roster, they’re so top heavy that it’s hard to see a scenario where they don’t qualify for the playoffs.

Only black eye? The team’s forward depth might undo all of the Panther’s playoff hopes. Florida may ice Troy Brouwer, Derek MacKenzie, Colton Sceviour, and Michael Haley during games. They combined for 23 goals last season (11 from Sceviour). If Florida can replace needless vets with talented youngsters like 2016 first-round pick Henrik Borgstrom (who was sent to the AHL) instead, they’re a no-doubt playoff team. For now, they should be one, but their depth might catch up to them.

In what was supposed to be a good season in Calgary, the year went off the rails as the Flames finished with just 37 wins and 84 points – the fifth-worst record in the Western Conference.

So, why might the Flames bounce back? It’s simple. They’re too talented to be that bad again.

The Flames upgraded their depth considerably this offseason, bringing in 25-goal scorer James Neal, upgrading Michael Ferland to Elias Lindholm (while downgrading at a position of strength in Noah Hanifin stepping in for Dougie Hamilton) and adding some nice bottom-six pieces in Austin Czarnik and Derek Ryan. Throw in some top-tier talent such as Johnny Gaudreau, Matthew Tkachuk and Mark Giordano (among others) and the Flames don’t have many holes.

The biggest factor in Calgary returning to the postseason is the play of their goaltenders. Mike Smith had a solid first campaign in Calgary, starting 55 games to a 25-22-6 record with a 2.65 GAA and a .916 save percentage. He’ll need to stay at the same level or better for the Flames to succeed. Backup goalie David Rittich proved steady in 21 games with the big club last season, but the team would be wise to snatch a veteran backup if Rittich isn’t ready. An injury to Smith would be catastrophic.

I want to stop believing in the Carolina Hurricanes, I really do. Every season for the past few years, they underachieve and have the unluckiest stats across the league, so it’s easy to pick them as a potential playoff contender despite their recent track record. I’m adding them again because the team underwent a ton of changes which should better them going forward.

What’s clear is the Hurricanes defense is stacked with the additions of Calvin de Haan and Dougie Hamilton. The team’s forward core is also impressive. But, what’s going to sink or swim the team is goaltending.

I loved the low-cost acquisition of Scott Darling last season, but he was awful for the Hurricanes. In 43 games, he posted a 13-21-7 record with a brutal .888 save percentage. He didn’t look like a starting goalie and will need a bounce-back campaign to have any future with the team. Challenging Darling is another goalie coming off a terrible season, Petr Mrazek. Mrazek finished 18-21-9 with a 3.04 GAA and a .901 save percentage. Again, bad. If either goalie can provide anything close to league average goaltending, Carolina should have a shot at the playoffs. But, that might be asking too much. G’Luck!