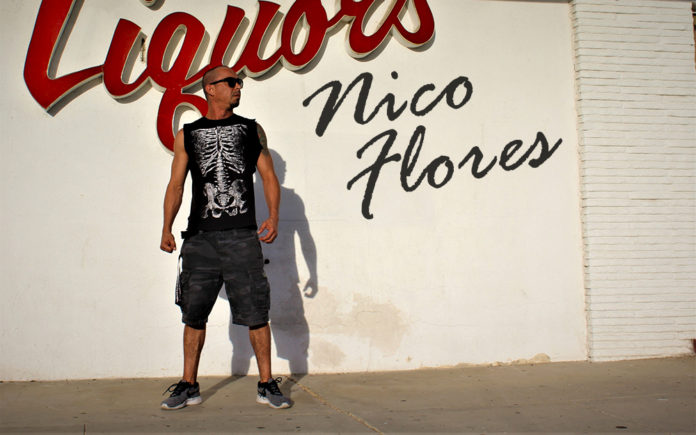 Since the inception of the Coachella Valley Music Awards, desert native, Nico Flores and his band, Se7en4, (named after Hwy. 74) have been cleaning up trophies in multiple categories including Best Punk Band and best album for their 2015 release, Let’s Get High and Fight. Last month, Flores picked up his 3rd CVMA in the, “Best Frontman,” category… an honor that, due to an apparent tie in votes, was graciously shared with Ormus frontman, Martin Posada.

When you think of what qualities make up a great frontman, you probably think of a number of ingredients to stir into the pot. Charisma, charm, energy and attitude may come to mind. Flores possesses all of those traits and then some, which is evident in the fact that he has continuously been nominated by his peers and voted for by the community which he himself deems, a true honor. As natural as it seems for Flores to command an audience, it’s not necessarily a skill he learned overnight. On the contrary, he has been honing his chops as a musician and performer since middle school.

CVW: Okay, Nico. Let’s talk about how you got into music and what lead to you becoming a performer?

Flores: “I always liked music, but I also really liked sports and unfortunately, everyone in middle-school seemed to hit puberty before me and I was like, ‘Shit, how else am I going to get chicks?’” 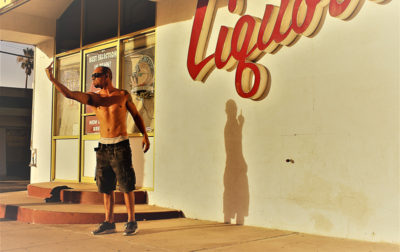 After we had a good laugh, Flores continued: “Seriously though…I guess it was around 7th grade when I met my buddy Chris Cole. I went to his house to hang out and he had a guitar and a drum set and I was like, ‘Woah!’ The two of us hung out all year which lead me to decide that we were going to be in a band together. Consequently, I ended up mowing lawns and doing whatever else I could to raise money to buy myself a bass from the Sears catalog. I was actually looking for a guitar but my brother Armando said, ‘Why don’t you get a bass?’ I was like, ‘What’s a bass?’ And he said, ‘You know that Red Hot Chili Peppers video where the guy has all the stuffed animals on his leg? That guy plays the bass.’ And I was like, ‘I’m gonna get a bass!’ And I did. Chris and I proceeded to gather up whatever kids we could find that played instruments and started what was probably one of the worst sounding bands ever but we were kids, and that’s how it all started.”

CVW: So that was middle-school. Where did it go from there?

Flores: “When I was 16 I was asked to play bass in a band with Herb Lienau. He heard my brother played bass but he was already in a band so they decided to try me out despite my age. I remember my dad speaking with him on the phone about it and driving me to meet up with them in Palm Springs. I also met John Hall that day and we ended up being a band called, Super Fun Happy Slide.”

CVW: Really? So you were just a kid in a band with these grownups?

Flores: “Yep. And because of that situation, I had the opportunity to meet guys like Mario Lali, Brandt Bjork, Brian Maloney and all of these other guys who were so nice to me and so influential… not only for me, but over the entire scene out here and beyond. Before then, most of all I knew about music was what was on MTV. I knew and loved Kyuss and a few local, High School bands that my brother talked about, but other than that, I had no idea that there was a scene out here until meeting these guys.”

CVW: Did playing with Super Fun Happy Slide lead to anything?

Flores: “Oh yeah, we got to open up for some acts like Greg Ginn of Black Flag and Agent Orange. We got to play in LA and Riverside, etc. Mind you I was only about 16 so I wasn’t allowed to hang out in the venues, so unless I was setting up or playing I had to wait out back. That didn’t bother me because I was just stoked to be there. The attention I got for being a kid in this band was enough payment for me.”

CVW: At what point did you hook up with the guys that lead to SE7EN4?

Flores: “I was still in high school when I ended up joining a band called, CROOK. I was attending PDHS which is where I met Steve Hall and Cris Cichocki, who is a very well respected artist around the valley right now and may not want you all to know that he was once in a band with Hall and myself, but he was!”

CVW: Can I quote you on that?

CVW: So your connection to CROOK and Steve Hall eventually lead to a journey of various versions of multiple bands. You met up with Pete Burquez and you guys were eventually in need of a frontman, right? 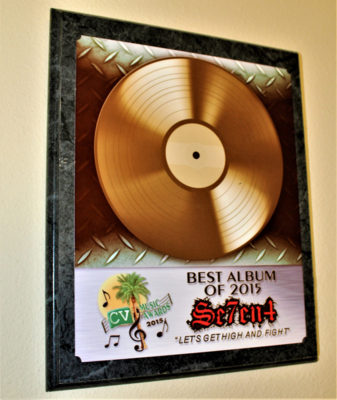 Flores: “Basically. Mind you, up until this point I was a bassist…and a mediocre one at that. We were trying to figure out what we were going to do and the guys started saying, ‘Hey, dude! You gotta big mouth. You’re kind of a hothead, why don’t you be the frontman?’ I did have a lot of energy and I could see myself jumping around and screaming and getting it all off my chest. I was kind of a born exhibitionist so it just made sense. I really have never considered myself a singer. My brother Armando? That guy can sing. Guys like Michael Keeth? That guy can sing. I can scream in key, I have a lot of energy and I think I know what I want, so I guess I just make it work.”

SE7EN4 will be performing at the Whiskey A Go-Go on July 12th and Sept 19th with HED PE.