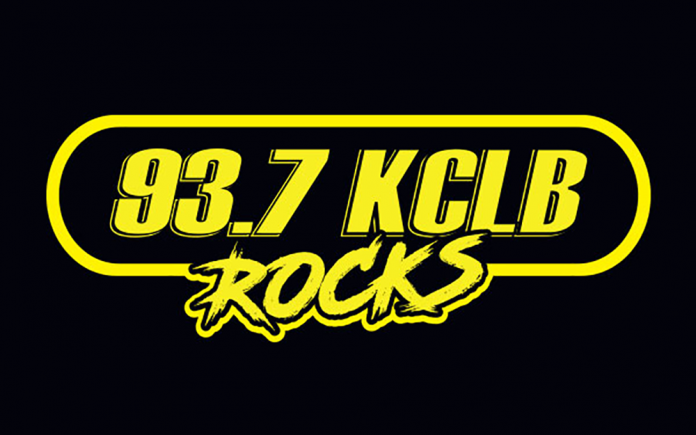 With their 28th anniversary on the airwaves approaching, it’s no surprise that one of the longest running radio stations, KCLB 93.7, won the 2019 Coachella Valley Music Award for ‘Best Radio Station’. Sticking to a format of mainstream rock strewn with artists like AC/DC, Queen, Foo Fighters and Metallica, KCLB has also welcomed many of the Coachella Valley and High Desert’s best musicians onto 93.7 on the FM dial.

Coachella Valley Weekly spoke with KCLB Most Valuable Player, Todd ‘T.K.’ Killiam, about their win and what’s next.

CVW: What were your feelings once you realized that KCLB had won for Best Radio Station?

T.K.: “It’s an honor. It’s all about the people for KCLB. We try to serve the community the best we can, whether it be local bands, playing the right music, facilitating events, concerts, whatever it is, it’s a big deal. Some people say, rock is dead, but in the Coachella Valley, it’s not even close.”

T.K.: “I don’t necessarily see myself as that. I just feel I’m working for the cause and serving others. I’ve been doing radio for so long. When I was in San Diego it was a really big deal to be a part of the station. It was a lot of fun, but as my career grew and I went into Los Angeles, the bigger my audience got, the more humble I became. In Los Angeles you’re one soul representing 16 million people. It’s kinda heavy. When I got to KCLB, I felt everything I learned along the way I got to apply at KCLB and just do the right things for the Coachella Valley. It’s a big deal to support local music and events. The nice thing about KCLB and the Coachella Valley is it’s a small enough community where you can really ‘super-serve’ in comparison to larger cities. It’s a great place to be and have a rock station. To be voted the best one of the year means everything. It validates our efforts. For me, #1, I came here to work. #2, I’m doing my job. And #3, I’m really happy that everyone likes the station.”

CVW: You are now notorious for supporting local musicians and events. Why does that seem like a ‘no-brainer’ but still, not many local radio stations participate in?

T.K.: “It was something we did in the Los Angeles station I worked in and many of those bands that are out there coming from L.A., like Silversun Pickups, where we broke them as local artists. I almost felt that it was what a radio station should do. That’s the point, serving the community. I don’t know where we lost the local music and events aspect of radio but it’s almost impossible to answer your question. The Alpha Media slogan is ‘Live and Local’. The company really does support and encourage it. It wasn’t really a hard sell; it just really hadn’t been done. We are the right people. Management totally gets it, understands it and they back it.”

CVW: Alpha Media and KCLB really do trust you in your approach to supporting local artists. How was that developed?

T.K.: “Trust is a great word. I don’t take advantage of it, we’re there to serve, put the bands on the air. There are so many different styles of music in the Coachella Valley. It gives everyone a voice. That’s the truth. This is the most fun I’ve had. We had Tony Tornay of All Souls on-the-air the other day and he thanked me for interviewing him but I’m the one that’s thankful to be doing it.”

CVW: The listeners are usually the last ones to hear about format changes or the loss of DJs. What are the chances a larger market snatches you up in your prime?

CVW: What do you feel your legacy will be at KCLB when it’s all said and done?

T.K: “I would like to be the Rodney Bingenheimer of the Coachella Valley. He was a KROQ DJ who was known for helping many bands become successful in the American market. He developed a reputation for being the first American D.J. to identify new artists and play edgy new bands.  If I could be The Music Champion that is a title I’d be happy with for the rest of my life. Alpha Media has given me a lot of freedom at KCLB. I also help the Program Director at Eagle 106.9 and I also help quite a bit with KNEWS 94.3, the talk station. I’m so thankful for that freedom being the kind of radio person I am. The people at Alpha Media allow KCLB to do what rock stations are supposed to do. They let it happen. There’s a great trust to do the right thing.”

CVW: What can we expect from KCLB and T.K. in the next year?

T.K.: “Something I’ve wanted to do since day one is build a KCLB Local Music Fest for local bands and have it somewhere really big. You already have a local radio station backing the local scene. I would like to put the KCLB brand on a local music festival. Just a fun party during the right time of the year. A two-day event in October with local bands. That to me is a big goal. We are now at a place where, after the success of our support of the local scene, we should revisit the festival idea. With Phil Lacombe and Tracy Dietlin at Coachella Valley Weekly and Arthur Seay we could really collaborate on something special. KCLB LOCAL MUSIC FEST! BOOM!”