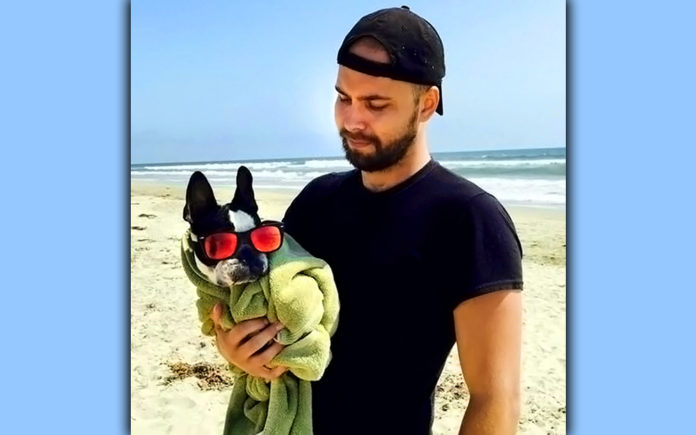 The Hood Bar & Pizza’s booking agent, Nigel Dettelbach, had a vision. A vision to make The Hood Bar THE comedy haven in the Coachella Valley. Most thought he was half-baked. Even after providing a platform for local comedians like Kris ‘Cricket’ Bossi, Jacob Cantu, Dacoda Miracle and Isabella Luisi who, together with Dettelbach, created a successful formula featuring local talent, the odds were stacked against their efforts given the finicky palate of the desert’s night-loving audience. Once the native comedy threshold was achieved, it was time to book bigger acts. Dettelbach decided to make trips to Los Angeles comedy clubs like The Comedy Store to book headliners like Ian Edwards, Jamie Kennedy, Erik Griffin, Malcolm Hatchett, Sara Weinshenk, Frank Castillo, Ryan Reaves and Sandro Iocolano.

On Saturday, August 24th, Pauly Shore will be newest headliner for Comedy Night at The Hood Bar & Pizza in Palm Desert, California. Tickets are $25 and can be purchased at The Hood at 74360 Highway 111. Doors open at 8 p.m.

Coachella Valley Weekly contacted Dettelbach as he prepared to, once again, sell out The Hood.

CVW: What was your vision when you decided to start Comedy Night at The Hood and how close are you to that vision?

Dettelbach: “It really all started after I watched an old Rodney Dangerfield special and thought to myself, ‘why don’t we have a weekly comedy night at The Hood?’ Another big inspiration was seeing local comic Jacob Cantu perform stand-up regularly at The Hood’s open mic. He taught me a lot about the current L.A. comedy scene which inspired me to bring comedy to The Hood on a weekly basis. I wanted The Hood to be a place where local and famous comics could call home, while develop material on stage and make it a hub for legit stand-up in the Coachella Valley. I feel like I have hit my original goal and now on to the next one which I am currently working on with comic Ian Edwards, there are big things in the works!”

CVW: What have been your favorite moments so far?

Dettelbach: “My favorite part has been seeing the development of local comics and the growing number of turnouts week after week. I would also say becoming friends with a lot of the headliners I have booked has been great. It has opened a lot of doors in the industry for me.”

CVW: You work hard to book musical acts as well. What do you have planned for the future of music at The Hood?

Dettelbach: “Booking is a tricky art. It’s a very strategic thing especially out here in the desert. But I just hooked up with a great booking agency that’s going to send me some awesome acts. I am very optimistic about The Hood’s musical future.”

CVW: The Hood owner Brad Guth basically hands you the keys to The Hood and trusts you with his baby. What can you tell us about Brad that we may not know?

Dettelbach: “Brad is the best boss I could have ever asked for. Anyone that knows Brad or just met him knows how welcoming he can make you feel. He’s is all about customer service. I respect his sense of business. He’s all about the numbers which is how you run a successful business. One thing people may not know about Brad is that he is the hardest worker at The Hood physically too. He opens the bar by himself every morning and it’s not an easy task.”

CVW: Who’s your legitimate “white whale” of comedians you’d like to book?

Dettelbach: “Joe Rogan, who I am currently working on. I have his cell number! Nick Swardson would be funny too!”

CVW: You started out working with local comedians when you started this journey & you’ve been a big part of opening the local culture of comedy to the Coachella Valley. What else needs to happen for local comedians to thrive?

CVW: You are known to have a dry sense of humor. Where did you learn to appreciate comedy and what comedians did/do you admire?

Dettelbach: “I was lucky enough to grow up with really funny friends. We all got along through skateboarding and making funny home movies. We shared the same sense of humor and it’s always been a part of me. I have home movies of me at five-years-old impersonating Jim Carrey, so comedy has always been with me.”

CVW: You’ve scouted comedians at venues in Hollywood, etc. What have you learned through this process & how do you determine that a comedian is a good fit for The Hood & this area?

Dettelbach: “I exclusively go to The World-Famous Comedy Store in Hollywood. I have developed an awesome relationship with the place. When I go to the venue I am put on ‘the list’ and I get to go backstage and the private hang-out spots to meet the real-deal people. It’s all fun but extremely natural at the same time. As far as booking, I recognize talent when I see it. If I think they are great I invite them to The Hood. The same goes for the bigger names but I have to think will the desert folk pay $10-25 for this. That’s where strategic booking comes into play.”

CVW: How excited are you for Pauly Shore coming to The Hood? Tell us some of your favorite Pauly movie moments.

Dettelbach: “The Weasel! What else can I say? I grew up with his movie Bio-Dome. That was my movie! Also, pretty much everything else he’s been in. A lot of people just think of him as the actor from the 90’s but he was an MTV superstar when it was still Music Television. And his parents were the ones who started the comedy store in the early 70’s. He grew up in The Comedy Store as a child surrounded by all these legends. Now he is running his YouTube channel and constantly on the road touring. He is always working! Follow him on Instagram!” 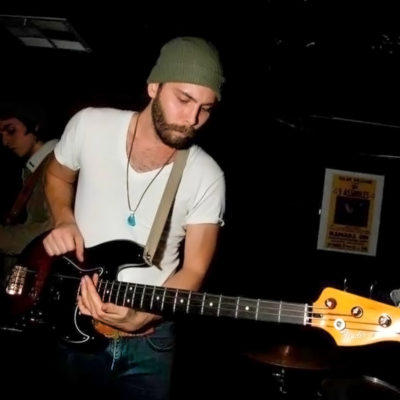 CVW: What’s the deal with Slipping Into Darkness? (in my Jerry Seinfeld voice)

Dettelbach: “We just finished our album! 12 songs total! Six songs produced by Eduardo Arenas, bassist from Chicano Batman and the other half produced by Pete Dee, guitarist from The Adicts. Matches made in heaven! Our engineer was Grammy–winning producer and mixer Cameron Webb. He is famous for engineering everything Motörhead did from 2004 up until Lemmy Kilmister’s passing and has worked with Sum 41, NOFX, Megadeth and Limp Bizkit. All three of those connections are currently shopping the album to record companies, so we’re in really good hands.”