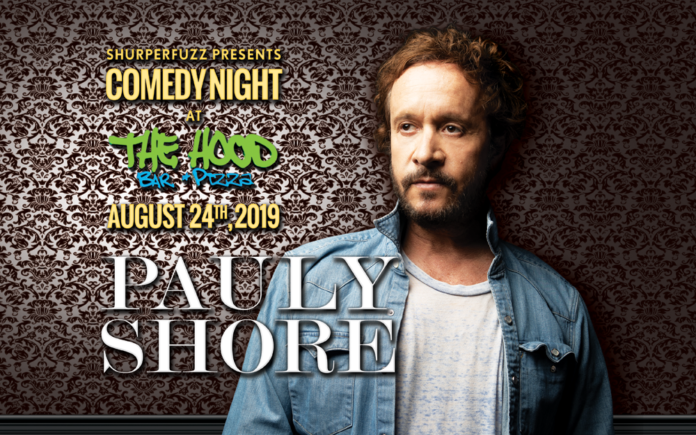 Comedian Pauly Shore represents a generation of the early 90’s thanks to his success as an on-air MTV VJ along with his show Totally Pauly and cult classic comedies like Encino Man and Son in Law.

Shore will be headlining Comedy Night at The Hood Saturday, August 24th at The Hood Bar & Pizza in Palm Desert, California. Tickets are $25 and can be purchased at The Hood at 74360 Highway 111. Doors open at 8 p.m.

Coachella Valley Weekly spoke with “The Weasel” by phone as he ‘munched on some grindage’. 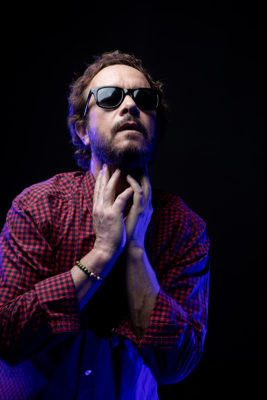 Shore produces a weekly podcast called Pauly Shore’s Random Rants that’s not so random. He put’s his heart and soul into the series and it’s hilarious. “It’s stuff that’s in my head, my train of thought process and how I develop my comedy. Every day I’m always thinking about jokes and what’s funny. We’re comedians, that’s what we do, we can’t stop our brains from naturally looking at society and trying to make light of it. It’s the incubus of my material.” The improvisation and back and forth with his producer Jason are the highlights of Random Rants. If there was a thought that Shore is forgotten, this podcast and his current stand-up show quite the contrary. Shore agreed, “I’m really excited about the podcast, it’s hard for me to get excited about anything because I’ve been doing this for so long. I’m enthusiastic about it because it’s old school Pauly.”

The future of the podcast also includes booking guests. “I first wanted to set it up by myself. Just to figure out what the fuck it is. I was really just trying to find out the rhythm of the whole thing. Now I’m getting more comfortable the way the whole thing is and now I’m gonna start having people on.” The podcast is homespun with Shore participating in every aspect. “Everything is on your own these days. It’s crazy. No one supports you; you have to do it yourself.” That self-sufficiency was instilled in Shore by his parents.

Shore’s parents played essential roles in the trajectory of his career. They divorced when he was three years old. His mother, Mitzi, co-founded, with his father Sammy, The Comedy Store in Los Angeles in 1972. Through the club, she had a huge influence on the careers of up-and-coming comedians for decades. His father was an actor and stand-up comedian who was chosen by Elvis Presley to open for him at his comeback performance in 1969 at the International Hotel in Las Vegas. Shore shared about his parents, “My mom would be saying, ‘take it easy.’ My dad would be saying, ‘tell the truth.’ They had good runs. My poor mom she had Parkinson’s the last part of her life and that was fucked up. My dad, he just died of old age.” Shore has achieved a sensible approach to carrying on. He shares, “There’s a time for mourning. Enough is enough. It’s definitely an interesting part of my life. It is what it is. When you get my age, these are the things that you’re dealt.” 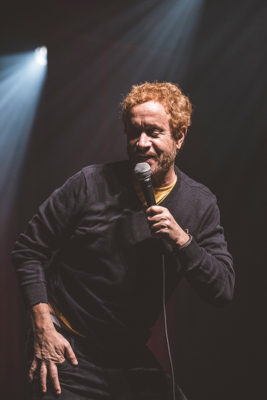 Shore’s determination and state of potentiality shows that he is comfortable with the unknown. “I think in life you have to do what works for you. I think that’s the key. Everyone is different in life. Even polygamists, you and I look at that as crazy but hey, if it works for them. When I was in Saudi Arabia, Americans have such a preconceived notion of people that wear the turbans and burqas. And that’s just how they dress and how they act.” Shore is as accepting as he is mature.

Shore’s gratified with how things are currently. “I need to accept the fact that I’m not with a wife and kids and I’m OK. I’d rather be alone, than be in a situation that I’m not happy with. Of course, I want love, I can get it from my friends and my fans, but this is where I’m at right now, as of today, the summer of late July 2019 this is where I am. I think it’s important that in life you have to be happy with exactly where you’re at. Maybe someday I will be married and then that will be that. You can’t ‘woe is me’ your whole life.”

Shore is no stranger to the Coachella Valley. He has consistently performed in this area for years and as a teen partook in raising hell in the late 80’s. “I used to party there in high school. Palm Springs is cool. When I come on the 24th I want to make it a whole weekend, so I want to come out there and enjoy the desert. I’m glad there’s a venue out there now doing stand-up.”

Now in his early 50’s, Shore has continued to develop his stand-up career since opening for Sam Kinison in the 80’s. “It’s who I am. That’s why I like touring. I just did Big Bear and that was awesome. I’ll be in New York at Caroline’s on Broadway in mid-August then I’m coming to Palm Desert, then to the Carolinas. Mostly it’s solo, but sometimes I travel with comedians.”

Shore will be starring in the motion picture Guest House directed by Sam Macaroni. The comedy also stars Mike Castle, Aimee Teegarden, Steve-O and Billy Zane. The movie is about a newly engaged couple who finds the home of their dreams and it quickly becomes a nightmare when the previous owner’s friend (Shore) continues squatting in their guest house. It leads to a turf war that ultimately ruins their house, their marriage and their lives. Shore shared about the movie, “I just finished Guest House and it was a pretty big budget. It’s pretty funny and should be out early next year. It’s all happening.”

Shore is in full swing with his weekly podcast, new film and persistent touring. Catch him at The Hood on 8/24 for his continued comedic progression.