The good people at DEG compile the ‘Watched at Home Top 20’ list with the most widely consumed titles on disc and digital during the previous week (except for outside subscription-based streaming platforms).

Assembled with the newest studio and retailer data every seven days, it confirms current consumer enthusiasm for home viewing of the newest movie (and TV) releases in order of popularity.

How many have you seen?  All these recent films are newly available for purchase whether a streaming file/link or physical disc.

So even with the future of public movie-going still in limbo at least in traditional closed venues and with the encouraging and suddenly widespread interest in reviving old school drive-ins, it is clear that we will not give up our love for and need for sharing and enjoying great stories on a big screen – even of that screen is digital and it’s in your home.  Without a way to experience a shared narrative, we are doomed. 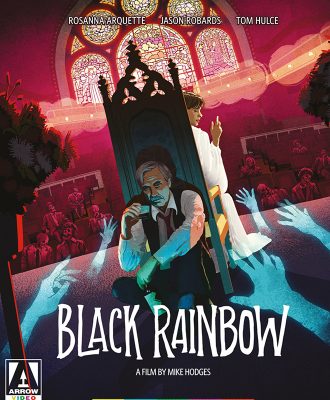 Mike Hodges (Flash Gordon, Get Carter) wrote and directed this mostly forgotten supernatural chiller that’s a cautionary on the human race’s ability to destroy the world.  This suspenseful and unsettling gothic tale of the occult will raise the hairs on the back of your neck.

Martha Travis (Rosanna Arquette) is a travelling clairvoyant on the road with her skeptical, alcoholic father/manager (Jason Robards).  The two con artists have been duping the gullible for years.

During a séance Martha appears to communicate a message from a dead man to his wife in the audience.  Shocked, the wife insists her husband is still alive. Later that evening, the husband is actually murdered by a ruthless assassin.

Unfairly, Hodges’ strange and intricately plotted film never got the exposure it deserved, now, newly restored in glorious hi-def from the original camera negatives, audiences can experience the darkness at the end of the rainbow, as never before. 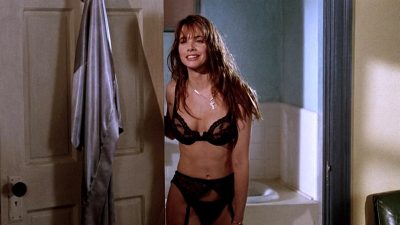 The print and it looks fantastic, the clear, vibrant colors pop from the screen and although there aren’t that many special effects, each set piece is superbly photographed and highly detailed. If it slipped under your radar back in 1989, or you saw it in a less-polished version, then Arrow’s Blu-ray is certainly worth checking out for the performances, Mike Hodges’ skill at creating busy images with very little, Gerry Fisher’s gritty cinematography and a story that, if a little overwrought in places is compelling enough to overcome its flaws and make for a darkly entertaining and solidly crafted thriller.  ARROW.