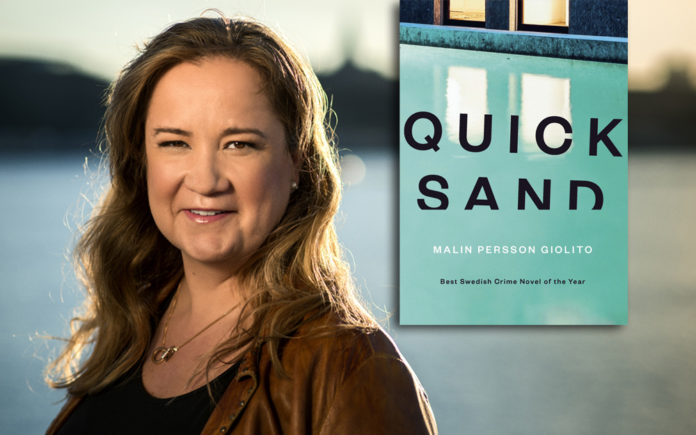 Public shootings are a horror that have become far too common. School shootings are an unthinkable nightmare. In this “Best Swedish Crime Novel of the Year” Quicksand (Other Press, 501 pages), author, Malin Persson Giolito, explores why some kids kill.

The book begins in the classroom.

The first person narrator describes the bodies of her teacher and friends strewn dead in the classroom. She coolly depicts her childhood friend, best friend and lover as they lie dying. But she, the narrator, is not on the floor bleeding with the others. She is standing with a gun in her hand.

The shooter is Maja Norberg, a well-to-do high school senior who is telling her story from a jail cell before her trial begins. 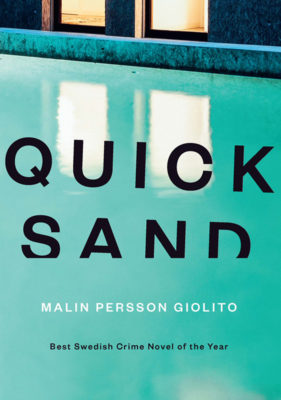 Maja is a pretty girl who had everything to look forward to. She attended the best prep school; she was popular and a top student; she has a loving and supportive family; her parents are wealthy and influential; she could be whatever she wanted. Her future was wide open and bright.

But now Maja is reviled by the public and charged for her involvement in the school massacre.

Maja slowly reveals the intricacies and complications of her life, as she tells the story of her friends, family and the killings.

Derailed by a boy, everything changed when Maja started dating Sebastian Fagerman, the son of a wealthy industrialist and the richest businessman in Sweden. Sebastian failed his last year of school and was repeating his senior year in Maja’s class.

The two had known one another from a distance since childhood. He once kissed her when she was just a little girl on the playground.

Everybody wanted to be friends with Sebastian, but he only wanted to be with Maja. Feeling special and treated like a queen, she fell for him and the wealth that surrounded him. The two traveled around Europe on the weekends and went yachting on the Mediterranean. Her parents were so impressed with they were lenient.

Slowly, Maja explains the strain and challenges of being with Sebastian. His father was controlling and belittled his son in front of her and his friends. Maja began to resent and despise Sebastian’s rude and terrible father. But as Maja pulled away, Sebastian became more needy. Although she felt trapped and controlled by Sebastian, her friends and family encouraged her to stay with her wealthy beau.

But Sebastian was one of the bodies, which lay dead in the classroom. So why did Maja pull the trigger?

This is an intriguing tale!

Right off the bat, the reader is given a clear picture of the classroom carnage. Maja is guilty. The crime is inexcusable. She admits to her part in the shooting. How can the reader listen to her tell her side of the awful story? She is a monster! She killed her best friend. Forensics proves it. But really, are things ever as they seem?

That’s what makes Quicksand so compelling. Swedish author, Persson Giolito, vividly recounts the changing reality of how the crime transpired. It helps that Persson Giolito is a former lawyer and European Official in Brussels. She delivers an intense subject and gripping trial.

Although the point of view is all from Maja, the reader gets to know her friends, family and the events leading up to the tragedy. Surprisingly, Maja is a reliable narrator. Honest and forthcoming, she wants the truth to be told and is willing to accept responsibility for her actions. She suffers for her crime and is remorseful.

Quicksand gives the reader a look into the European social structure, wealth disparity and racism. I especially appreciated the insight to the Swedish judicial system. No jury system, just three judges.

At one point, Maja speaks directly to the reader, saying: “You dislike me and don’t believe me. You want to see me condemned. I don’t blame you for thinking that way, but you are not in my situation.” Love or hate Maja, I was involved in her trial and could hardly wait for the verdict. Is justice served? Maybe. I’ll let you decide.

Quicksand delivers not only a story, but also a social commentary that is uniquely told through the life of a privileged, young girl in a horrendous situation. It is a coming of age story in the most tragic and terrible way. That is why this is such a good read.