I’m writing this as the latest Academy Awards show is ending. After a butt numbing four hours, there were intermittent moments of rewarding content, besides the awkward but fun amateur fisticuffs between Oscar nominee Will Smith and Chris Rock. My only wish was that the laughable altercation could have gone on a bit longer.

The other highlights included the multiple and well deserved wins for “DUNE,” Jessica Chastain’s win for her incredible performance as Tammy Faye Bakker and her moving, heartfelt acceptance speech.

Movies matter, and the awards for films that touch the human spirit in an authentic and positive way with stories extolling the best that we humans can become is encouraging during these times of global stress and inhuman cruelty chaos.

The PSA (?) announcements in support of Ukraine were surprising and welcome, especially after Mila Kunis (a Ukrainian) made her eloquent but brief statement. She and husband Ashton Kutcher have vowed to match up to $2 Million in a go fund me campaign to help the Ukraine war refugees.

If you are looking for something different for home theater viewing, here are two cult classic films, in stunning new hi-def transfers from the previous millennium.

THE WONDERFUL WORLD OF THE BROTHERS GRIMM (1962) 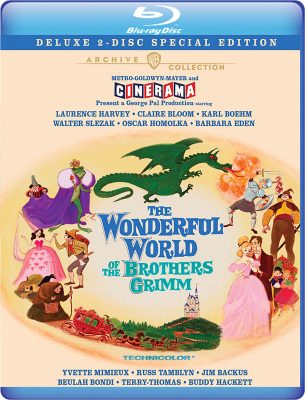 This lush, fanciful biographical account of brothers Wilhelm and Jacob Grimm has been unavailable in a true “Smilebox” aspect ratio that recreates the visual format of Cinerama or even a DVD transfer due to water damage and the resulting mold on the original negative. Thanks to the magic of current hi-tech restoration techniques, the three-strip film print has been cleaned up and the lines where the original films overlapped to recreate the ultra widescreen experience have been perfectly erased.

Sixty years ago, MGM and Cinerama joined forces to produce this lavish spectacular built around the lives of Wilhelm and Jacob Grimm. Besides the drama of their lives, the film includes enchanting cinematic version of three of their most popular fairy tales. “The Dancing Princess,” “The Cobbler and the Elves” and “The Singing Bone.”

Disc1 is a letterbox version; Disc2 is the “smilebox” edition. 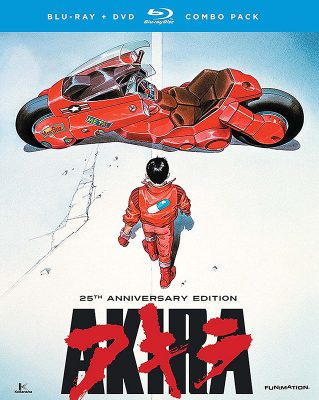 In 1988 the Japanese government drops an atomic bomb on Tokyo after ESP experiments on children go awry.

In 2019, 31 years after nuking the city, Kaneda, a bike gang leader, tries to save his friend Tetsuo from a secret government project. He battles against anti-government activists, greedy politicians, irresponsible scientists and a powerful military leader until Tetsuo’s supernatural power suddenly manifest. A final battle is fought in Tokyo Olympiad exposing the experiment’s secrets.

At first viewing, Akira’s strangeness is startling and perhaps a tad bewildering. But there is a rapturous allure to its vision of a whole world ending and then being reborn as something else. 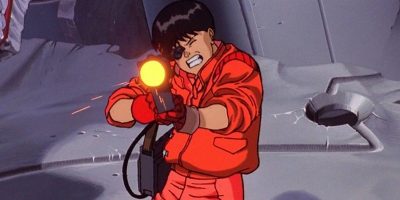 The opening motorbike chase is still thrilling, but the dedication to the backgrounds as well as crowds of people filling the screen, the explosions happening in the distance, and the eye-popping sense of scope that make Akira the classic that it is.

This singular piece of Japanimation belongs with, if not the head, the most astonishing animated features ever made. 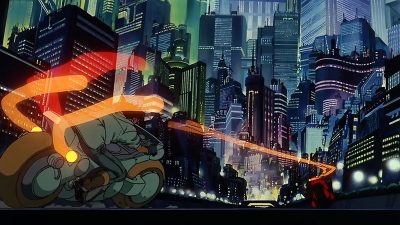 It’s a fever dream, a twisted dystopian parable of violence and rock and roll, no doubt and influence of George Miller’s “Fury Road.” Some fans consider it “Classic Disney animation on PCP. It’s the mean, psychotic, incredibly vivid, extremely violent classic that introduced anime to Westerners.

AKIRA isn’t just a movie – it’s the genesis of a genre. Katsuhiro Otomo’s landmark cyberpunk classic obliterated of feature length animation and forced the world to look into the future. AKIRA’s arrival shattered traditional thinking creating space for movies like “The Matrix” to be dreamed into reality. Funimation. Blu-ray.

I want to hear from you. What are you watching these days?