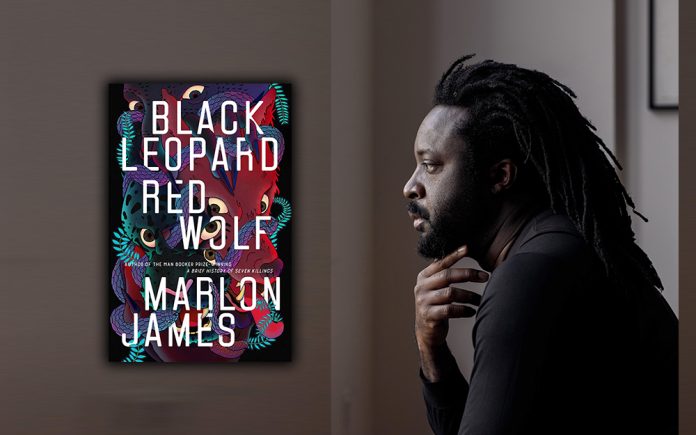 When is the truth the truth?  Is it possible that each person has his or her own perspective of the truth?  In Marlon James’ Black Leopard Red Wolf (Riverhead, 621 pages), a young man comes of age and discovers a world where reality is constantly shifting.

The story follows Tracker, a hunter with an exceptional sense of smell, who is hired to find a missing child.   Somewhat reluctantly, Tracker heads out to find the boy who mysteriously disappeared three years prior from the North Kingdom.

Accustomed to working alone, he is challenged by rogue men, women and shape-shifting characters who also seek the truth about the boy’s vanishing.

Tracker finds himself collaborating with a strange assortment of bazaar folks whose agendas to find the child may not be the same as his own.  Along the way, he travels through new worlds, forests and rivers meeting creatures and powerful figures who all seem to have an interest in the boy.

As the journey moves between worlds, kingdoms and doors, Tracker comes to better understand that reality is not always what it seems, and the quest for power and control will ultimately shape it’s own narrative truth.

At the start of the story, I thought I was reading the third installment of author James’ “Dark Star Trilogy,” with Tracker finding the child.  The opening sentence is:  “The child is dead.  There is nothing more to know.”  But as it turns out, Black Leopard Red Wolf is the first book of the trilogy!

The story is narrated by Tracker as he looks back at the events, his commission and his quests as he sets out to find the child.  The narration is episodic and jumps in time as the reader is introduced to Tracker’s colorful existence, upbringing and ancient world, which is filled with unique cultural traditions.

I quickly engaged with the protagonist Tracker.  I found him likeable and believable in his world.  The setting is an amazingly creative environment that evokes Tolkien’s “Middle Earth.”

Once beyond part One, I was absorbed into this new worldview.  However, to fully engage I had to consciously stop seeking allegories and just let this unfamiliar world unfold with all its spectacular, shameful and supernatural characters.

The author is kind enough to open his tale with a map of “The North Lands” and a who’s who in Tracker’s “account” of this telling.  This is very helpful and I found myself checking it often, as non-chronological telling can be hard to follow.

Black Leopard Red Wolf is fantasy genre, but it resonates as dramatic literature.   I don’t often read fantasy, but I could feel the author’s passion and command for the story and the world he has created.  It exists!

There is a great deal of horrific violence, graphic sex and suffering in the book.  This is not Young Adult fantasy.  Females are mostly objectified, but the women that matter to the story have their own power, ambition and impact.

Author James exposes the reader to African mythology, customs, stories and legends that break with traditional Western thought and ideas.  This is eye-opening and refreshing if you let go of self-righteous, western judgment.

Finally, James also cracks open the chronological trilogy model by dropping us into the thick of the hunt and The North Kingdom’s political order.   Like starting with episode four of “Star Wars,” the reader is thrust into Tracker’s world and is taken on the journey through his point of view.  No doubt, the next in the series will come from one of the members of those in Tracker’s group.

When the trilogy is done, what will be the truth?  What will the narrative finally say about the world Tracker inhabits?  How will that truth change his reality?  This is the beauty and timelessness of literature no matter the genre.   We now live in an age that has made “truth” questionable.