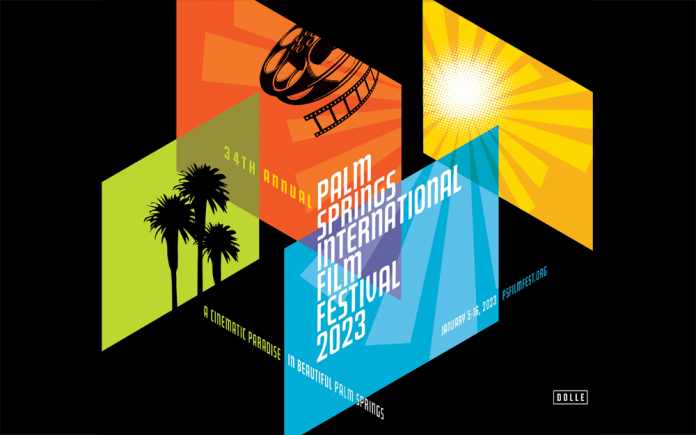 After a three-year hiatus due to the COVID-19 pandemic, the 34th annual Palm Springs International Film Festival is back in full form for cinema lovers to enjoy a variety of screenings across the desert. The festival will screen 134 films from 64 countries, including 27 premieres (2 World, 12 North American, 1 International and 13 U.S.) from January 5-16, 2023.

The line-up includes 35 of the International Feature Film Oscar® Submissions along with Talking Pictures, New Voices New Visions, Modern Masters, Queer Cinema, Cine Latino, True Stories, World Cinema Now, and more. The festival’s opening night will be the World Premiere of 80 For Brady directed by Kyle Marvin, on Friday, January 6. The festival will close with The Lost King, directed by Stephen Frears on Sunday, January 15. 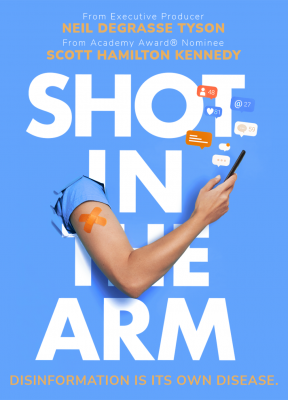 “We are beyond excited to welcome back our beloved audience and filmmakers in Palm Springs. We’re especially thrilled to be joined by all four leads of 80 For Brady. The film is brimming with joy and heart, and it’s a perfect film to kick off our 34th edition,” said Artistic Director Lili Rodriguez.

“Our programmers have dedicated almost a year to scouting the world for the films that make up this edition. It is our most thematically diverse year yet and I don’t believe you’ll find two movies that are alike. From light entertainment for casual nights out to urgent commentaries that beg for post-screening conversation and beyond, the cinema is there to capture it all.”

Brendan Fraser is the recipient of the Spotlight Award, Actor for his performance in The Whale. The Film Awards will take place in-person on January 5, 2023 at the Palm Springs Convention Center, with the festival running through January 16, 2023. The event will be presented by American Express and sponsored by Entertainment Tonight and IHG Hotels & Resorts. 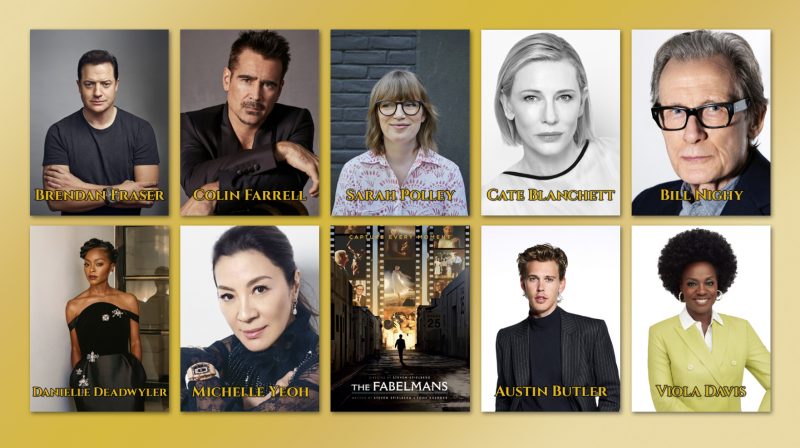 “Brendan Fraser demonstrates his impressive talent in Darren Aronofsky’s powerful adaptation of The Whale. Fraser gives an extraordinary and haunting performance that paints a vivid portrait of our inability to escape our own sadness,” said Festival Chairman Harold Matzner. “For this award caliber performance, it is our honor to present the Spotlight Award, Actor to Brendan Fraser.”

It was also announced that Viola Davis is the recipient of the Chairman’s Award recognizing her work as an actress and producer for The Woman King. Variety will honor “Elvis” director Baz Luhrmann with the Creative Impact in Directing Award at the Palm Springs International Film Festival. The award will be presented on Friday, January 6th as part of the annual 10 Directors to Watch brunch at the Parker Palm Springs. The film’s star, Austin Butler, will be on hand to present Luhrmann with the award. Butler will receive the Breakthrough Performance Award, Actor at the festival’s Film Awards ceremony on Thursday, January 5th.

Writer/Director/Producer Luhrmann is a master storyteller and pioneer of pop culture working across film, opera, theatre, events and music. His most recent film, “Elvis,” which opened in theaters around the world this summer, has become the filmmaker’s highest grossing film in the U.S. and in 22 international territories, including the UK, Mexico, Holland, Brazil and New Zealand.

“Few actresses have stepped into so many iconic roles, from rock queen Tina Turner to Malcolm X’s widow Betty Shabazz to Queen Ramonda to Coretta Scott King, and emerged triumphant from all of them,” said Variety’s EVP of content Steven Gaydos.

“In the three decades since Angela Bassett’s Oscar-nominated turn in “What’s Love Got to Do With It,” the versatile actor has balanced deep humanity with regal grace and heroic strength, all qualities essential to her work in the global film phenomenon that is ‘Wakanda Forever’.”

In addition to curating the best in international cinema, PSIFF’s Film Awards has come to be known as the first stop on the campaign trail for the Academy Awards® and our Oscar®-qualifying ShortFest is the largest short film festival and market in North America. Our festivals, year-round member screenings and educational programs manifest our organization’s mission by nurturing and encouraging new filmmaking talent, honoring the great masters of world cinema, and expanding audience horizons.

For more information on the Palm Springs International Film Festival and to purchase tickets, visit the official website at www.psfilmfest.org.