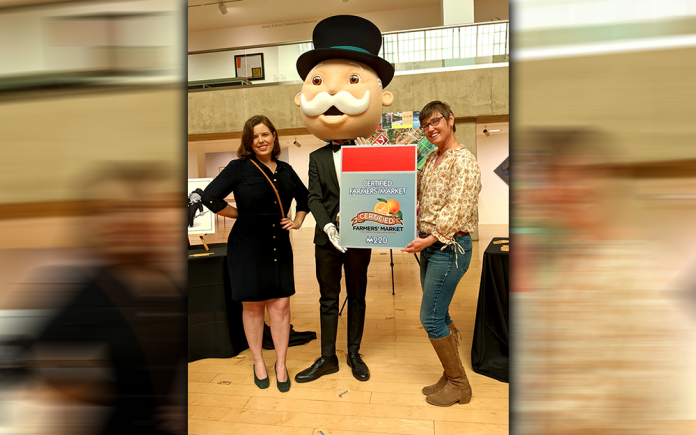 Jennifer Tripsea, a Top Trumps (no relation) representative said “Diversity and inclusion are very important to Top Trumps but most especially to the community and City of Palm Springs which had the first all-LGBTQ city council in the nation. The history of Palm Springs as the desert’s playground to the stars and the mission of Cinema Diverse to advance and strengthen the LGBTQ community through cinema felt like a perfect fit for the Palm Springs edition of Monopoly. We are proud to have Cinema Diverse be the first LGBTQ property on a Monopoly game.” 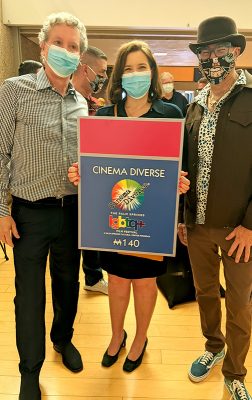 Michael C. Green, Executive Director of the Palm Springs Cultural Center and Film Festival Director for Cinema Diverse said “We are thrilled that our local LGBTQ+ film festival Cinema Diverse, which is celebrating its 15th anniversary this September, is the first LGBTQ property to be featured on a Monopoly game. Likewise, we are honored to have our parent organization, the Palm Springs Cultural Center, and another of our programs, the Certified Farmers’ Market featured in the game. It really reinforces the fact that the Cultural Center and its programs are part of the fabric of our community.”

The Palm Springs Cultural Center – the non-profit organization that produces the film festival was also featured on the board as well as the Original Certified Farmers Market in the Coachella Valley. Megan Goehring, the General Manager of the Certified Farmers Markets quipped, “A tried-and-true expression used at the Markets is that CFM customers are always winners at our tables, and it’s fun that the saying is now accurate in a new context. As one of PSCC’s longest running programs – since 2008 – it feels good to be recognized as an essential service provider that prioritizes equitable access to high quality food through our Market Match and other dollar-for-dollar programs.”

The official Palm Springs Monopoly Game is available for purchase at local retailers as well as the Palm Springs Art Museum and features well known locales, restaurants, and events. 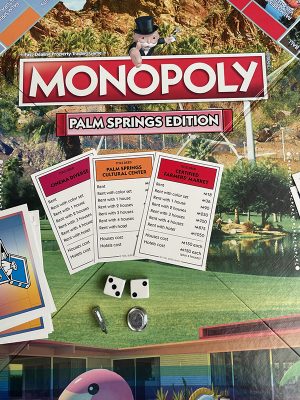 Cinema Diverse is dedicated to advancing and further strengthening our diverse gay community through the establishment of a world-class film festival that presents lesbian, gay, bisexual and transgender cinema from around the world. We feature an exciting and varied combination of Feature Films & Short Films from around the world celebrating LGBTQ+ Cinema.

LGBTQ+ Film-makers, and the stories they tell through the movies they make, empower our community, advance our efforts to gain equal rights, and often introduce us to a world that has heretofore never known us.

Each year, we invite filmmakers, writers, directors, producers, actors, film artists, film lovers, distributors and other industry professionals to join us in Palm Springs for an exciting celebration of the motion pictures that reflect, inform, enrich and often transform lives.

We believe LGBTQ+ films and LGBTQ+ film festivals are critical to our local community, and to the world community, because they tell stories that remind us of where we came from, who we are, and who we can be.