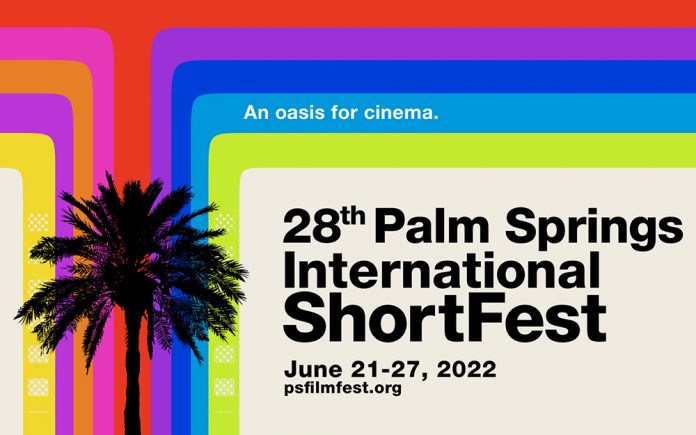 Movie buffs and film aficionados have something to look forward to this summer as the 28th annual Palm Springs International ShortFest returns to hold all of its screenings in-theatre at the Palm Springs Cultural Center from June 21 to 27.

“Despite the extraordinarily challenging times, short filmmakers have continued to produce some of the most entertaining, urgent and moving art today. We are so proud of their films and honored to be sharing their work with our loyal Palm Spring audience and the world. We are looking forward to helping create the connections and rare experiences only a film festival can make happen,” said interim ShortFest Director Sudeep Sharma.

This last February, the Palm Springs International Film Festival cancelled its in-person festivities due to rising cases of COVID-19, effectively removing the star studded awards gala and in-person screenings from the program. This will be the first in-person festival for 2022.

Some of the short films feature celebrated film and TV actors, including Eric Roberts in “Appendage”; Zachary Quinto in “Chaperone”; Peter Friedman in “Daddy’s Girl”; the voice of Brian Cox in “Five Cents”; Vicky Krieps in “Frida”; Adjoa Andoh and Amarah-Jae St. Aubyn in “The Last Days”; the voice of Isabella Rossellini in “Louis I. King of the Sheep”; Stephen Fry in “Night of the Living Dread”; Charles Rogers in “No Man’s Land”; “Roommates” produced by Paul Feig; Pauline Chalamet in “Seasick”; Rose Byrne in “Shark”, directed by Nash Edgerton; Amanda Seyfried and Thomas Sadoski in “Skin & Bone”; Molly Ringwald in “Spa Day”; “Sub Eleven Seconds” executive produced by the late Virgil Abloah; Cailee Spaeny in “Unlimited World”; Zosia Mamet (also a producer) and David Hull in “Whiling”; and Yael Stone in “You and Me Before and After.”

Each year, ShortFest reflects the evolving film industry and the world at large. As reported by the filmmakers themselves, 125 out of 300 films feature women directors, and 114 films have filmmakers who identify as non-white, attesting to the diversity of this year’s slate. 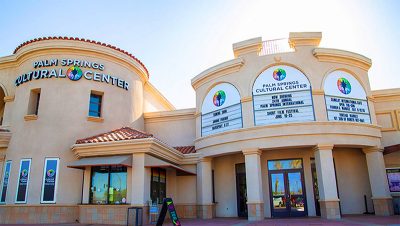 In previous years, films featured at the ShortFest have been prominently awarded. Two of this year’s Oscar winners were screened at last year’s ShortFest – “The Queen of Basketball” (Best Documentary Short Subject) and “The Long Goodbye” (Best Live Action Short Film) – along with a half-dozen Oscar nominees across Animated, Documentary and Live Action categories: “Affairs of the Art”, “BoxBallet”, “On My Way”, “Please Hold”, “Three Songs for Benazir” and “When We Were Bullies”. Over the course of 27 years, the festival has presented over 100 films that have gone on to receive Academy Award nominations. 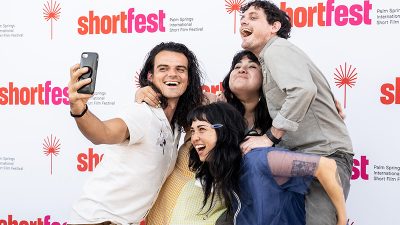 Juried award winners will be announced on Sunday, June 26, from the official selection presenting them with awards and cash prizes worth 25 thousand dollars including five Academy Award® qualifying awards. Best of the Fest shorts will screen on the final day, Monday, June 27. This year’s categories, which will have their own group of jury members, including Oscar Qualifying Awards, Student Short Awards, and Special Jury Awards.

For more information on tickets and passes and to view the complete film line-up and schedule, visit www.psfilmfest.org.