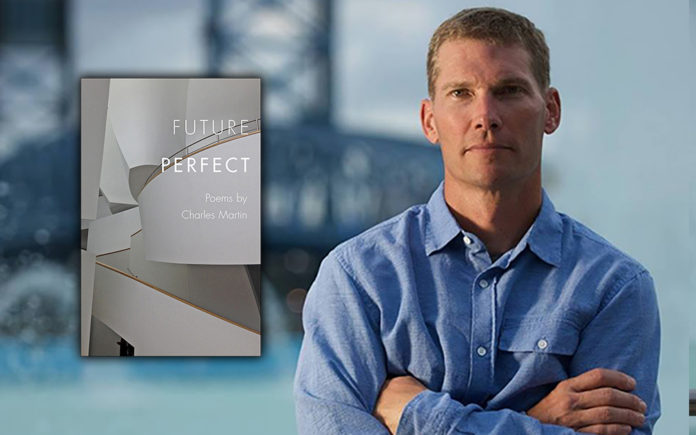 After all the good thrillers and historical fiction books read, there is something delightful and refreshing about reading a book of poetry cover to cover.

The book has 19 poems of which many have been previously published in renowned magazines and anthologies.  The book starts with “Discontents,” four lines that let’s the reader know we each have our own style and tastes, and with a sense of humor, we can find common ground and humanity.

As you enter into the pages of the book, there is a connection to the author and his subjects.  He uses rhyming schemes and templates that flow with ease and make the subject feel lighter, camouflaging the irony, mortality and injustice.

My favorite in the compilation is “From Certain Footprints Found at Laetoli.”  Here Martin gets lost in the lives of those who treaded in the volcanic ash three million years ago.

Martin imagines the family: the father leads, the mother carries her baby, an older child follows behind.  Where are they going and what are they thinking?  This is the haunting image the author portrays; yet ultimately we know they were together at the end of their journey.

“Narcissism for Beginners” has the reader take a look at him or herself and appreciate his or her vessel.  Martin writes in a verse: “Others learned early, and so they knew throughout/Their lives what they must cherish and revere:/ But I’ve just seen what I could not live without.“

Martin borrows from other literary works and authors exploring a fresh narrative.  “The Woman Taken in Adultery” is a poem about Mary Magdalene and her curiosity of why the men chose her, why they put down their stones and what did the Man squiggle in the sand.

In a first-person sonnet, Russian poet Anna Akhmatova reflects on her relationship with Robert Frost.  Both poets nominated for a Nobel, she contemplates freedom of speech and travel under a tyrannical government.  “For long ago the strong learned not to speak/Until the strongest raised his hand and voted/Theirs is a concentration that the weak/Whose speech may be ignored as it is noted.” Makes me consider our current circumstances as we struggle with human rights and the protection of children.

Pulling from mythology, Martin explores the relationship between Iphis and Ianthe.  Born a girl, Iphis is raised as a boy.  When it’s time to marry the girl next door, she shall be found out.  But with the help of the goddess Isis, she is turned into a man permanently and the two live happily ever after.

Martin asks the question:  “Why couldn’t our pair just live together/In sin or bliss, quite happily unwed/Or, for that matter, wed, no matter whether/Two girls, two boys, two something else instead.”

The author gets nostalgic as he remembers his childhood in the Bronx living under the threat of nuclear bombs in “A Child in the Future Perfect.”  Only a few pages long, this poem sums up an era of American history.  His folks are children of the Depression; there is the introduction of “credit” and a looming threat to everything built so far.

The book ends with the poem “Farewell, Voyager 1,” a sweet message about human accomplishments and the unknown future.

The poetry in Future Tense explores how quickly time passes.  Many came before us and many more will come after.  It is a book that celebrates mortality and our short existence with candor, humor and joy.