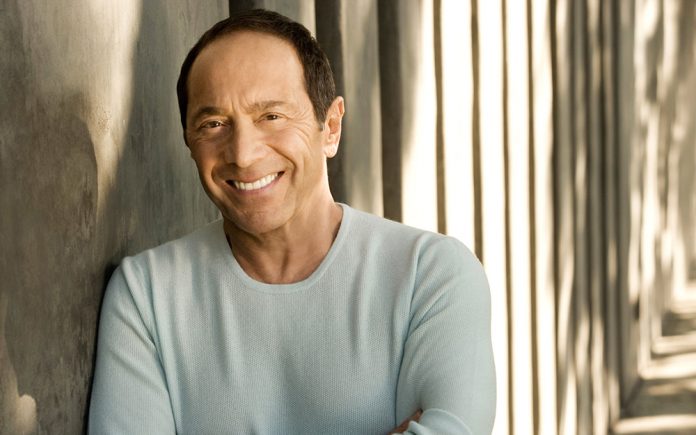 ON MICHAEL JACKSON COLLABORATIONS, SON-IN-LAW JASON BATEMAN, LOVING SID VICIOUS’ COVER OF ‘MY WAY,’ AND WHY FRANK SINATRA INFLUENCED HIM MORE THAN ANY OTHER ARTIST

With a canon of hits spanning six decades, including “Put Your Head On My Shoulder,” “Lonely Boy,” “Puppy Love,” and the iconic “My Way,” Paul Anka is one of the most prolific singer-songwriters in pop music history. The iconic vocalist has penned over 500 compositions and collaborated with a wide range of artists including Celine Dion, Ricky Martin, Tom Jones, and Michael Jackson.

Born in Canada in 1941, Anka recorded his first single, “I Confess,” at age 15. He scored his first hit in 1957 with the enormously successful “Diana.” By the mid-1970s, the success of “My Way” confirmed his status as a pop music master. Subsequent noteworthy releases include “Hold Me ’Til the Morning Comes,” a 1983 duet with Peter Cetera, and Body of Work, a 1998 duets album featuring Sinatra, Patti LaBelle, and daughter Anthea Anka.

In 2005 and 2007, Anka released a pair of cover albums — Rock Swings and Classic Songs, My Way — featuring new interpretations of songs by R.E.M., Soundgarden, Nirvana, Van Halen, the Cure and others. In 2009, it was revealed that Anka had co-written Jackson’s posthumous No. 1 hit, “This Is It,” further cementing his place among the most versatile songwriters of any generation.

In 2013, Anka put out a New York Times-bestselling memoir, aptly titled My Way An Autobiography. The following year saw the release of his “Love Never Felt So Good” from the late King of Pop’s Xscape album. As the album’s lead single, it received heavy radio play and reached No. 1 in over 50 countries.

Today, at age 78, Anka shows no signs of slowing down. On Friday, November 22nd, he brings his Anka Sings Sinatra: His Songs, My Songs, My Way tour to Fantasy Springs Resort Casino’s Special Events Center.

“The Anka Sings Sinatra tour honors a great artist who has influenced me more than anyone else throughout my career,” Anka says. The singer discussed his remarkable career and what to expect at his upcoming Fantasy Springs show in a recent interview.

FELCI: “Diana” catapulted you to stardom while you were still a teenager. In those days it was rare for an artist to also write their own material. When did you realize you had a talent for songwriting?

ANKA: “I always loved writing and songwriting just came naturally to me. I guess I would say I realized I had a talent when people wanted to listen to my songs.  When “Diana” topped the charts, that was really amazing and really gave me the momentum to keep doing what I loved.”

FELCI: In 1970 you wrote “She’s A Lady,” which was recorded by Tom Jones and became his biggest hit. More than 30 years later you re-recorded with him as a duet. Were you pleased with the results?

ANKA: “Yes, very much so. We released the song on my Duets album… and I really enjoyed that rendition of the song.”

FELCI: In 1983 you collaborated with Michael Jackson on the songs “I Never Heard,” later retitled “This Is It,” and “Love Never Felt So Good.” What do you remember about those songwriting sessions?

ANKA: “Michael was just starting out when we wrote together — this was before “Thriller” hit. He was incredibly talented. For someone who wasn’t a musician, Michael was a great songwriter and someone I really enjoyed collaborating with.”

FELCI: Martin Scorsese used Sid Vicious’ cover of “My Way” in the final scene of “Goodfellas.” How did you feel about the punk rock take on the song and its usage in the film?

ANKA: “I loved it! I love that Sid Vicious covered the song… I think it’s such a cool take on it. It really changes the vibe.”

FELCI: Your daughter, Amanda, has been married to actor Jason Bateman since 2001. Is the “Horrible Bosses” star a good son-in-law?

ANKA: “Jason is a great son-in-law who is a loving husband and father to my granddaughters. He’s such a good guy.”

FELCI: Anka Sings Sinatra — tell us about the concept of this tour, how it came about, why this is the right time for it, and what fans can expect.

ANKA: “This tour is really special to me because it honors someone who influenced my career greatly — Frank Sinatra.  I would say the impetus is the 50th anniversary of “My Way.”  The whole show is different from last time I was in Fantasy Springs — we’ve got a new set, stage, and a whole new vibe. The show has been a great success and fans are really loving the Sinatra tunes and my hits. It has been really fun doing this tour and honoring the legend.”

Tickets for Anka Sings Sinatra: His Songs, My Songs, My Way can be purchased at the Fantasy Springs Box Office, via phone (800) 827-2946 and online at www.FantasySpringsResort.com.