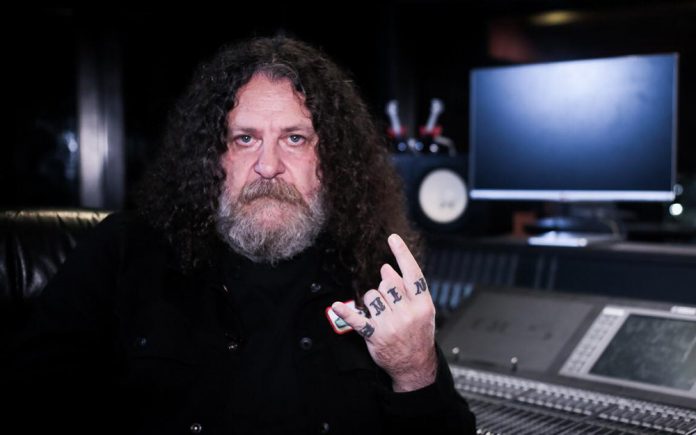 Argentina is famous for its exports such as the Tango, Evita and delicious foods like empanadas and chimichurri. You can now add Alejandro Taranto to that list.

Hovering at over 6’-4”, the intimidating Taranto is a larger-than-life personality and international music dignitary with a full graying beard, long hair and powerful frame. But don’t let his dimensions and looks fool you. He will genuinely embrace you, speak to you with his gravelly voice in Spanish AND English and get to know you with a blazing steadfast stare.

“The Sound Architect,” as he is known, is an accomplished record producer and artist manager with more than 25 years of experience in the Argentine and international markets, Taranto’s first recording credit goes back to the RIFF album VII in 1985. From there, his productions would be constant, making him one of the most prestigious producers in Argentina and Latin America. Notable albums include Los Fabulosos Cadillacs’ Yo Te Avise (I Warned You) (1987), El Ritmo Mundial (The World Rhythm) (1988) and El Satanico Dr. Cadillac (The Satanic Dr. Cadillac (1989); Los Perros Calientes (1989); Rosas En Tu Pecho (Roses In Your Chest) (1990) and the homonymous album by Los Guarros (1991); the first two works by Massacre Sol Lucet Omnibus (1992) and Galeria desesperanza (Desperanza Gallery) (1994); El Beat Club by Marciano Cantero and six albums by the heavy rock band A.N.I.M.A.L., which were distributed throughout South America and Europe.

Coachella Valley Weekly sat down with Taranto just before he departed for Argentina to tie up some loose ends before returning to the United States in late December.

CVW: Did you recently relocate to the Coachella Valley from Argentina?

Taranto: “Not exactly. I am still living in Argentina but I would love to in the near future. I am currently working on several pending record productions in the studio and music compositions and production for movies. But annually, for almost ten years, I’ve been visiting the Coachella Valley, which is without a doubt a great source of musical and artistic inspiration. I identify with the desert, honestly.”

CVW: You founded the successful TommyGun Records in 1991. What was that like for you?

Taranto: “Yes, precisely, I am the founder of TommyGun Records. I was a record producer for several different multi-national companies such as CBS Columbia and BMG. In that era, I visualized and saw the need to develop new bands with new music within the Rock genre, which were not appreciated by the executives of those companies at that time. Once the artists were developed it did catch the eye of the big multinational companies. TommyGun Records, maintained and still maintains publishing and distribution alliances with Warner Music and Universal Music. TommyGun Records currently has more than a hundred albums published, including iconic albums within Latin, Rock, Punk and Metal, such as the discs of the first South American Skate Rock band Massacre and the internationally famous A.N.I.M.A.L., among others.”

Taranto: “With the first bands you mentioned, I did begin my career, but with Los Fabulosos Cadillacs, A.N.I.M.A.L. and Infierno18, it was a lot of hard work, development and positioning at the international level, and doing it from Argentina in a time when there was no internet, I believe this counts as a double merit.”

CVW: What do you miss most about Argentina when you’re gone?

Taranto: “Basically the chaos of the city of Buenos Aires, (laughs). Honestly, speaking to my loved ones, family and friends, which are many.”

CVW: Tell us about your family.

Taranto: “My family is of Albanian-Italian origin and are undoubtedly a musical family. My oldest son Tom Taranto, 30, is an excellent multi-instrumentalist, he has recorded and published eight albums with his band Infierno18. He began his professional career at age 12 and he is also a great audio engineer both live and in-studio. My wife, Carola Lagomarsino, is also an artist, and singer of Gospel, Blues, Jazz and Spiritual. My youngest daughter Nina Taranto, 8, also has music in her blood, she sings, dances and composes songs. Like my nephew Nikko Taranto, 30, is considered one of the best Latin drummers of today. My brother Gustavo Taranto and his wife, are also in the music industry working in the production of events and musical tours. We are all involved in the music industry somehow and this legacy that I am leaving behind makes me feel very proud.”

CVW: You have a special bond with Ronnie King. What has your relationship been like with him?

Taranto: “Oh yeah! Ronnie, who I’ve known for over 14 years, is more than a friend, he is my brother for life, my music brother. We have been together in realizing so many projects from creating tours, productions in the studio, co-productions, and other mutual collaborations throughout the years to the present, in Buenos Aires, Mexico and the U.S. We even won an MTV Music Award for the production and interpretation work with Infierno18. I deeply admire Ronnie’s musical quality, and we have several things in common, almost telepathic at times with the music, he is also a very intuitive person, and I will forever be grateful for his friendship and generosity to me. Together we are a great musical team and I hope we continue to have much more success together.”

CVW: What has been your favorite part of being in the desert? 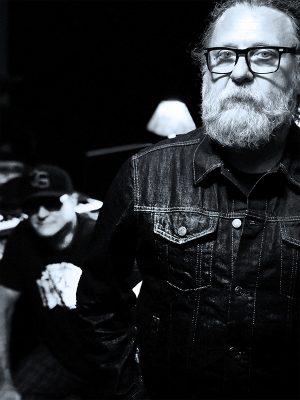 Taranto: “I try to return at least once a year to the desert and stay for as long as I can. I really enjoy the lifestyle, the energy of the people, the infinite amount of good music that is generated in the California desert, the many pioneer artists that are still on their way and new ones that have great promises. I sincerely identify with the desert. I have long felt that it is my place in the world. While I know the U.S.A. very well with all my visits and tours, I feel that this is the exact place for an artist, for people escaping the chaos of big cities, daily pressure and stress.”

CVW: You have expressed a lot of interest in the history of desert rock and how far it has come. What part would you like to play in its future?

Taranto: “I’ve always liked and have been interested in the desert. When I was the Label Manager of Hard Music at Warner Music in the early ‘90s, I received the advancement of Kyuss’ Welcome to Sky Valley album. I listened to it and said, ‘OK, this is DESERT ROCK!’ It was mind-blowing and I immediately published it without the approval of my boss. I began to help spread and disseminate Kyuss, Generator Rock, Desert Rock and Stoner Rock in South America. Also, supporting the first Argentine export within the genre, NATAS. Stoner Rock is the music that I personally like the most, to compose, play live and record. In fact my band is DROMEDARIUM and we have another project with the trio CASTELLO-FARGO-TARANTO, hopefully one day we can play in the desert.”

CVW: What desert artists have you been able to see perform or meet who you are looking forward to working with?

Taranto: “While I know the work of many desert artists, I had the honor of meeting Mario Lalli, Gary Arce, Scott Reeder, Nick Oliveri, John Stanley King, Robbie Waldman, Damian Lautiero, and many more. In reality, I would like to work with all of them. The desert is a power station of great musicians with great musical proposals, whether electric or acoustic. I am waiting for the moment to meet the other pioneers John Garcia, Josh Homme, Brant Bjork, Jesse Hughes and others. I would love it and the time will come.” 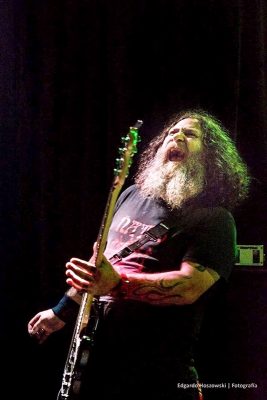 CVW: You were involved with bands from here like KYUSS in your home country. Can you tell us more about that?

Taranto: “I published the two Kyuss albums that came out through the Elektra Records label. At the beginning it was a music that was not accepted by those who listened to Metal at that time and neither did the radio programmers, but I insisted and the Stoner scene grew a lot in Argentina and the rest of Latin America fortunately. I play with Dromedarium and I profess and always support the scene and spread what I like most, Desert Rock, Stoner Rock, Metal and musical mergers with energy and good vibes.”

CVW: What do desert music fans need to know about Alejandro Taranto?

Taranto: “That I feel great being in the Coachella Valley and upon my return I am hoping the desert gives me the opportunity to contribute by adding my grain of sand and continue making great DESERT ROCK music. This is my humble desire and wish.”

“What can I say about Alejandro Taranto? We met in Buenos Aires on a record I was doing with Luciano Jr. over 10 years ago. We got along so well that he asked me to perform on Infierno18’s new record in Mexico City and I spent a month there with them. As fate would have it, they would come visit us every year for a couple of weeks out of the year and we would go to the Latin Grammys together, go do meetings and work and just chill out. We have been the greatest friends ever since and now we are partners in some very large projects here in the states, Buenos Aires, Mexico and in Costa Rica. He’s my go-to guy, he’s my right-hand man and I love him.”