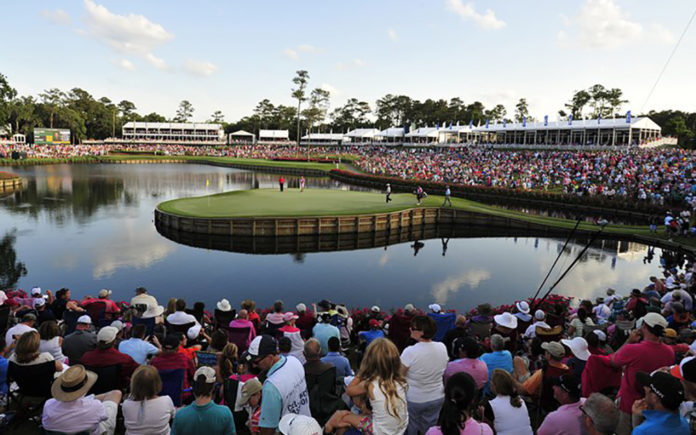 TPC Sawgrass will play host to one of the most fascinating competitions in golf this week, as the Players Championship heads to Ponte Vedra Beach in Florida once again.

The tournament, known as the “fifth major” in golf due to its longstanding prestige, is one of the most iconic on the calendar, with Sawgrass often providing a stern test for the world’s best players.

Rory McIlroy is the favorite in the eyes of many, although Jason Day, Justin Thomas and Dustin Johnson are expected to provide stern competition.

Here are some tournament details, as well as a look at some of the favorites and sleepers at The Players.

The PGA Tour confirmed some of the featured groups for this week on their website on Sunday. They were enough to get golf fans salivating.

In one, Thomas, McIlroy and Jordan Spieth will go off; three young players who, for all the major titles they’ve won, have been unable to finish top of the pile at The Players. Spieth, in particular, will need to improve around the course, having missed the cut for the last three years at this event.

McIlroy has been in decent form throughout 2018, although at the final day of the Masters, he let a great chance of victory slip away.

At the recent Wells Fargo Championship, a poor second round cost McIlroy a chance of victory; that competition was won by Day, who was the victor at The Players in 2016 and is naturally fancied to perform well again.

The other headline group sees more heavyweights in the form of Rickie Fowler, Phil Mickelson and Tiger Woods. It will be the first time Woods and Mickelson have played together here in 17 years.

Fowler also has history at Sawgrass, winning this event in 2015 in dramatic style by beating Sergio Garcia and Kevin Kishner in a playoff. After finishing runner-up at the Masters, it’s clear he’s in fine form, too.

The unpredictability of this event was demonstrated last year, as Kim produced an excellent display to win by three shots, becoming the youngest ever winner of the event at just 21.

Worth noting; He has already earned four top-10 finishes this year, too. Despite that, and his win 12 months ago, Kim remains a big outsider again at 100/1.

At 33/1, Paul Casey is an exciting option. He tied for fifth at Wells Fargo and played some tremendous golf over the course of the weekend.

Earlier this year, the Englishman also produced a win at the Valspar Championship and an incredible final round at the Masters.

Nick Watney (100/1) is another worth considering, as he’s been enjoying a solid run of golf recently. He’s made the cut in all 11 of his last outings, and at Wells Fargo, there were signs his game is beginning to click into an effective gear, as he was an impressive third.

There are a couple of former champions who will be hoping to rediscover some form this week. Neither Adam Scott (66/1) nor Martin Kaymer (125/1) have been playing to their peak in 2018, although they have previously shown they can perform around this course, winning in 2004 and 2014, respectively. My money’s on Rory and for Tiger to make the cut, which should make for an interesting weekend. G’ Luck!