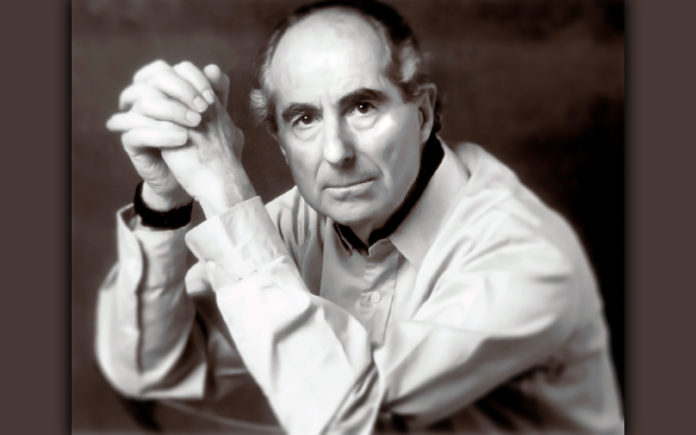 A great American novel must come from a great American writer.  As obvious as that may seem, great works of literature can often be obscured when one writes from an autobiographical experience.  Philip Roth wrote about his personal world revealing insight, irony and angst of American life, east coast culture and coming of age sexuality, which made him a literary genius and icon.

Arriving in 1933 Newark, New Jersey, Roth was a second-generation son born to Jewish immigrants.  Raised in a middle class family, Roth was an astute observer.  In high school, his yearbook described him as “A boy of real intelligence, combined with wit and common sense.”

In college, Roth studied English and earned a graduate degree in literature.  He served in the US Army for two years.

Roth started his writing career with short fiction and as a literary and movie critic where he often included his own personal experiences.  Published in 1959, his first book Goodbye, Columbus contained a novella and five short stories.  It won the National Book Award a year later.

Over his long award-winning career, Roth authored 30 books!  Roth was considered part of a pre-eminent triumvirate of literary talent that included his white male contemporaries Saul Bellow and John Updike.  Roth, Bellow and Eudora Welty are the only three authors to have their entire works placed in the Library of America.

Portnoy’s Complaint, Roth’s fourth novel, published in 1969 was his first commercial and critical success.  The main character, a young Jewish man, shares his story with his psychoanalyst trying to understand and overcome the source of his pain, guilt, shame, and lust.  Sexually explicit and Jewish centric, Roth was admonished by Rabbis for exaggerating Jewish stereotypes.

Writing about his Jewish experience and childhood reflected the nostalgia of the era, but Roth rejected the label of American-Jewish writer. 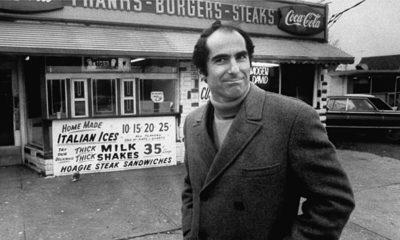 In an interview with The Guardian, Roth said: “I’m exactly the opposite of religious, I’m anti-religious… It’s not a neurotic thing, but the miserable record of religion—I don’t even want to talk about it. It’s not interesting to talk about the sheep referred to as believers. When I write, I’m alone. It’s filled with fear and loneliness and anxiety—and I never needed religion to save me.”

Roth may be most well-known for his alter ego — the admired writer Nathan Zuckerman — who explores Jewish culture and American life during and after the Second World War.  The Zuckerman stories are a collection of books published between 1979 to 2007.   There is little doubt that the novels come directly from Roth’s personal experiences.

Other popular novels by Roth include American Pastoral, I Married a Communist, The Human Stain and The Great American Novel.  Roth retired from writing in 2010.

Beyond his Jewish identity and limited geographical literary landscape, Roth was a provocative and insightful purveyor of the struggles of men in a confusing and often nonsensical world with odd restrictions, unspoken rules and undefined guidelines.

There is a misogyny that prevails in his work, but I choose to believe it is inherent to the character and setting rather than Roth himself — although he certainly had “mother issues.”  That might be illogical considering he is in so much of his work.  However, his portrayal of women indeed comes from his time, place and experience.

Roth’s humor, his ability to focus inward yet sees reality from the outside to unveil dark inner truths about his life and American culture.  Without a doubt, he was a master at blending autobiography and fiction.  He was an American first, more than his religious ethnicity.  Prose and story are intimately connected as he drew from the complex self-centered universe we all inhabit to write more than one great American novel.  RIP