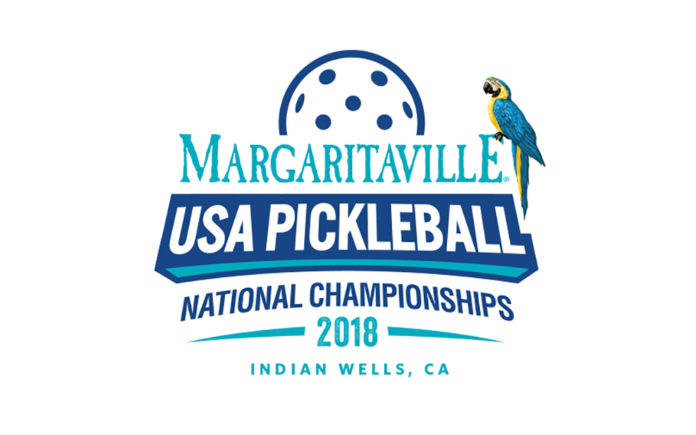 This week at the Indian Wells Tennis Gardens history is being made as the fastest growing sport in America crowns a Champion of Pickleball with a purse of $75,000, the largest in Pickleball history. It’s taken over fifty years for a game that started in Bainbridge, Washington to evolve into this level of play, a burgeoning sport with a bright future. World-class championship level play will be supported by Margaritaville quality entertainment while Indian Wells plants a firm foot in the Pickleball world as the epicenter of the sport.

In 2005, a group of interested in making pickleball an organized sport came together and formed a governing body for a game that started over fifty years ago on Bainbridge Island in Washington. As the game began to spread in the late 90’s and 2000’s across Sunbelt states, the governing board saw that they need to organize a game, sanction play and ultimately transition the game into a legitimate sport. In 2010, the USA Pickleball Association began to see traction in their membership numbers. The sport was catching on as people visited friends and families in areas where the game was being played and returned to their respective hometowns to start playing the game as well. In 2013, USAPA saw a big spike in their membership numbers and knew they needed an Executive Director. They found the leadership they were looking for in Justin Maloof, who left a career with the NHL’s Phoenix Coyote Hockey team to embark on a sports marketing adventure.

Maloof saw an opportunity to get involved in a new organization and grow a sport that was essentially starting with a blank slate. Now in his fifth year as the first Executive Director of the sport, the USAPA is set to enter the grand arena with their multi-year partnership with Indian Wells Tennis Gardens. “This tournament helps us showcase our athletes and the competitive side of the sport to the world. This partnership is a real game changer for us,” says Maloof. With over eighty age divisions of competition, players of all ages will compete for a chance to earn the record level prizes and become champions of a game that has become just as much of a lifestyle as it has a sport. This will be a major leap forward as the Indian Wells Tennis Gardens provide an incredible opportunity to turn the sport into a spectator event complete with live music, food and entertainment. Regardless of fan latitude, ESPN3 will be providing live coverage of the event, another major boost to the fledgling professional sport.

Toscana Country Club pro, Donnie Schwake, first discovered the game while visiting his dad for Father’s Day. “He was tanned and toned and looked better than he had in fifteen years! He told me he was playing Pickleball. I started watching YouTube videos to learn more about the game and then started playing a couple years ago,” says one of the top-ranked players in the game. (Note: While there isn’t an “official” ranking system there is a rating system that is used with the best being a 6.0 held by local Marcin Rozpedski). He says the game really fills a gap for seniors that may not be able to play tennis or those not interested in golf. The sport doesn’t require a lot of money for equipment and that is something he sees as a benefit to the growth of the game. 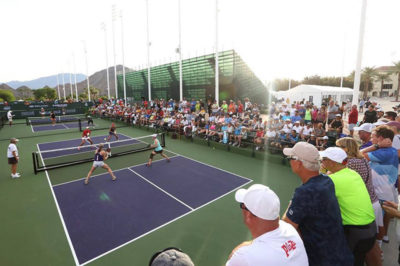 While the game has spread across the country, in particular, the Sunbelt states, with seniors often being the early adopters of the sport, younger players are quickly taking to the unique elements and competitiveness of the sport. This is a rare sport where young and old can compete as speed and strength are not the only strategies to employ on the road to becoming a champion. The social elements mix with exercise and the positive effects of the game combine to create a lifestyle sport. Donnie Schwake says once people try playing the game a couple of times, they are hooked and tend to start playing 2-3 times per week. “It changed my dad’s life for the better and that really drew me to it. Now, my job is as a pro at Toscana Country Club teaching the game to beginners. They get to enjoy the sport I’ve fallen in love with,” says the 5-time National Champion.

Last Saturday, Schwake added another win to his resume as he won the 35+ Nationals. He says the tournament has been fantastic and will be a major boost for the sport. “Honestly, it feels good to have people attend and watch our team play. And to come through in the end (as winners) on the grandest stage of the sport, feels incredible!”