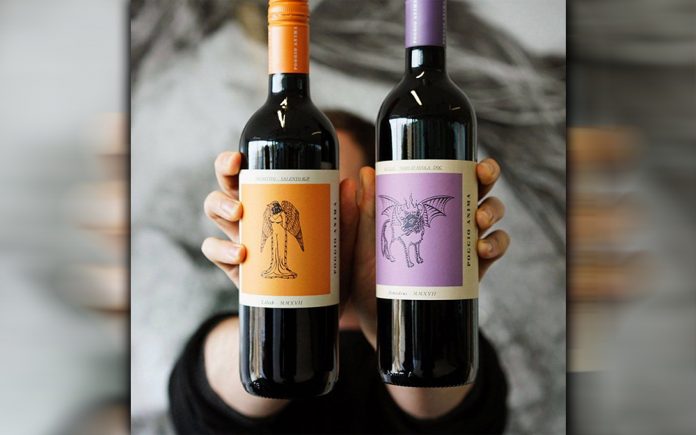 Just as in those Little Caesar commercials where the cartoon character repeats “pizza!-pizza!”, I thought you’d like a little different phrase to hook and stick in your mind, where you’ll repeat it for no reason but for the fact that it’s a little catchy—or maybe not.

Anyway—poggio is an Italian word and is pronounced pretty close in English as: “Pahd-Joh”. I know, quite often we Americans love to pronounce every vowel: like when we say “Pinot Grigio”—but really in Italian it’s pronounced Gree-Joh. Americans say the name Giovanni, with the “ee” and then “oh”, but in Italy his name is JO-vahn-ee. How many readers have I lost already?

More importantly, it’s good to know what “poggio” means. Wine enthusiasts see this word on a lot of Italian wine labels contained in the name of the company or vineyard area of the wine, such as Poggio Azienda, Poggio Antico, Castello Del Poggio, or Poggio Di Sotto and the like. The definition is an easy one though—it simply means a little hill or knoll.

We’ve all seen the beautiful vineyard landscapes in Italy be it live, or in movies, or in magazines. And we’ve seen the green knolls or little vineyard hills throughout.
“Guarda il bel poggio!”— “Look at the beautiful knoll!” Allora!

So this is a good opportunity to raise your vino awareness to the likes of Poggio Anima. Poggio Anima is a joint venture between one of Tuscany’s rising stars, Riccardo Campinoti of Le Ragnaie in Montalcino and his U.S.A. importer Ronnie Sanders of Vine Street Imports. The idea is straightforward: to source great vineyards from existing relationships and produce a real wine that conveys a place and a grape. These wines are not bulk wines or leftover juice from a winery; instead, they are the result of long-standing relationships with reputable and respected growers throughout Italy.

What sets this Italian wine company apart particularly is the use of ancient pagan beings on its labels. It’s all fun stuff; you may find the labels Halloweenish, if you will, but no one here is pushing pagan theology when quaffing down these babies—or should we say beasts!

The wine company puts this out: “There is an everyday dichotomy between good and bad in the world. Looking for balance in all things (including wine) is a vital quest for many. The Eastern ideology of Yin Yang is the core of this ‘balance’ in the Poggio Anima concept.

Fusing this Eastern belief with Western philosophy is apparent when you look at the contradiction of red and white (wines), good vs evil (demons vs angels) and modern ideas with old world winemaking practices (catchy, fun packaging with classic old world wine).

The white wines are named after religious archangels while the reds are named after fallen angels. Each wine was specifically named for the persona of the grape, region or style of the wine. Each wine hails from one variety, a single-vineyard and representing its indigenous place of origin.

This is real wine, from a real place, made by real people.

This is Poggio Anima.” (by the way—I think we can loosely translate this name as “the soul of the mound”.)

We’ve just enjoyed two bottles from the Poggio Anima porfolio: Asmodeus—a Nero D’Avola from Sicily, and, Lilith—a Primitivo from Puglia. Both go for around $17.

The Poggio Anima website states: Asmodeus is the Demon of Lust as known in the ancient Hebrew Book of Tobias. From Vine Street Imports’ website: “It is said that when Cain killed Abel, Adam and Eve separated for 130 years. During this time, Adam was tempted by Naamah and Lillith, two demons of prostitution. Asmodeus is the offspring of the relationship between Naamah and Adam.”

Comments on this wine include: The wine is perfect pizza/pasta wine. It’s ruby colored with fragrances of cherries, plum and blueberry. This is a universally gratifying wine. It’s well balanced with red fruit, spice and soft tannins. It’s drinkable, it’s lapable (yes, I made up that word after watching my dog lap up her water) and it’s dangerous. I say that because not only am I going to return to buy a case of this divine juice, but also, I just don’t see it lasting long in my house.”

“The winemakers thought this made for a great description of Nero d’Avola, a rich and opulent wine. I adore the label graphics- so simple and vivid, yet uniquely pleasing. (PS- this also makes it easier to pick out of a line up!) It reminds me of a unicorn, perhaps with more of a “bloodlusty” vibe.”

Now comes Lilith. The website continues: “According to Jewish folklore, Lilith was the first wife of Adam. She was banished from the Garden of Eden when she refused to make herself subservient to Adam’s sexual requests. When she was cast out of the Garden, she was made into a demon, and Adam was given a second wife, Eve, who was fashioned from his rib to ensure her obedience to her man.

Where Adam was created from dust, Lilith was created from filth and sediment. Primitivo refuses to be submissive to the oenology that it is the same grape as its close relative Zinfandel. Many subscribe to this idea, though they are both mutations of Crljenak, a Croatian varietal. Primitivo always brings plenty of flesh and ripeness to the table with a solid spine of certainty and structure.

Opaque ruby Smoked meat, dried cherry, cracked pepper, and cassis on the deeply scented nose. Medium to full-bodied with berry cobbler flavors showing a liqueur-like intensity with an anise note coming up with air. The smoke and cassis notes carry through on the finish, which features dusty tannins. A wine of real intensity and concentration given the price point.”

Okay—so all you Italophiles who like playing with the language, try translating this line into English: “Jack e Jill sono saliti sul poggio per prendere una bottiglia di vino.” Saluti!