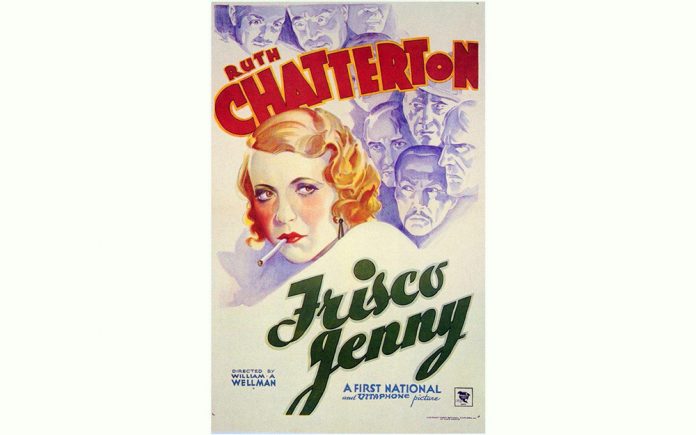 In the spring of 1934, Hollywood faced what the LA Times called “the most serious crisis of its history.”

The film capital was under siege by censorship advocates who launched  a boycott, demanding that the film industry a boycott demanding that the film industry enforce the Production Code it had adopted in 1930.  For about  years, defiant producers had cited artistic freedom and flouted the Code which prohibited vulgarity, profanity, nudity, excessive violence, illegal drugs, adultery, sexual perversion, white slavery, racial mingling, lustful kissing and suggestive dancing.  In July 1934, the controversial films were outlawed.  They became known as “pre-Code.”

Today a treasure trove of so-called films are available for the home theater.  In the next few weeks, I hope to spotlight a few of these sometimes shocking but certainly entertaining movies. 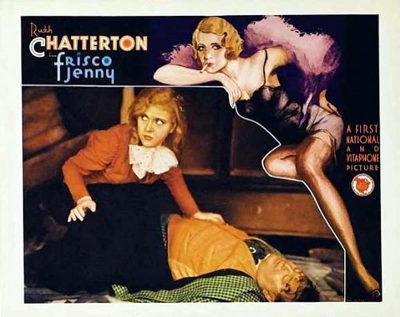 When her father and her boyfriend are killed in the 1906 San Francisco earthquake, pregnant and unwed Jenny Sandoval (Ruth Chatterton) must find a way to survive. She takes up residence in the Chinese district and is able to make ends meet, but not necessarily through legal methods.

Mixed up with gamblers and running a brothel, Jenny finds herself in a world of trouble when she witnesses a murder. Rather than ‘fessing up to what she saw, she hides the gun and gets charged with the crime herself.

Jenny’s pal Steve (Louis Calhern), a local attorney, decides to help her out by placing her son with a wealthy family until the scandal dies down and she hopefully gets released. By the time she’s able to reunite with young Dan, however, he doesn’t recognize her.

Years later, Jenny is as entrenched in the criminal underworld as ever, while now-grown Dan (Donald Cook) is running for district attorney. Complications ensue. 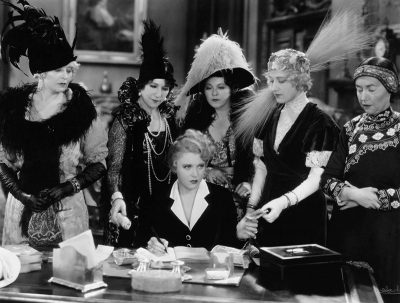 Frisco Jenny was directed by William Wellman. The screenplay was by Wilson Mizner and Robert Lord from a story by Gerald Beaumont, Lillie Hayward, and John Francis Larkin.

Jenny has always done whatever necessary to make a living and has been successful at it, but she’ll put it all on the line to save Dan and his career. She’s a fascinating character, and the film is worth watching for her alone.

Meanwhile, Dan is entirely unaware that his mother is a notorious figure in the local crime world. He has no idea of the sacrifices she’s made, in his youth or in following his rise to the district attorney’s office.

It all makes for a very compelling watch. The scenes in Jenny’s jail cell were my favorites. Chatterton is gut-wrenching to watch as she weighs her decision to either tell Dan the truth and save her own life, or protect him and accept the consequences.

Frisco Jenny‘s premise promises plenty of secrets and complications for its leading lady, and it certainly delivers the drama. It’s crime drama with a familial twist, carried out very well, with Ruth Chatterton’s performance keeping a firm grip on the viewer’s heart. Recommended.