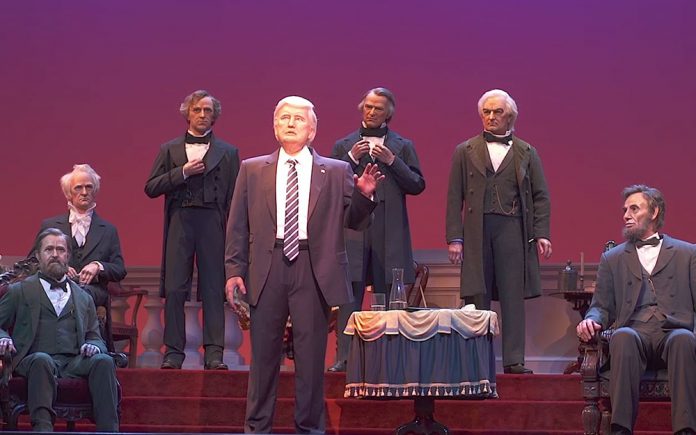 Most elections throughout the history are billed by its participants and followers as the most important in the history of the country.  In truth, some are more important than others.  Rather than get into the partisan views of the current election, let’s look at a few of the more interesting firsts.

While many presidents have supported the Boy Scouts, the first actual boy scout was John F Kennedy between 1929 and 1931.  Since then, Gerald Ford was an Eagle Scout while Bill Clinton and George W Bush were both Cub scouts.

The first to attend a baseball game was Woodrow Wilson.  He was also the first to have a Ph.D.  The only Rhodes Scholar is Bill Clinton.

The first son of a President to be elected to the highest office was not George W Bush but our 4th president, John Quincy Adams.  His father, John Adams was Vice President to George Washington before becoming the 2nd president in our nation’s history.  W’s father and President was the only President to head the C.I.A.

The first Union head to become President was Ronald Reagan.  He is also the first to win a Golden Globe Award.  In 1957, Ronald Reagan received the Hollywood Citizenship Award.  Eight years earlier in 1949, Dwight D Eisenhower won an Emmy for the documentary “Crusade in Europe” on ABC.  In 1956, then U.S. Senator John F. Kennedy won a Pulitzer Prize for his book of short biographies.

President Jimmy Carter who was born in 1924 is the first to be born in a hospital.   The first who could drive a car was Warren Harding while William Taft was the first to own a car.

No president has electricity or electric lighting until Benjamin Harrison.  The first to have central heating was Franklin Pierce.  It was not until Millard Fillmore (yes, he was a president) did a President have a bathtub or kitchen stove.

The first independent to become President was George Washington.  The first Democrat to win was Andrew Jackson while Abraham Lincoln was the first Republican.  The first to be expelled by his party while President was John Tyler.  Tyler, previously a Whig Party member, became President when William Harrison died in office (a first for Presidents).

The first and probably only President who spoke English as his second language was Martin Van Buren.  We did not have a left-handed or ambidextrous President until James Garfield.

In 1926, Calvin Coolidge became the first living President be pressed onto a coin – a half-dollar commemorating our nation’s 150th anniversary.

The first billionaire to become president is Donald Trump.

Whoever you vote for, please get out there and have your voice heard.