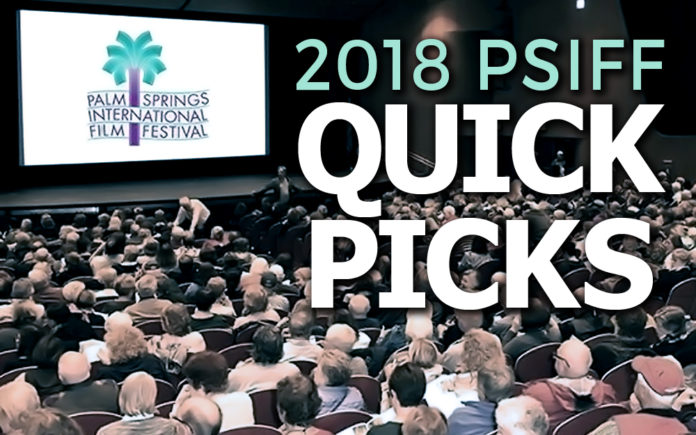 With such a rich and overflowing cornucopia of films available, it can be difficult choosing a movie to see from the 180 titles available in 31 genres showing in 423 screening venues!  Unfortunately, we can’t s everything, so here are a dozen quick picks for your consideration.  No matter what you choose, there are no bad films here.

Leá Mysius‘ beautiful and poignant film about a teen girl’s summer vacation during which she discovers she is going blind and is driven to experience as much life as she can is a memorable journey of self-awareness.  (France)

Joseph Kahn’s edgy, daring, and darkish musical (yes, musical) about modern race relations and the power of words centers on a white grad student who writes his thesis about “underground battle rap” and decides to becomes a competitor himself.  The venomous wordplay unleashes his darker tendencies. (USA)

Viktor Jakovleski’s eye-popping and dramatic look at the annual fireworks festival in Tultepec, Mexico, is a stunning and surprisingly tense film that delivers a sustained visceral thrill. (USA)

Director Shady Srour’s affable, sly comedy is about a failed Nazareth entrepreneur with a pregnant feminist wife and an ailing father who cleverly exploiting the biggest local industry — religion — with a plan to turn the air of this “sacred” city into a commodity.  (Israel)

Diane Kruger plays a grieving mother who takes matters into her own hands to get justice for her murdered family in Fatih Akin’s terrific thriller that tackles growing elements European nationalism.  (Germany)

AN INCONVENIENT SEQUEL: TRUTH TO POWER

No matter your politics, religion or denial, global warming and climate change will impact you and the planet.  This 10th anniversary follow-up of the controversial climate change documentary features Al Gore as he travels and hosts workshops that reinforce the imperative need to join the revolution for sustainable energy.  Consider well the consequences of pretending there’s no problem. (USA)

Against the advice of their bossy children and doctors, Ellen and John, an elderly couple (Helen Mirren and Donald Sutherland) takes to the road for what might be their final adventure in the family’s vintage RV in Paolo Virzi’s enchanting adventure.  (Italy)

THE LOST CITY OF Z

Don’t miss the chance to see this lush throwback to old-school epic Hollywood filmmaking on the big screen – even of you’ve watched the Blu-ray version.  James Gray’s engaging historical drama tells the astonishing true story of the obsessed British explorer Percy Fawcett (Charlie Hunnam), who literally risks all to hunt for a legendary lost city in the Amazon that he alone is convinced actually existed.  (USA) 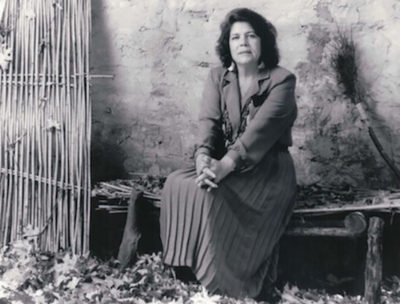 Full disclosure.  My writing partner and I were hired to adapt a feature screenplay (not this movies) based on Wilma Mankiller’s best-selling biography.  We spent a number of days at her Oklahoma home and heard her soft-spoken, humbly told and inspiring story about her journey from an impoverished Oklahoma childhood to become Chief of the Cherokee Nation (the first woman to hold that title). Valeri Red-Horse Mohl’s documentary is a fitting epitaph for a truly great American woman ahead of her time. (USA)

Manuel Martin Cuenca’s dark and funny new film is about struggling writer Álvaro who toils away as a notary.  When his wife’s affair pushes him into a bachelor’s flat and the lives of his new neighbors—he gets fresh material for his novel.  (Spain)

Robin Berghaus’ latest film is uplifting, heartrending and hilarious.  It follows Will Lautzenheiser who, after a bacterial infection required amputation of both his arms and legs, becomes a stand-up comic and a candidate for a pioneering double-arm transplant. (USA)

Real-life father and son Mohammad and Saleh Bakri star in Annemarie Jacir’s captivating Palestinian road movie about two men with big differences.  The father, Abu Shadi is a beloved local teacher.  He and his son drive around in Abu’s old car delivering his daughter’s wedding invitations.  Along the way, the differences between the son’s idealistic viewpoints and his father’s pragmatic beliefs come to the fore. It’s easy to relate to the Funny neighbors, family members, and lusty ex-girlfriends along with the heavily caffeinated conversation.  The insight into the Palestinian identity, family and community, and home is universal.  (Palestine)

Check PSIFF schedule for time and place.  And please don’t miss great opportunity to see films from all over the world because this may be your only chance.  Share with me your favorites.