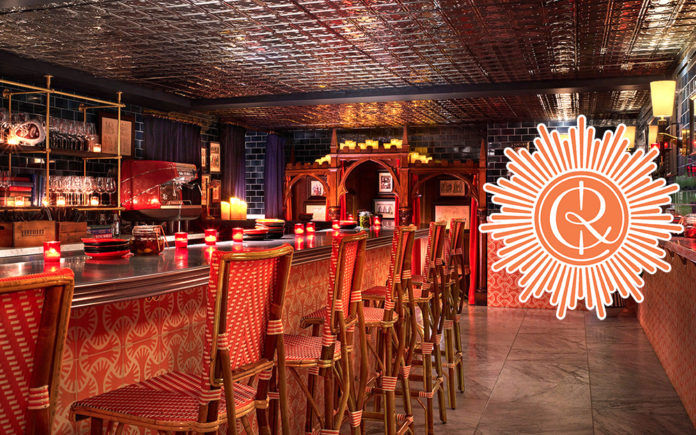 For salvation from the norm in foodie land, Counter Reformation at the Parker Palm Springs will bring you into enlightenment with imaginative small plate food creations, and a sublime wine menu, all in a candlelit, clandestine setting.

There’s always been something ultra-cool about the Parker Palm Springs. The hotel seems to be on the edge of conventionality, trying its best, and succeeding most times, to push the limits. From its provocative décor, to its decadent dining options such as Mr. Parkers, the hotel and its offerings are not for the prudish or easily offended.

But it is that in your face, whimsical play on vices, that makes the Parker Palm Springs one of the most exclusive and hippest places to stay in the Coachella Valley. And with their restaurants such as Mr. Parkers and Counter Reformation, the place to dine too.

When I first heard of Counter Reformation, which will be celebrating it one year anniversary in January, I was immediately intrigued. Admittedly, my intrigue was fueled by the mention of one of their menu items, a Foie Gras Macaron. I did the whole, “What did say?”, with slightly cocked head thing when I heard it. I mean, who would come up with such a cruel and delicious delight that would taunt those who indulge in it with wanting more? Well, that would be Parker Palm Springs Executive Chef, Herve Glin, who has been at the helm of Counter Reformation and has been coddling it from conception.

After actually locating the restaurant ( I got lost in the garden), which is not clearly marked on the hotel grounds on purpose as to retain its hush-hush allure, I sat down with Kathleen Brown, who runs the kitchen at Counter Reformation. She explained to me that renowned Chef Glin created the menu with pinpointed creative flare. Chef Glin incorporated French cuisine inspired ingredients, while retaining liberal integration of other components. The result is a menu where no two dishes are alike, each shining under their own spotlight.

There is no denying Chef Glins clear European influence to the restaurant, which is discernible upon entering the cave like dwelling. The twenty seat counter dining spot is accented with rich hues of orange and brown, an actual confessional (great for photo opts), and biblical themed pictures on the wall. Not even the introduction of rattan style bar stools can lure away the feeling of being in a kind of monastery speakeasy.

The small plate menu has fourteen selections, and can be shared, or devoured on your own. The small plate aspect encourages guests to embark on a food adventure, omitting the hazard of getting full too fast with traditional full plate portions. On my visit, Brown presented me with several menu selections to try…and with my mouth slightly salivating with anticipation, I happily accepted.

First was their Sautéed Hen of the Woods Mushrooms with Marcona Almonds & Watercress pesto. This type of mushroom is extremely meaty, and with the added pesto and dusting of Manchego Cheese, the dish could possibly make a vegan out of any fan of meat. I then tried the Seared Sea Scallop, with a Mint-Pea Puree and Lobster Glaze. The large scallop was perfectly attended to, with the mint-pea puree providing a breezy element, and the lobster glaze a silky sheet of luxury.

The Shucked Oysters were up next, served over ice with a Grapefruit Tarragon Mignonette. They serve the freshest of seasonal oysters, which that day happened to be Capitol Oysters from Washington. The oysters were super cold and excellent, especially with the mignonette, giving them just a bit of tang from the grapefruit. A serving of their Jamon Iberico would further my experience at Counter Reformation. The imported cured ham from Spain is made from the countries Black Iberian Pigs, which are fed a hearty diet of acorns, giving the ham a nutty flavor. The ham literally dissolved in my mouth….incredible!

Brown completed my eating journey with the menu item that I was most desiring, the one that brought me to the discovery of the restaurant to begin with, the Foie Gras Macaron. The macaron is filled with a Foie Gras mousse and has a sprinkling of Truffle Chimchurri relaxing on the plate around it. Shavonne, who attends to the guests at Counter Reformation and who has impressive wine knowledge, suggested that I try a bit of their Charles de Cazanove Champagne to go along with my macaron. Emphasizing that you almost can’t have one without the other. And she was right. My first bite of the macaron…I actually muttered, not so quietly, “Oh my gosh!!” And with a little sip of the champagne, I was in heaven….I had found my foodie salvation.

The wine selection at Counter Reformation is as unique as their food offerings. Every wine is selected to not reflect any other restaurant wine list in the Coachella Valley, they make a point of it. It is also meant not to price gauge either. Guests can either enjoy a 3 oz. pour ($6), 6 oz. ($11) or a bottle, which is priced fairly down the line at $40 a bottle. As Brown proclaimed, “We are not trying to be chichi…it’s been really fun here, with a lot of positive, great reviews”.

There’s nothing quite like finding something new in the foodie world in the Coachella Valley. It’s so exciting to walk into a restaurant and be completely transported, not only visually by the surroundings, but by the food as well. Counter Reformation accomplishes all of that, and with the added pleasantness of a staff that clearly love what they do.

I personally found some serious foodie salvation at Counter Reformation. With small plate innovation, amazing wine and candlelight…maybe you will too.