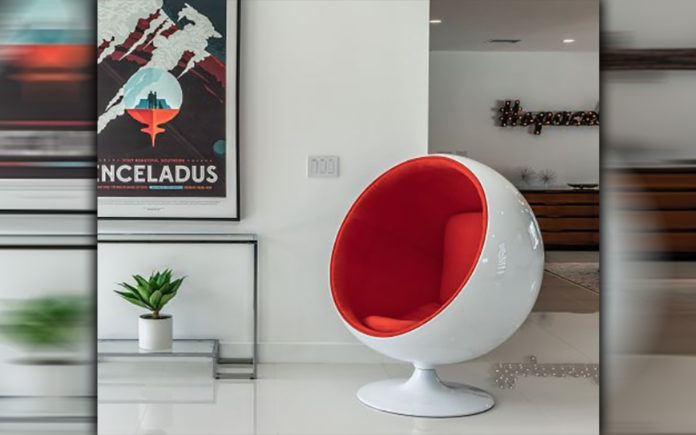 “Staying at the ACME Sputnik House during my residence couldn’t have been a better experience,” said Canadian filmmaker Jorge Camarotti, one of 11 inaugural ShortFest Artists-in-Residence.  “I feel very privileged to be part of the official selection of the Palm Springs International Short Film Festival and it is an honor to be selected in this group of filmmakers. Being here in Palm Springs gave me a real sense of belonging. I felt part of something important during the film festival”

The company housed the filmmakers in three luxury homes: The Kirk Douglas House, Sunrise Getaway and Sputnik.  ACME included each resident with a food and transportation stipend along with an itinerary of get-togethers and soirées.

“Meeting fellow filmmakers that now have become my friends, made this experience at the PSISFF so rich,” said Camarotti.  “We worked, bought food, watched screenings together, this made my week in Palm Springs so much fun.”

ACME had 179 filmmakers from around the world apply to the Artists-in-Residence program.

An ACME House Selection Committee of five reviewed each application. Originally, ACME set out to select 6 artists to share two 3-Bedroom properties. But there were so many applications they elected to double the community to 12 artists.  At the last minute, one “Artist” unfortunately could not attend because of an issue with her visa.

“We were looking to select filmmakers who would resonate with our brand by expressing just the perfect combination of authenticity, creativity and ingenuity,” said John-Patrick Flynn, Brand Manager for ACME House Company.

Flynn was surprised by how quickly the filmmakers connected.

“It was immediate,” said Flynn.  “The initial Artists Breakfast on the first full day was magical. By that evening, at the private Artists Welcome Dinner, it was almost as if everyone had known each other for years.  We had a diverse group of creatives who showed a passion for filmmaking, storytelling and communing with other artists in the pursuit of their dreams.”

Resident Camarotti wrote and directed the film “Kinship,” which screened Sunday, June 23, in the Through Thick and Thin program.  It was its International Premiere.

“Kinship” is the story about a father, recently widowed, who struggles as a single parent to care for and reconnect with his young son who refuses to talk to him.  It is a heartfelt and moving story as the two try to rebuild their family.

“I believe that a filmmaker must tell a story he knows,” said Camarotti.   “While working on the script for “Kinship,” I learned a lot about myself and also about my relationship with my father. In a way, writing the film was like therapy for me.”

Camarotti’s interest in telling stories about the most vulnerable started almost 20 years ago when he first saw a photographic exhibition called “Exodus,” by Sebastiao Salgado.

“His work opened my eyes,” said Camarotti.  “That day I completely lost my innocence towards this sad reality.  Never had I imagined that one day I’d be an immigrant myself.”

Camarotti arrived in Montreal from Brazil in 2003, and quickly learned to decode his new environment while learning English and French simultaneously.

“Giving a voice to the aggrieved and less fortunate has been a tenet of my work, through my choice of topics related to social justice, human rights and immigration,” said Camarotti.  “My approach is immersive and focused on the individuals in our society who struggle, but not through the lens of judgment or victimization. My goal is only to show how these people live, through their eyes, and their words.”

Camarotti is in preparation to shoot his next project and hopes to come back with the film as an official selection in a future Palm Springs festival.

“This group of creatives started out as complete strangers from all different parts of the world,” said Flynn. “Our goal was to give them time and space to broaden their creative horizons while communing with other storytellers in the pursuit of their artistic goals. Through a series of breakfasts, poolside chat sessions, dinner parties and cocktail soirées at our vacation home rentals, these 11 storytellers formed a creative bond – establishing a true sense of community. There is a lot of magic derived from relaxing in a gorgeous Palm Springs pool home where you can soak up the sunshine and spend long nights under the desert skies gathered around a fire pit exchanging ideas.”