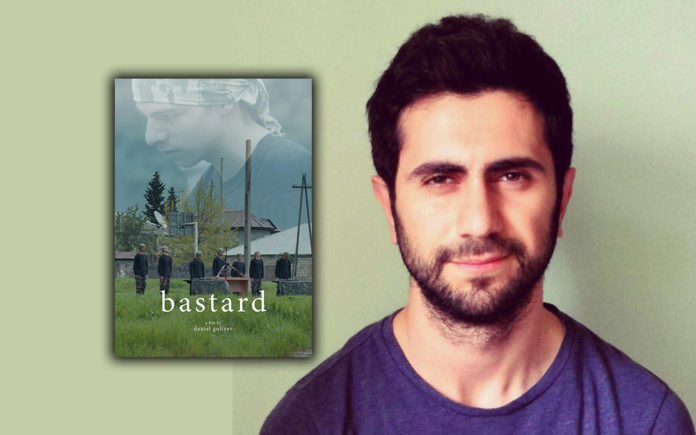 One of the great pleasures of the Palm Springs International Short Film Festival (PSISFF) is the opportunity to enjoy films from all over the world and getting an inside view of a place, its people and culture.

There were 369 films from more than 100 countries at this year’s 25th Annual ShortFest celebration.

Filmmaker Daniel Guliyev traveled 20 hours from his home in Azerbaijan to attend the fest for the world premiere of his short film “Bastard.”

“It’s great to be here with my film,” said Guliyev.  “I heard of Palm Springs from other filmmakers.  Several people I know have come to this festival, and had a very good experience. ”

This was Guliyev’s first trip to the United States.  He boarded a plane in the Azerbaijan capital city Baku, transferred his flight in Istanbul, Turkey, and arrived in Los Angeles where he met a fellow Azerbaijani filmmaker who showed him Hollywood and then brought him out to the desert.

“Palm Springs is so much more than I expected,” said Guliyev about participating in the ShortFest.  “I’m glad to be here with my film.”

Guliyev’s film, “Bastard,” is about a teenage boy growing up in a small village in the mountains where everyone knows everything about those who live in the community.  As an illegitimate child, he must come to terms with the outcast mother he adores and his own fragile self-worth.

“We shot the film in six days, in and around where I went to high school in my hometown Ilisu,” said Guliyev.  “I hired one professional actor – the mother — and the rest were all local kids.  The lead boy had the innocence I was looking for and he had never been in a fistfight which was true about the character he played.  He was exactly right for the part.”

“Bastard” is a quiet film with very little dialogue and rich with images that build thematically around a young man’s coming-of-age.

“I didn’t want a static frame,” said Guliyev.  “The camera is moving with the boy always from his point of view.  The kids are cruel to him, but he is innocent.  When the boy and his mother are in a scene together, they are never physically close.  I wanted to honor the family and their space.  It is about their relationship and how living in a small town can be a curse.”

Guliyev is a London Film School graduate and “Bastard” is his thesis film.  He earned his BA in Film Direction from the University of Azerbaijan, Baku.  His first short film “Pon” was about a father and son relationship.

Applying to the London film school was the easy part for Guliyev.  But it took a great deal of effort for him to get a government scholarship to pay his tuition.

“I had to show them my work and prove I could speak English,” said Guliyev.  “I loved living in London.”

Guliyev lives in Baku and works as a Director of Photography for an advertising agency.  He is already working on a feature screenplay about a girl who lives in a remote village and must find a way to continue her education after her school closes down.

Azerbaijan finances the arts.  The Minister of Culture receives script submissions and the country funds five to six feature films a year.  The government has no restrictions and no censorship requirements!  Guliyev plans to submit his screenplay for funding.   The country currently has only two movies houses — one in each of the country’s two biggest cities.

“We hope that will change soon,” said Guliyev.  “There are filmmakers in Azerbaijan and we have stories to tell.”