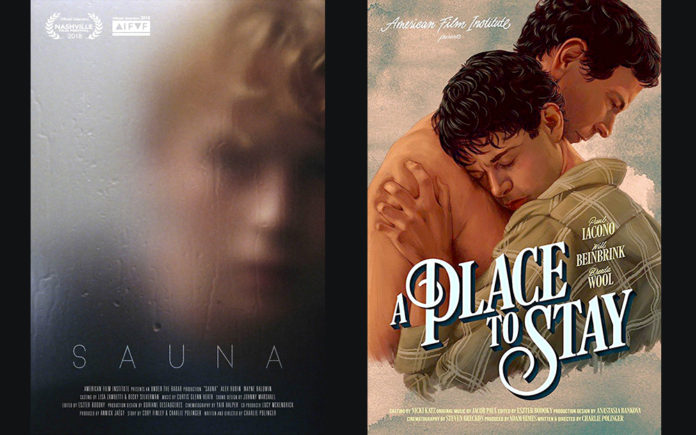 “A third of our program is composed of student films and I think when people hear that, they might assume it means the level of filmmaking is different for those films,” said Lili Rodrigez, Program Director, Palm Springs International Short Film Festival.

The truth is we don’t take the ‘student’ part into consideration in the programming process, so these shorts are serious works that demand to be seen and happen to be student films.”

The Palm Springs International Short Film Festival is the largest in North America.  With over 5,000 films submitted this year from 157 countries, many are by college and universities students.  But what truly makes it the best of short film festivals is its outreach and encouragement to student filmmakers.

“We call ShortFest a $500,000 educational initiative,” said Harold Matzner, Chairman of the Palm Springs Film Society in his welcome letter.   “It provides invaluable career information at master classes, panel discussions and one-on-one meetings with industry people who will talk to film students and young professionals about how to make that next step after showing their film in the festival.”

American Film Institute graduate Charlie Polinger had two films in the short Fest this year.  A Place to Stay screened in the “Gay!La” program and Sauna showed in the “Boy’s & Men” program.

A Place to Stay (17 min.) is a 1950’s period piece about a young man who drives across Missouri to confront his lover, and discovers he has a double life.

Sauna (13 min.) tells the story of an anxious teenage boy who struggles against bullies, puberty and his fears of mortality when his parents send him to a summer water polo camp.

Both Polinger’s films are made with a level of sophistication and skill.  Many of the “Student” films in the Fest are among the most entertaining.

CVW: What does it means to you to have your films included in the PSISFF?

CP: We designed the films with the intention of sharing them with audiences on a big screen, so to see that realized is very exciting. Palm Springs has a dedicated festival following and it’s been great to meet both other filmmakers and film lovers from the community.

CVW: What does the PSISFF provide for new filmmakers?

CP: The festival provides an opportunity to meet so many other new filmmakers and see their work. It’s rare to find a festival with such a concentrated mass of short filmmakers all supporting each other’s films.

CVW: What is the best part of this festival?

CP: It’s very well organized so that everyone gets a real opportunity to see the films and meet fellow filmmakers. They’ve done a great job of building a community around the festival.

CVW: What do you plan to do next?

CP: I’m developing a few feature scripts and hoping to shoot one in the coming year.

“ShortFest is about much more than watching short films as a unique way to beat the summer heat,” said Matzner. “ShortFest is mostly about nurturing creative talent and developing the filmmakers of tomorrow.”

The entire event is filled with talented filmmakers who share a creative camaraderie and joy for film that permeates the festival.   Life-long relationships are made and future filmmakers are shaped.

“ShortFest serves filmmakers who are at many different stages in their careers – from veterans who prefer to work in shorts, to filmmakers who move between features and shorts, filmmakers at the beginning of their careers and students,” said Rodrigez. “We love celebrating that and hope it gives student the confidence to keep doing what they’re doing and telling the stories they want to tell.”