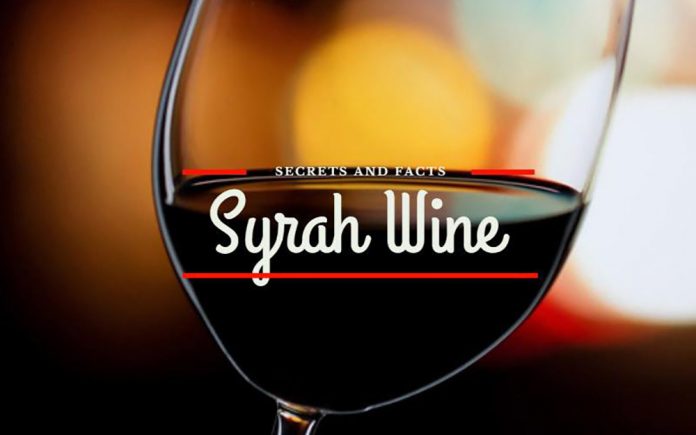 A decade or two ago, I remember Syrahs were the bomb! The wine shelves at the store were full of Syrahs from the California Central Coast, the South of France, Australia, and the “new” up-and-comer Walla Walla. Everybody seemed to be enjoying the full fruit flavors and interesting complexities found in these wines.

But lately—not so much! Just the other day, I sold one of the last California Syrahs—a Kendall Jackson Vintner’s Reserve Syrah, left on our shelf, and, we’re not getting them back, i.e., our Ralphs store has fazed the KJ Syrah out. And we don’t really have any pure Syrah on our shelves at all!

We know how popular Cabernet Sauvignon is; how popular Pinot Noir is becoming; even the much-maligned Merlot is making a come-back. But we’re still not seeing the Syrah saddling-up as of late!

And there is so much good Syrah continually being produced in the world—as I’ll mention below. You have these wines that are lavishly rich in fruit, that can stand up to a lot of barrel aging, that have a very definitive flavor profile that ranges from smoked meats to black pepper, to black fruits like plum, black currant, black raspberry—you would think the Cabernet Sauv drinkers would be all over this wine, especially with the fact that Syrah is half the price of a comparable Cal Cab!

Because of the smoke, spice & meat in the wine, it is one of the best wines to pair with a steak as they absolutely enhance each other. And what Syrah has over Cabernet and Merlot is a little higher natural acidity, which makes for a more balanced wine experience at the table. But no one here is attempting to sway one away from their favorite wine; rather, keep a Syrah in mind for a change of pace red wine dinner.

I notice from some of the newbie wine folk coming in my wine department, that they are a bit skeptical on “Syrah” versus “Shiraz” name. No problem here, we’re talking about the same grape. Pretty much all the Shiraz grown in Australia was originally brought from the Rhône Valley in France where the famous Syrah is produced. And we love the way the Aussies say the word “shiraz—that rhymes with “jazz”.

In a most interesting turn of events/names, vino archaeologists have found remnants of “Syrah” wine in ancient clay vases found in Persia in and around the city of Shiraz. It’s credibly believed that during the times of Alexander the Great, those ancient vines taken from Persian were replanted in—you got it!—the Rhône Valley.

We’ve written before on the classic Syrah vines in the Rhône Valley. Last year, I got to witness first-hand the famous “Hermitage Hill” somewhat off the North Rhône River. For those of you who know this area, you’re familiar with the world-famous Hermitage. Limited to just over 300 acres of vines on the renowned Hermitage Hill, Hermitage wine is uber-Syrah—the most valued and expensive in the world. Its scent and flavor are almost overwhelming, it can age forever, and is like a stellar vintage port without the added brandy. Stunning stuff at stunning prices! In its shadow, down from the Hill is the Crozes-Hermitage that gets you an appreciation of the experience, but much easier on the wallet.

My current wine love affair is Syrah from Walla Walla, Washington. Having tasted the best Syrah/Shiraz from all around—Syrah from Walla Walla is world-class. The area is one of the most fertile agricultural areas in the nation, producing such crops as wheat, asparagus, strawberries and the famous Walla Walla Sweet Onions. These days however, it is wine country that Walla Walla is most celebrated, with more than 100 wineries representing a wide range of varietals. And the stuff that’s especially bowling us over is their red wines: Cabs, Merlots, red blends, and the star of the show: Syrah

Their ancient volcanic terroir works as a heavenly garden garrison allowing the Syrah to shine with vibrant and complex flavors which produce a wine of elegance and balance which makes a splendid match for a meal. The classic profile includes aromas of cured meat leading to flavors of dark fruit, blueberry, black pepper, black tea and earthy minerality that are backed by smooth, “approachable” tannins in the lengthy finish.

Boom Boom! Syrah (around $15) by Charles Smith, is an entry-priced Syrah from his hometown of Walla Walla. “It begins with an enticing aroma full of blackberries, white pepper, hints of smoked meat and beautiful floral notes. Taking a sip reveals lots of meaty, dark juicy fruit and other flavors familiar to the nose. This is a smooth, really nice example of Syrah that’s actually rather Northern Rhone-ish. Firm tannins and some nice mineral notes lead into the dry finish.” 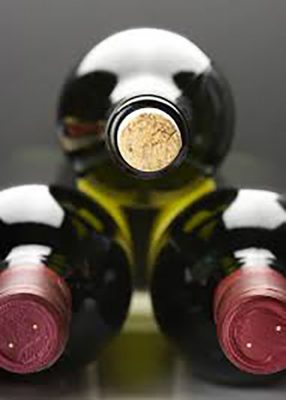 At only 13.5% alcohol, it’s an ideal red for the hot days and nights. At a meal of saucy charred ribs, the wine showed some lively raspberry and blueberry notes along with its usual pepper and grilled herb flavors.

With so many Millennials getting into the wine game, and, with their love of full flavors, I think Syrah will be back in the high life again. Whether you say it in French, Spanish, or Italian, it’s pronounced the same: “Que/Che Sera Sera”—whatever will be, will be. Cheers!